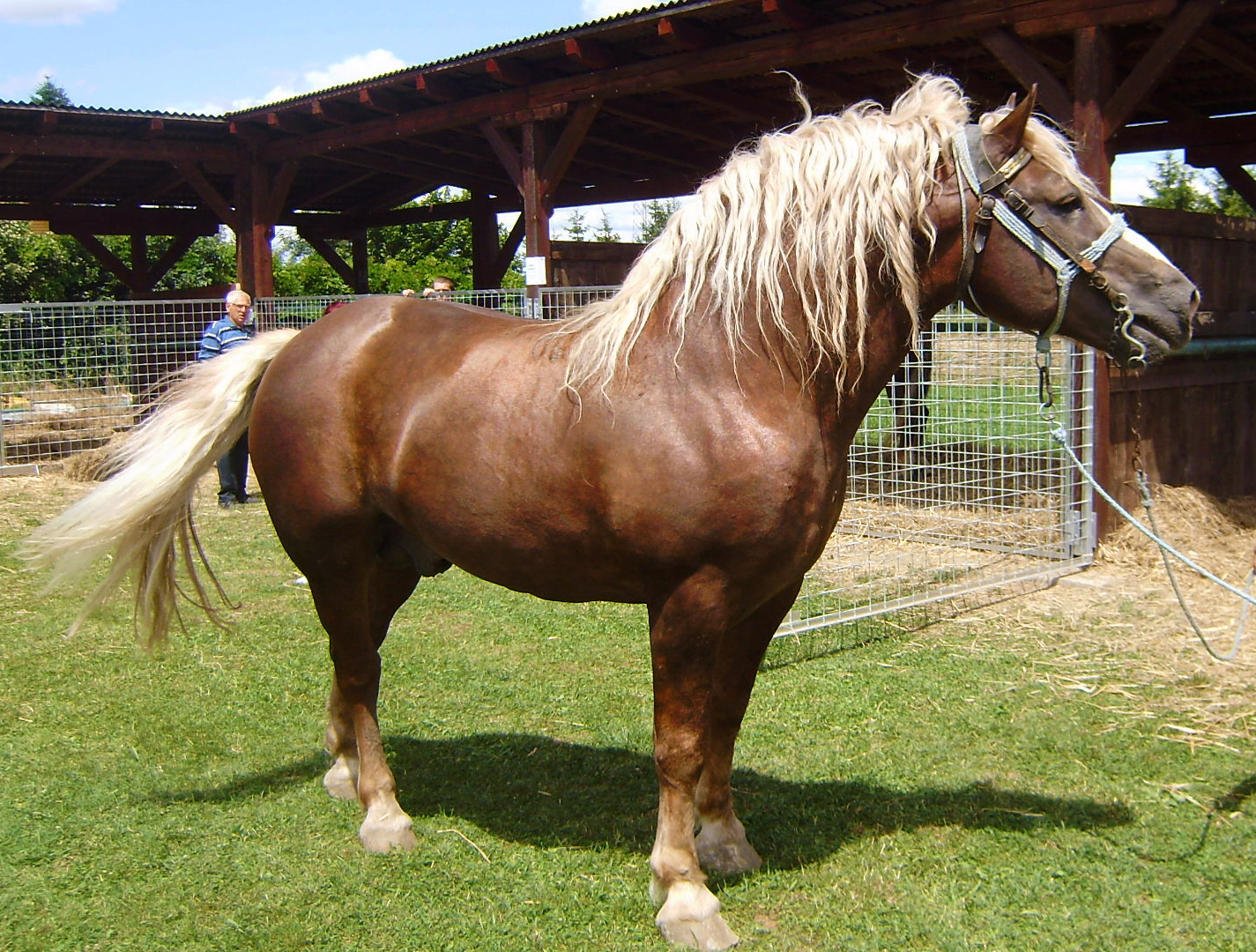 Breed origin: The Međimurje is a coldblooded heavy horse named after the Međimurje County in what is now northern Croatia, where it was developed in the 18th century. In this region there were a great number of pure and cross-bred Arabian horses, which were brought to Međimurje by the local Counts in the course of their long struggle with the Turks. In order to produce a large working horse, local mares with Arabian bloodlines were crossed with Noriker stallions. This resulted in a lighter type of horse that was used for pulling trams and transporting goods over long distances to cities such as Vienna and Budapest. A heavier type of Međimurje was then created by introducing two Belgian breeds, the Flemish and the Brabant (these have since merged to become the Belgian Draft Horse). The heavy type was used for forestry, agriculture and load pulling.

Soon enough, Međimurjes had spread across Hungary, Slovenia and Austria, as well as other parts of Croatia. They were a popular draft breed thanks to their combination of strength, docility, hardiness and refinement until the advent of mechanisation in the mid-20th century. Like most heavy horses, the Međimurje was made redundant by automobiles and farming machinery. It became all but extinct everywhere except its homeland, Croatia. Luckily, staunch advocates for the breed fought for its survival and put into place policies to protect and develop the Međimurje. A breeders association was founded in 2001 and a stud was established in 2015 with the aim of not just preserving but revitalising the breed.

Distinguishing features: A medium-heavy breed, the Međimurje stands between 15.1 and 16.1 hands high, with a solid, powerful build and big bones. It has a quiet, friendly nature, needs relatively little fodder, and is a willing, obedient worker. The Međimurje has a fairly small, noble head with a wide forehead, small ears and expressive eyes. Its neck is dramatically crested and very muscular, leading to strong shoulders and a deep, wide chest. Međimurjes are built for pulling loads, with a short back and a broad, rounded, well-muscled croup. Their strong, straight legs have large, clean joints and light feathering above their wide hooves. The most common colours are brown, black, bay and chestnut, with roan and grey also appearing occasionally. Like their relative the Belgian, many chestnut Međimurjes have flaxen manes and tails and pale points.

Modern day Međimurje: The Međimurje is now used primarily for tourism, especially pulling carriages, but in some marginal areas it is still used for farm work. Conservation efforts are divided between tourism, agriculture and forestry, and the breed is seen most often in its native region of Međimurje.