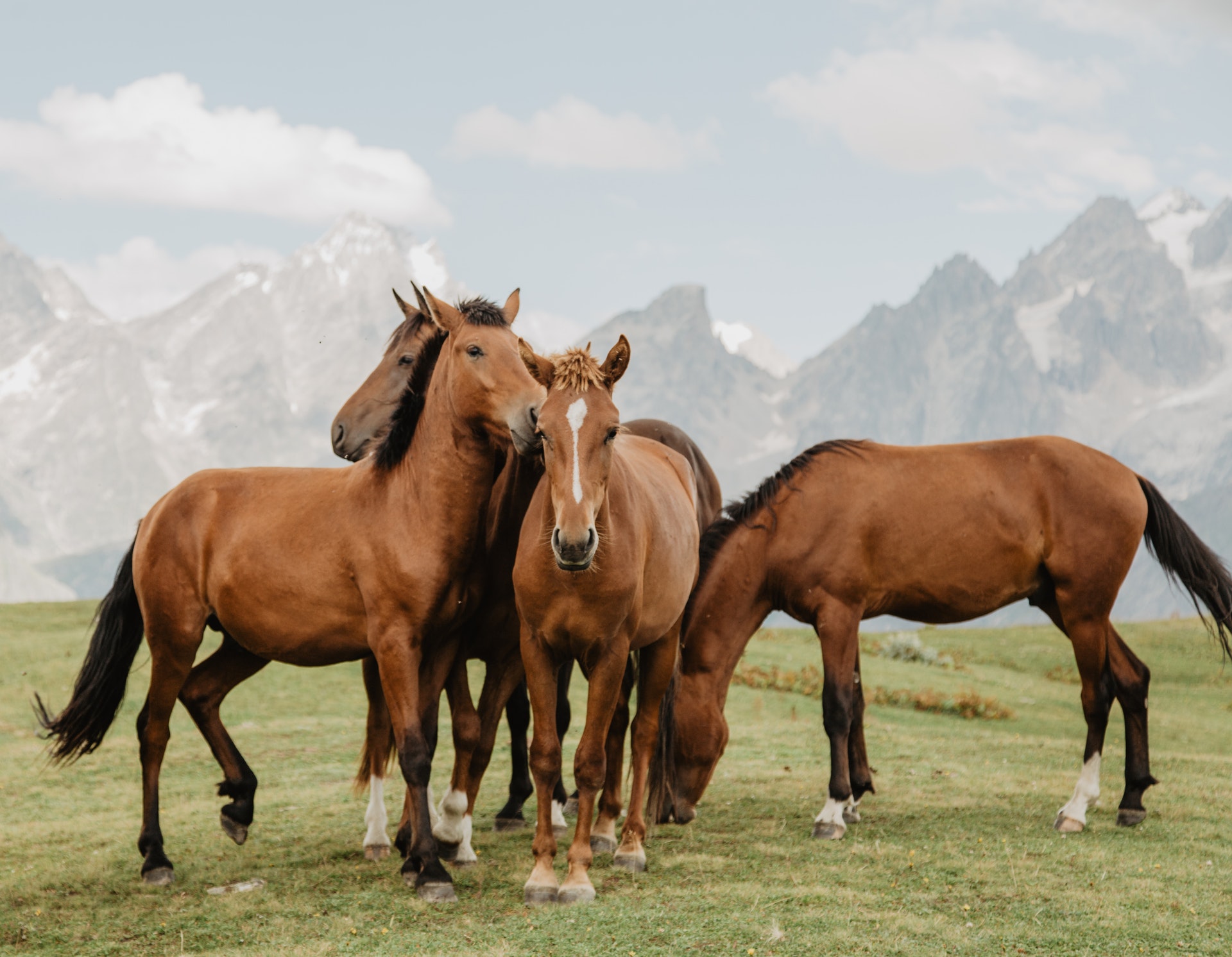 Breed origin: One of three native Georgian horse breeds, the Megruli is found in western Georgia, from the lowlands near the Black Sea to the soaring Caucasus Mountains. It is descended from the horse of the Colchians, a group of people who inhabited present-day western Georgia from the 13th to the 2nd century BC. The Colchians were famed for their horses, and their descendants have bred horses on the lowlands ever since. The Megruli breed has changed very little over time, shaped by the combined forces of nature and humanity. The environmental variation of their native territory has made Megruli horses highly adaptable, able to live in the mountains just as happily as the wetlands. Historically, the breed was used as a mount and packhorse in the mountains, and in the lowlands it was used for agricultural work. 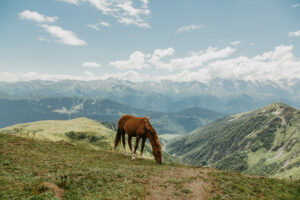 Distinguishing features: Megruli horses are the smallest of the Caucasian breeds, standing around 12.3 to 13 hands high. They have a strong, square body with a short neck, a straight back and short, sloping hindquarters. Their legs are straight and clean, with well-developed joints and hard hooves. Their relatively large head features a straight profile, lively eyes, a fairly wide forehead and a narrow muzzle. Megrulis mature slowly, growing up to the age of five or six, but they can be used for light work from the age of three. They are surefooted, hardy and have excellent stamina. They thrive on native vegetation and can live in a variety of habitats. Megrulis are exceptionally hard workers, able to carry loads weighing 100 to 130 kilograms – as much as 40% of their bodyweight! The most common colours are bay and chestnut, but brown, black and grey are also seen. 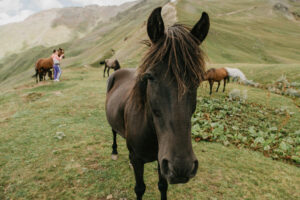 Modern day Megruli: In western Georgia, Megruli horses are still used for riding, farm work and carrying loads, as well as for racing and various equestrian games. However, there is no organised breeding program and as a consequence, the Megruli is in danger of extinction. 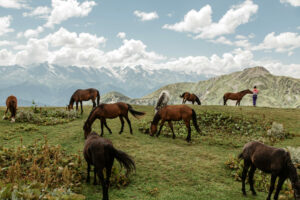 We are immensely grateful to Zhanna Fort for supplying what we believe to be the only high-quality photographs of Megruli horses available online. The photos in this article be seen and downloaded for free on Pexels.