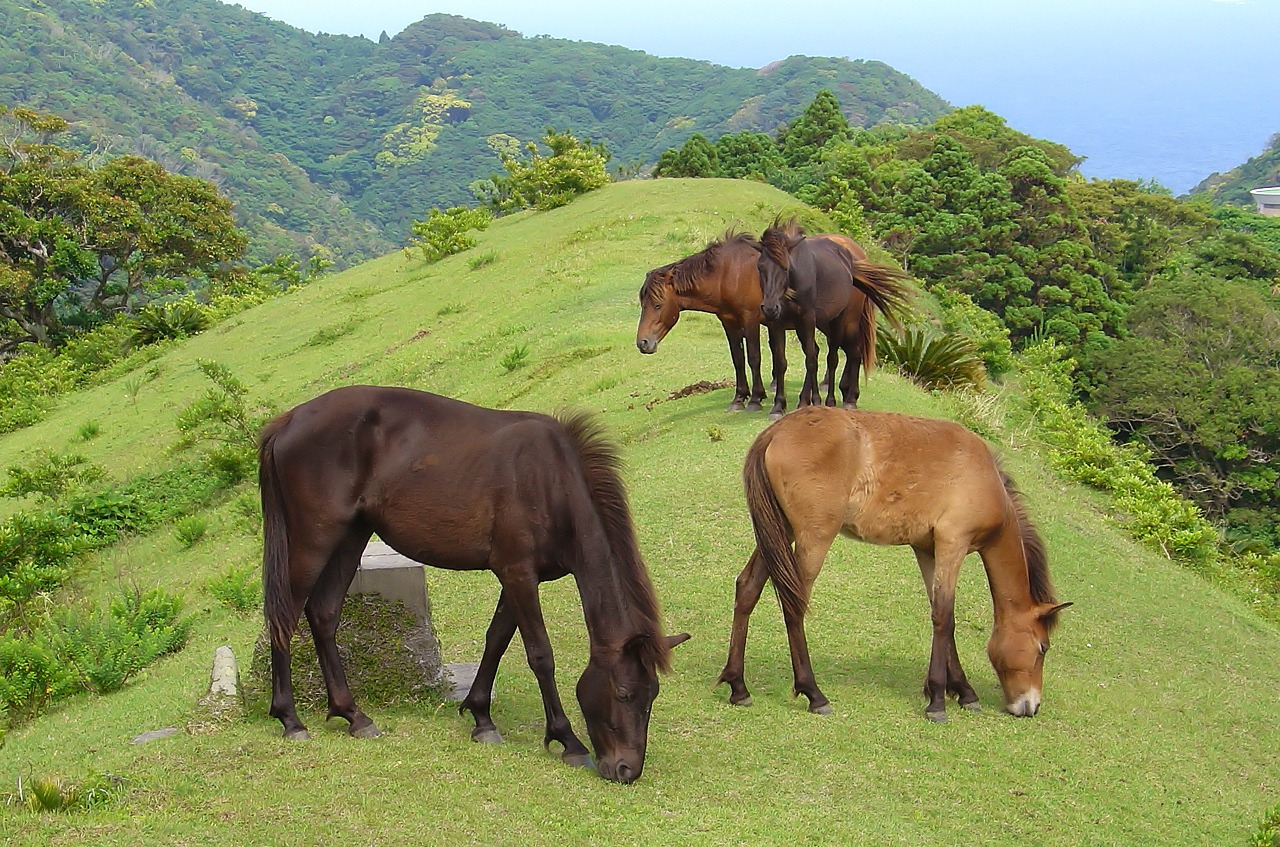 Breed origin: The Misaki horse is one of eight native Japanese breeds of horse. Although it is quite short, it is always described as a small horse rather than a pony. The Misaki comes from the Miyazaki Province, and remains dating back to 1185-1333 have been found in this area. Prior to that era, the breed’s origins are unclear, although it is believed that they developed from a diverse range of stock brought over from various parts of Asia. These importations date back at least as far as the 6th century! For many centuries, Misakis were used for light farm work and as pack horses. Then in the late 16th century, they were commonly used in warfare. A ranch at Cape Toi was established in 1697 by rounding up a large population of feral Misakis from the local area. The ranch bred them for both farming and military purposes, at which point the Misaki breed was identified for the first time in historical records. In the late 19th century, this ranch was nationalised and sold, becoming a common ranch.

Like many other Japanese horse breeds, World War II decimated the Misaki population, but a lucky few survived and continued living in their native region. The Misaki breed and its habitat on Cape Toi were named a Japanese National Natural Treasure in 1953. Numbers remained low, with just 53 individuals recorded in 1973, but over the years the breed has gradually recovered. Feral populations still run wild with very little human invervention on Cape Toi, and are a big tourist drawcard.

Distinguishing features: The Misaki is a small horse, standing between 11 and 13.3 hands high. They can be chestnut, bay, brown or black. White markings are extremely rare. They have a large head, long neck, prominent withers, straight back and solid, well-defined joints. Light feathering is often seen on the fetlocks. They are strong for their size and extremely hardy.

Modern day Misaki: Today, Misaki horses live in feral herds in a protected area of Cape Toi, where they attract many tourists hoping to catch a glimpse of the wild horses. As of 2007, there were 120 Misakis in existence, and the breed is listed as critically endangered.