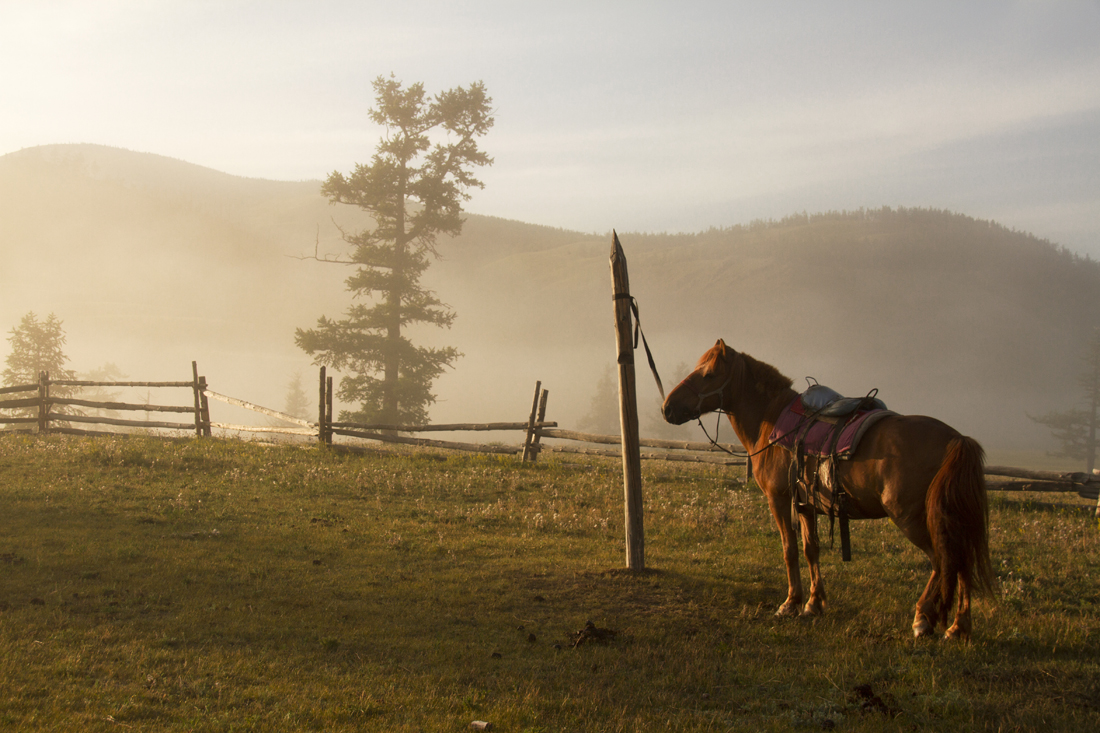 Breed origin: The origins of the Mongol horse are hard to determine. Of all horse breeds, Mongol horses have the largest genetic variety, indicating that the breed is very archaic with little human-induced selection. Some believe that Mongol horses were the first true breed of modern horse, and their genetic influence on countless other breeds supports this theory. The breed was domesticated in Central Asia around 10,000 years ago, and has been ridden by the people of the steppe for at least 4,000 years.

Probably the most important moment in the breed’s history was when Genghis Khan used the horse of his homeland to conquer huge swathes of Europe and Asia, forming the Mongol Empire. At its height, the empire stretched from Budapest in the west to Korea in the east, and it could not have been won or maintained without these incredibly tough horses. Warriors owned between three and twenty horses to ensure that they always had a fresh mount, and would ride up to 80 miles in one day across every imaginable terrain. They also relied on the horses for transportation, sport, hunting, milking, and spiritual power.

As the empire spread over the world, so too did the Mongol horse, proving its superiority through its hardiness, incredible endurance, self-sufficiency and strength. It became the foundation for many new breeds in Asia and Europe, and was used to improve countless others. The result is that the influence of the Mongol horse can now be seen in breeds as seemingly unrelated as the Icelandic horse, the Connemara and the Hokkaido.

Modern day Mongol horse: Today, Mongol horses are still central to their nation’s identity and traditional way of life. The saying goes, ‘a Mongol without a horse is like a bird without the wings’. Many Mongolian people still live nomadically, relying on herds of cattle, goats, sheep, yaks, camels and horses for food and many other resources. Of all the livestock animals, horses carry the most prestige: a nomad with many horses is considered wealthy.

Approximately 3 million horses live in Mongolia, which equates to about one horse per person. They live in large, semi-wild herds, grazing and finding water where they can and being brought in for work and milking between three times a day and a few times a week, depending on the season. While male horses (usually geldings) are used for riding, herding, transport and other daily tasks, mares are needed for their milk, which is used to make the fermented drinks airag and kumis. In the summer, mares are milked up to six times per day. Horse meat is also considered the healthiest and tastiest meat. Horse hair is also used to make a number of products including rope, morin khuur (Mongolian violin) strings, and a variety of ornaments. Manure from horses and other livestock is also dried and used to fuel fires. Despite the often harsh conditions in which they live, Mongol horses live and work for many years. It is not unknown for them to reach 40 years of age.

Another important part of Mongolian culture is horse racing. At the summer Naadam festivals, racing is one of the three ‘games of men’, although the horses are ridden by children! Jockeys race their horses as far as 30 kilometres in races organised according to the horses’ age. Most families will own one or two racehorses, which are carefully trained and fed to give them the best chance of success. Some wealthy families have begun crossing Mongolian horses with Thoroughbreds and Arabians to produce a purpose-bred racehorse. These crossbreeds are raising concerns about the creation of a racing ‘elite’ and the ongoing purity of the Mongol horse breed.

Distinguishing features: Mongol horses have a stocky build, with relatively short but thick-boned legs and a large head set on a short neck. They range in height from around 12 to 14 hands. Their manes and tails are long and dense, and they grow an exceptionally thick winter coat. Despite being small, Mongol horses have great stamina and can gallop over rough terrain for long distances without stopping. They have extremely strong, hard hooves and do not require any hoof care. They can obtain all the sustenance they need by grazing, digging through several inches of snow to find dry grasses in the winter months.

There are four main types of Mongol horse: desert, mountain, steppe and forest. Each has characteristics that make it especially suitable to its environment and the needs of the local people. Different regions also favour different colours, so there is a huge amount of variation even from one herd to the next and every colour imaginable can be found. Different gaits are also seen: some horses amble, some pace and some trot. Whatever the case, most have five gaits instead of the usual four.

Fancy taking one of these tough little horses for a spin? Sign up for our Globetrotting holiday in Mongolia for the adventure of a lifetime. 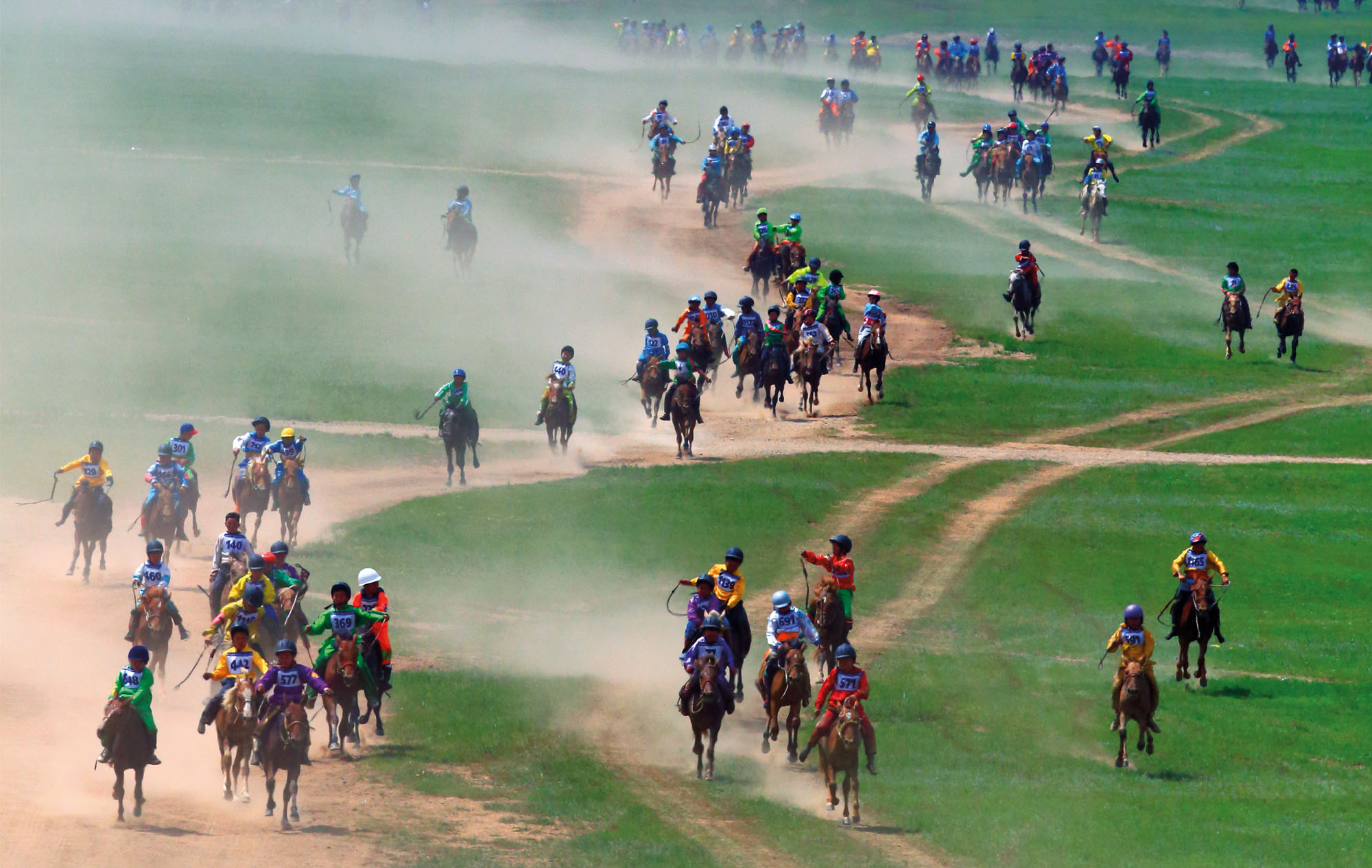 If you’re an intrepid traveller and thrive on a good adventure then Mongolia is the destination for you.