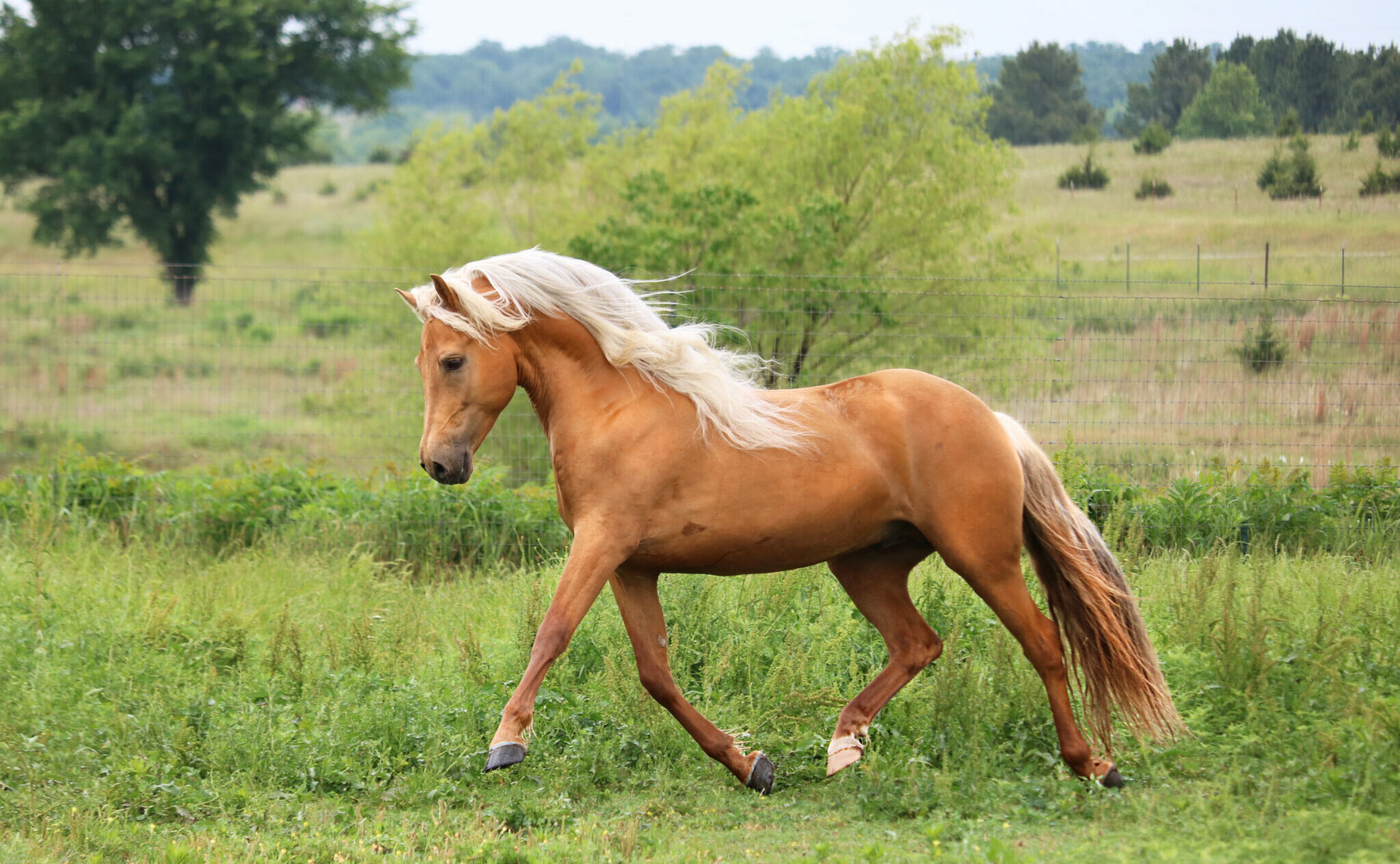 Breed origin: All Morgan horses trace back to a single foundation sire, a stallion named Figure, who was born in Massachusetts in 1789. As a three year old, Figure was given to a man named Justin Morgan as payment for a debt. A dark bay with a shapely head, prominent eyes, a deep and compact body, slender, straight legs, sloping shoulders and a proud bearing, Figure is believed to have carried Thoroughbred and Arabian bloodlines, though he stood just 14 hands high. He was symmetrical, stylish, smooth to ride, and could put on incredible bursts of speed. He was used for everything from racing to parades to pulling to driving. Figure later came to be identified by the name of his owner, and the ‘Justin Morgan horse’ evolved into the Morgan horse breed as his offspring inherited his conformation, athleticism and temperament.

During the 19th century, Morgans were used extensively for harness racing and pulling coaches, due to their speed and endurance. They were also used for farm work, cattle work, general riding and east-west migration. The Morgan was indispensable to miners in the California Gold Rush, along with both the Northern and Southern armies during the American Civil War. The most famous of these was Stonewall Jackson’s Morgan, Little Sorrel, who possessed such endurance that he could march 40 miles a day without tiring.

Around the beginning of the 20th century, purebred Morgans fell out of fashion as the practicalities on which they had been developed began to be less vital to everyday life and taller, more slender horses became desirable. Morgan horses were still used as foundation stock for developing breeds, but little care was given to ensure the survival of the original Morgan breed. Recognising the risk that the breed would die out, leaving military stocks severely depleted and degraded, the U.S. government founded a Morgan breeding programme, the core of which was the U.S. Morgan Horse Farm. The programme aimed to produce sound, well-mannered, sturdy and versatile horses, and in doing so saved the Morgan breed. In the 1940s, the government considered its job done and the breeding stock was dispersed around the U.S.

Today, there are four main bloodlines within the Morgan breed. The Brunk family traces back to Illinois and is known for its soundness and athleticism; the Government family comes from the U.S. Morgan Horse Farm and is the largest; the Lippitt family owes its existence to Robert Lippitt Knight and is considered the purest line; and the Western Working family is especially adept at stock and cattle work.

Distinguishing features: Morgan horses are strong, agile and powerful, with incredible stamina. They have an expressive head with small ears, large eyes and a small muzzle. Their neck is well-arched and held high, leading to sloping shoulders and well-defined withers. They have a short back, well-sprung ribs, muscular chest and hindquarters, strong legs and a high-set, flowing tail. Many colours can be seen, including almost all solid colours, sabino, frame overo and splashed white. Bay, chestnut and black are the most common. Morgan horses usually stand between 14.2 and 15.2 hands high, although some individuals are taller or shorter than this. Some Morgans are gaited, meaning they can perform another intermediate-speed gait as well as the trot, such as the rack, fox trot, or pace. Regardless, they are known for their very comfortable yet flashy action. Morgans have a reputation for intelligence, courage and gentleness.

Modern day Morgan: Today, there are around 180,000 Morgan horses worldwide, with the majority in the U.S. The Morgan breed has influenced countless others, including the Hackney, Tennessee Walking Horse, American Saddlebred, Spotted Saddle Horse, Missouri Fox Trotter, Camarillo, Blazer and the Standardbred. Due to their versatility, Morgans are used for a variety of disciplines including dressage, show jumping, cutting, endurance riding, Western pleasure, driving and pleasure riding. They are frequently seen in driving competitions and were the first American breed to compete in the World Pairs Driving competition. Their gentle disposition also sees them used in therapeutic riding programs and as pony club mounts.