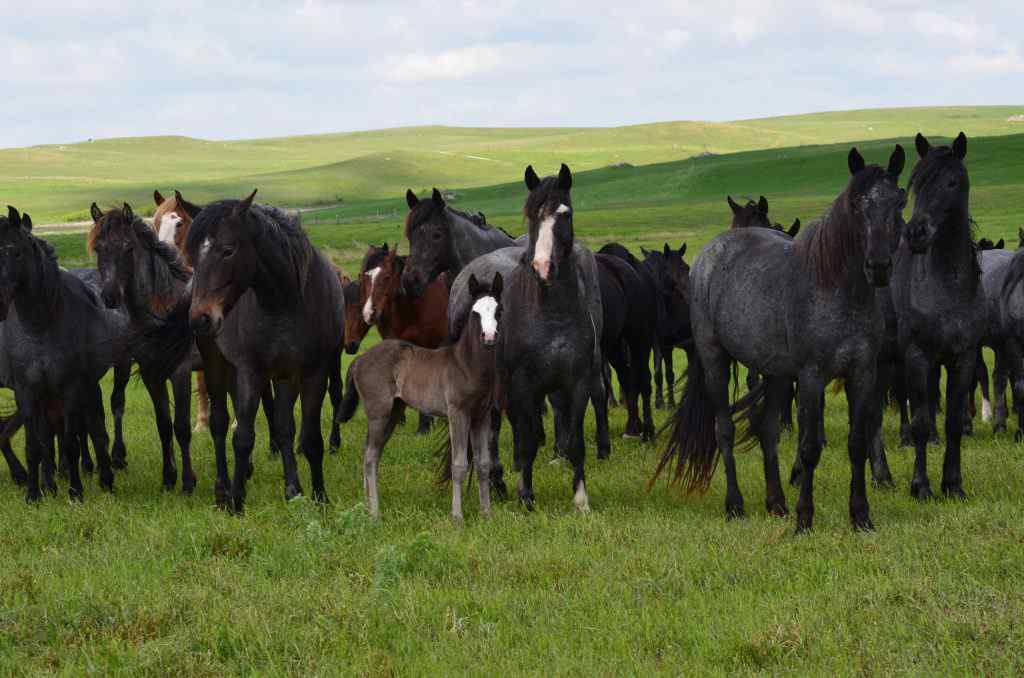 Breed origin: The Nokota horse is a semi-feral breed located in an area in southwestern North Dakota known as the ‘badlands’. The breed developed in the 19th century from foundation bloodstock consisting of ranch-bred horses produced from the horses of local Native Americans, missed with Spanish horses, TBs, harness horses and other related breeds. The Nokota was almost wiped out during the early 20th century when ranchers, in cooperation with the state and federal agencies, worked to reduce competition for livestock grazing. But when the Theodore Roosevelt National Park was established in the 1940s, a few horses were inadvertently trapped inside and thus the breed was preserved.

In 1986, the national park sold off a large number of Nokota horses, and released several stallions with outside bloodlines into the herds. It was at this point that brothers Leo and Frank Kuntz stepped in and began purchasing the horses with the aim of preserving the breed. They founded the Nokota Horse Conservancy in 1999, later beginning a breed registry through the same organisation. Only as recently as 2009 was the North Dakota Badlands Horse Registry created, which registers the slightly different type of horses that have been removed from the park in recent years.

Distinguishing features: The Nokota horse has an angular frame, is usually ‘blue roan’ in colour (a colour rarely found in other breeds), and often has an ambling gate known as the ‘Indian shuffle’. They are known to be versatile and intelligent horses.

Modern day Nokota Horse: Members of the Nokota breed have been used in western and endurance riding, with some being used in events such as fox hunting, dressage, eventing and show jumping.