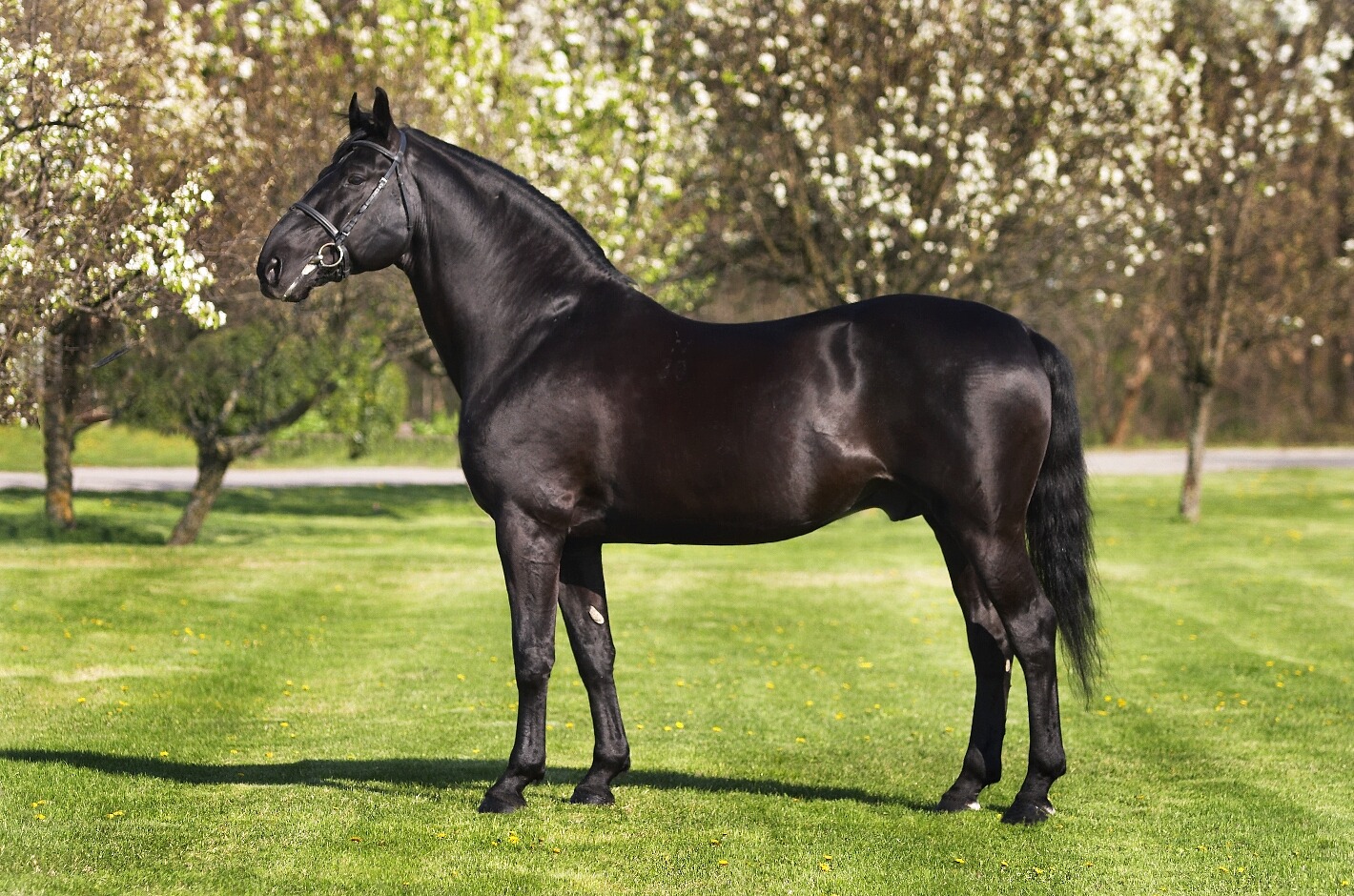 Breed origin: This heavy-boned warmblood breed is named after its foundation stallion, Nonius, an Anglo-Norman horse who was captured in France during the Napoleonic Wars and brought back to the Hungarian State Stud. Nonius was either a plain-looking horse or a living collection of conformation faults, depending on who you believe; so it wasn’t until the few foals he produced proved to be quite the opposite that Nonius became an influential sire at the stud. His offspring were not only handsome, they were strong and full of stamina, too. When crossed with mares of Spanish, Neapolitan and Arabian heritage, a uniform ‘Nonius’ type began to emerge. Careful linebreeding and a few Arabian and Thoroughbred stallions solidified the breed’s characteristics. What emerged was a dark, heavy, muscular and elegant horse especially suited for the Hungarian military as well as general carriage and cart pulling.

The Nonius remained a utilitarian breed used primarily by the Hungarian military (although popular throughout Hungary) until World War II, when machines replaced horses in the military. At this point, the breed’s focus shifted to agriculture and a second, heavier ‘type’ was developed at another Hungarian state stud. Unfortunately, very few Nonius horses were left after World War II, and under communist rule, Hungary was not supportive of horse riding in general. Many Hungarian horses were killed for meat between the late 40s and early 60s. Thankfully, some breeding programmes endured, and in the 60s the two sub-types of Nonius were combined into one breed as interest in pleasure riding and driving began to pick up again. Although attempts to produce sport horses from Nonius stock were unsuccessful, the breed proved very adept at the newly-popular sport of combined driving. In 1989 the Nonius Horse Breeders National Association was formed to safeguard the breed, and since then the population has been on the rise, currently sitting at around 530.

Distinguishing features: Nonius horses are strong-boned, muscular, kind, willing and hardy. They have excellent endurance and are calm-tempered yet energetic workers. They are typically black, dark bay, brown or dark chestnut, with occasional small white markings. Their tail is fairly high-set, and both their mane and tail are reasonably thick. Their head is heavy, with a roman nose, large, kind eyes and alert ears. They have a strong, arched, high-set neck leading to muscular, sloping shoulders, a broad chest and a short, strong back. A light draught breed, the Nonius has an overall powerful physique, with a wide girth, sturdy legs with large joints and hooves and well-rounded, muscular hindquarters. The breed typically stands between 15.1 and 16.1 hands high.

Modern day Nonius: The Nonius is still predominantly found in Hungary, although small populations exist in surrounding nations. The breed is used for agricultural work, light draught work and for combined driving, which is a very popular equestrian sport in Hungary. Lighter individuals make excellent riding horses, and when crossed with Thoroughbreds, the resulting offspring are versatile mounts with a good jumping ability.