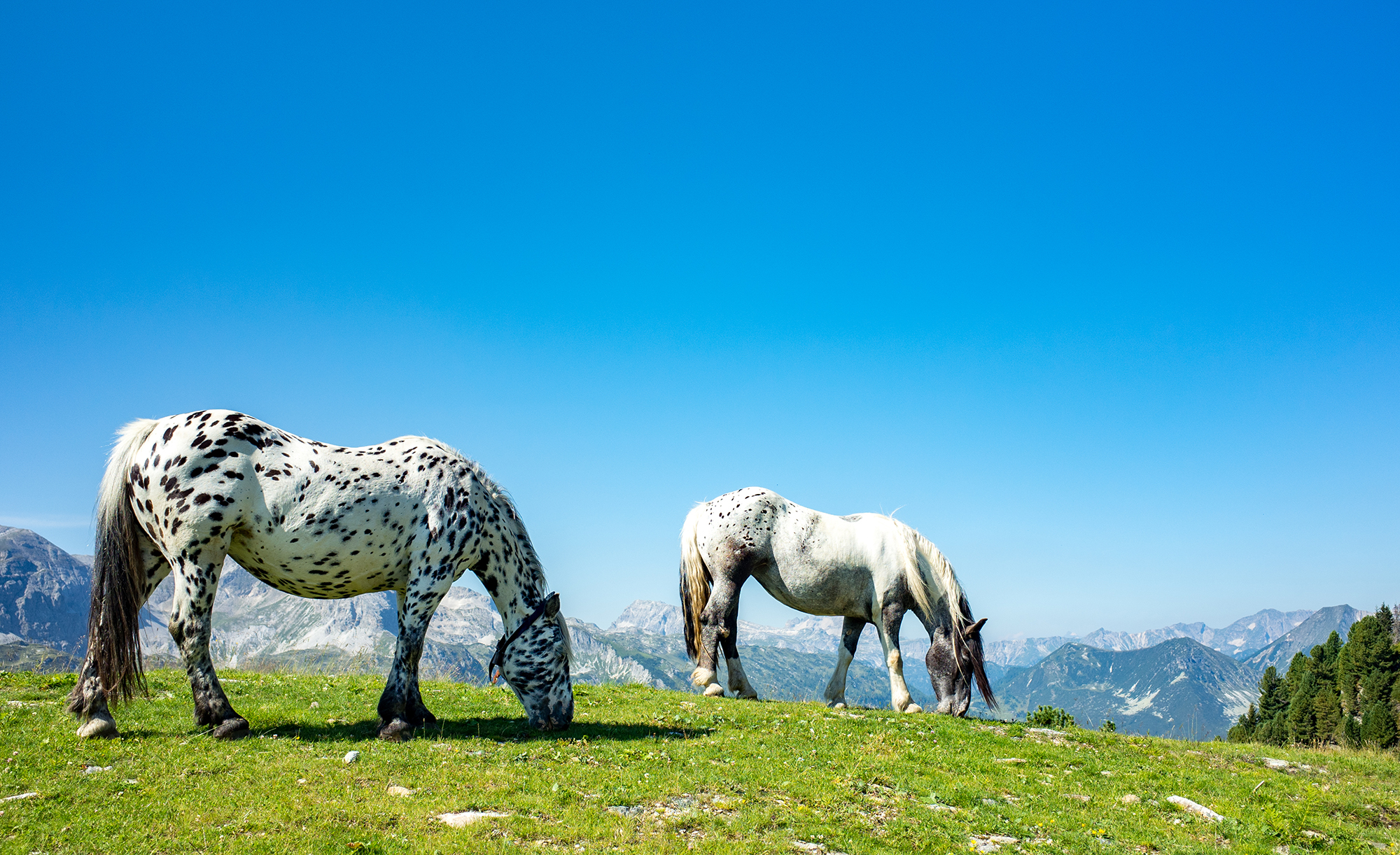 Breed origin: The Noriker is a cold-blooded horse breed native to the Austrian state of Salzburg, thought to have originated around Austria’s highest mountain, the Grossglockner. More than 2,000 years ago, when Romans first introduced draft horses to central Europe, the Austrian mountains lay in the Roman provice of Noricum. So, when the local Celts started breeding their native horses to these heavier horses, the offspring were called Norics, or Norikers.

The first known stud farm was established in 1576 under the direction of the archbishops of Salzburg. Today in Salzburg you can still visit the famous Pferdeschwemme, or ‘horse pond’, where horses from the archbishops’ stables were once washed and groomed. Built just a few decades after the archbishops’ stud farm, the fresco paintings on the walls of the pond depict heavy horses with roman noses and solid, muscular bodies in a range of colours – even pinto! Unusual coat colours and patterns were popular right up until the turn of the 20th century, and are re-emerging now. Initially, Norikers were mostly used as ceremonial and parade horses, and Baroque breeds (such as the Andalusian and Lusitano) were introduced to add refinement.

In the 18th century, work horses were needed in the mountains and farmers favoured Norikers with more traditional heavy horse traits, rather than Baroque traits. Although this resulted in a versatile coldblooded breed, at the same time, other breeds such as the Clydesdale, Belgian, Oldenburg, Holsteiner, Andalusian and Neapolitan were being introduced by unscrupulous breeders. To prevent the decline of the breed, new inspection regulations came into force in 1885 and soon after, a breed registry was established. The studbook was closed in 1903 and Norikers have been purebred ever since.

Like almost all draft horse breeds, the Noriker suffered a huge population crash during both World Wars and again afterwards, when the Industrial Revolution replaced most working horses with machines. In the late 1960s, there were over 34,000 registered Norikers; by 1985, less than 7,000 remained. Luckily, in recent years there has been a resurgence of interest in heavy breeds and today there are around 10,000 Norikers in Austria, with small populations in other parts of Europe and beyond.

Distinguishing features: Norikers are a medium-heavy draft breed with a docile, willing temperament. They are very surefooted, agile and well balanced thanks to their muscular physique and low centre of gravity. They are easy keepers and don’t mind being outside year-round. Norikers generally stand from 15.2 to 16.1 hands high. They have a noble head, sometimes with a roman nose, a strong, mid-length neck, a wide, deep chest, sloping shoulders, a strong yet flexible back, well-sprung ribs, long, broad hindquarters with good muscle, clean, solid joints and tough hooves.

Although most Norikers are bay, chestnut or black, they can be a huge variety of colours including red roan, blue roan, bay roan, leopard-spotted, tobiano and overo. The only colour that isn’t seen is grey!