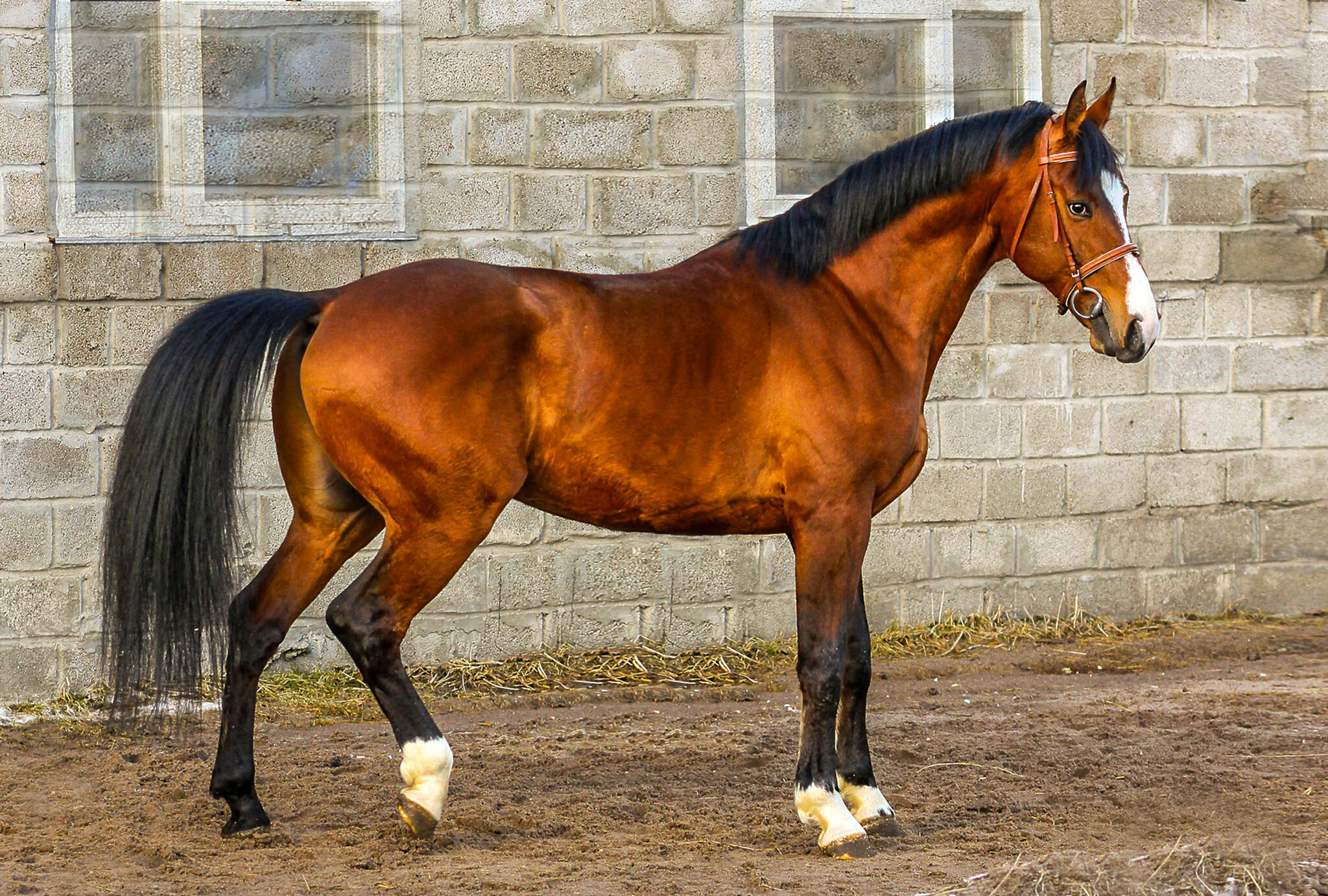 Breed origin: The Oldenburg is a warmblood breed that can be traced back to the 17th century in the German provinces of Oldenburg and East Friesland. Count Johan XVI of Oldenburg took a keen interest in horse breeding, producing fine war horses to be given as gifts to distinguished war heroes, rulers and noblemen. He crossed Neapolitan, Barb, Turkish and Frederiksborg stallions with the local Friesian mares. Johan XVI’s successor, Anton Günther, is considered the father of the Oldenburg breed. Not only did he continue to bring stallions from Naples, Spain, Poland, England, Tartary and Barbary back to Oldenburg, he allowed his tenants and other common folk to use his stallions on their own mares. As a result, the tall, elegant steeds of Oldenburg were soon in great demand across Europe as riding and carriage horses. Anton Günther himself was a renowned dressage rider, and his favourite Oldenburg stallion Kranich performed an exceptionally elevated, cadenced passage. However, despite the breed’s elegance under saddle and incredible work ethic as a farm horse, it was still most desired as a stylish, fine-moving carriage horse.

In 1820, a law passed which mandated the sole use of government-approved stallions in Oldenburg breeding programs. Not long after, the Oldenburg studbook was created and two breeding societies were founded. The breed continued to enjoy immense popularity, being exported as far as the United States. When the automobile replaced the carriage, however, breeders had to change tack entirely (pardon the pun!) to ensure the Oldenburg’s survival. Luckily, at its heart the breed had always been versatile and the conversion to all-round athletic performance was an easy one. A heavy dollop of Thoroughbred blood was introduced to further increase the Oldenburg’s refinement and the breed became immensely successful under saddle.

Since the 1970s, the use of other sport horse-type bloodlines has increased hugely, including Trakehner, Hanoverian, Holsteiner, Westphalian, Anglo-Norman, Selle Français, Dutch Warmblood and Anglo-Arab. This gives the Oldenburg fantastic hybrid vigour, without losing any of the consistency of performance, movement and temperament that the breed has always been known for. As the Oldenburg Association motto says, ‘Quality is the only standard that counts.’

Distinguishing features: Oldenburgs have a typical sport horse build, with uphill conformation, powerful hindquarters, a long, strong neck and a deep chest. Their physical type can vary a lot within this depending on the individual horse’s lineage, but they are always relatively compact despite their size (normally between 16 and 17.2 hands high). Oldenburgs have a fine, noble head, a long, well-angled shoulder, prominent withers, a good topline and a strong back. Their hooves are large and strong enough to carry their weight without any issues and their legs are well-muscled, with good strong joints. Their gaits are exceptionally forward moving, elastic and expressive, and most are excellent jumpers. Oldenburgs have always been renowned for their extreme willingness and kind temperament, yet they are also independent and sensitive enough to excel at the highest level of competition. Unlike many warmblood studbooks, the Oldenburg studbook accepts tobiano horses as well as those of solid colouring.

Modern day Oldenburg: Today, Oldenburgs are bred for riding and competition in most disciplines. They are very successful in show jumping, known to be bold, powerful and scopey over fences, and in dressage, where their high-stepping action comes to the fore. They are also used for three-day eventing and driving.