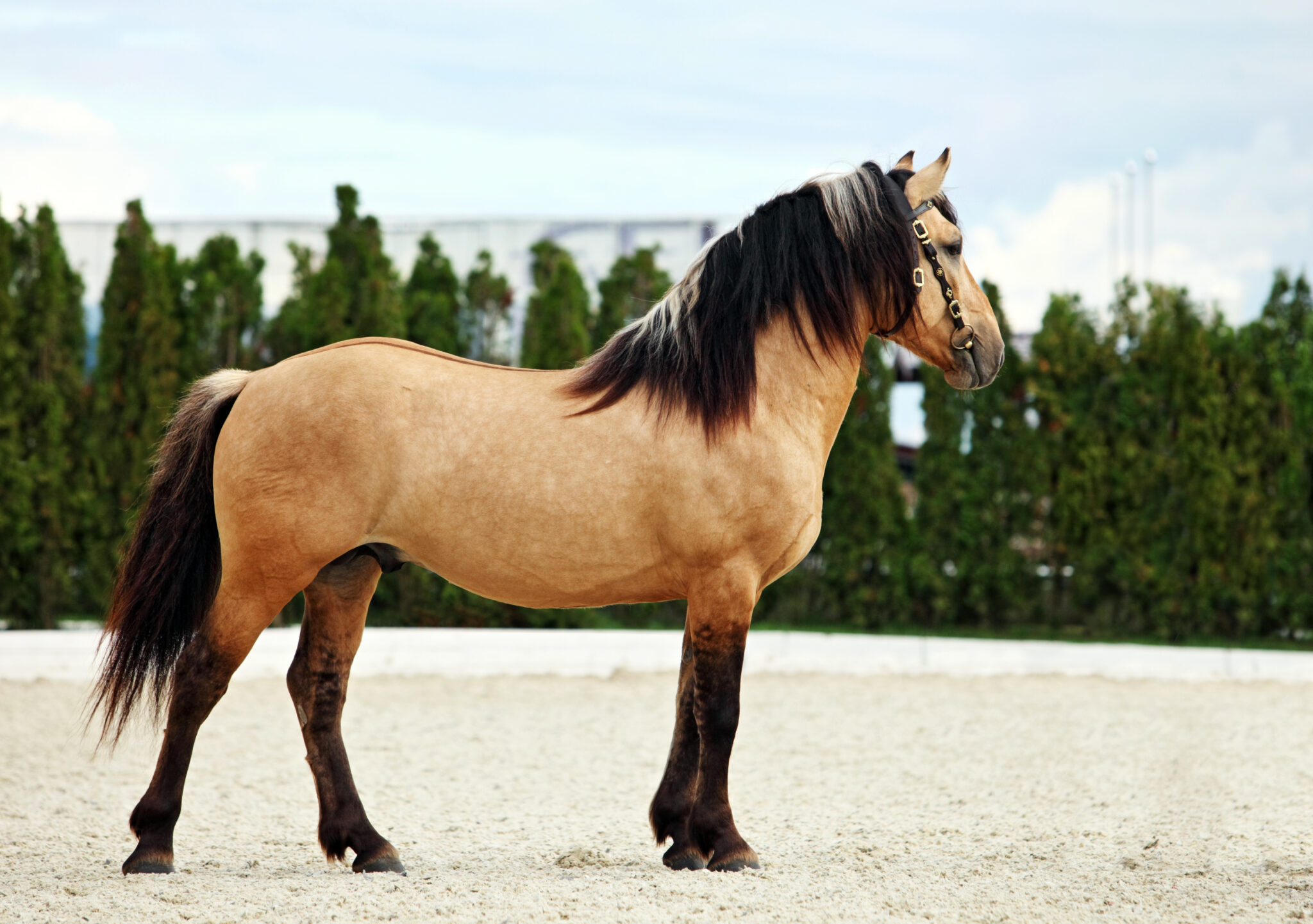 Breed origin: The ancestors of the Paso Fino travelled from Spain in 1493 on Christopher Columbus’ second voyage to the New World. Columbus brought a mixture of Barbs, Spanish Jennets and Andalusians and established new populations at Santa Domingo (now the Dominican Republic). Developing in isolation, the Paso Fino gained the best traits of its ancestors: hardiness, agility, elegance, and a unique, comfortable gait. These horses carried the conquistadors all over Latin America, with different traits emerging in different areas. Puerto Rico and Colombia came to have especially large and highly-regarded horse populations. The Puerto Rican Paso Fino is lighter, with a four-beat lateral gait that is smooth, even, low and quick. The Colombian Paso Fino, which has become especially popular in the U.S., usually performs a gait called the ‘Trocha’ as well as the typical Paso Fino gait.

Distinguishing features: The Paso Fino is well known for its unique gait, which is performed at three speeds, known as the Classic Fino, Paso Corto and Paso Largo. The stride length and degree of collection varies, with Classic Fino being the shortest and most collected stride and Paso Largo being the longest and most extended. The gait is performed by Paso Finos from birth, and is complemented by the regular walk and canter. The gait’s smoothness, speed, length of stride and collection depend upon the conformation and natural abilities of the individual horse.
Paso Finos are energetic, athletic, sure-footed and very well-balanced. They have a refined and well-proportioned head, with a straight or slightly convex profile and large, intelligent eyes. Their strong neck is carried high and set on an angle that slopes smoothly into the back. They have strong legs with short cannons, hard hooves and a flowing mane and tail. Paso Finos are usually between 13 and 16 hands high, and all colourings are accepted.