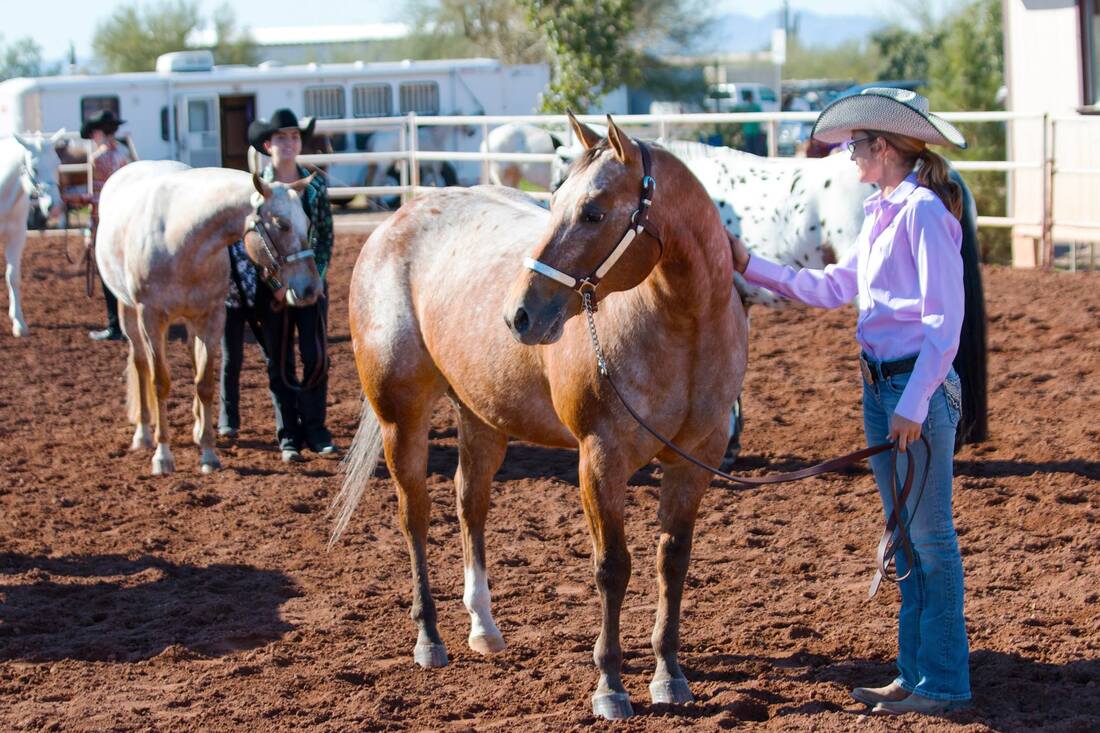 Name of breed: Pony of the Americas

Breed origin: The Pony of the Americas is a relatively modern breed that was developed as a calm, intelligent and versatile mid-sized pony with striking appaloosa markings. It all started in 1954, when a Shetland Pony breeder called Les Boomhower was offered an Arabian/Appaloosa mare who had accidentally been bred to a Shetland stallion. Hesitant to accept, Les waited until the foal was born, at which point he bought the mare with her foal at foot. He was impressed by the little colt, who was white with black markings resembling paint smears all over his body. One of these markings on the colt’s rump looked like a distinctive black hand, so he was unsurprisingly named Black Hand. This pony also had excellent conformation and a gentle temperament, and it wasn’t long before Boomhower and his breeder friends hatched a plan to create a new appaloosa pony breed. The Pony of the Americas Club was formed, with Black Hand as the foundation stallion. The registry grew to 12,500 ponies in its first fifteen years, and has now passed 50,000.

Over time, the goals for the breed broadened and the Shetland influence was phased out in favour of Welsh, Arabian, Appaloosa, Quarter Horse, Mustang and Indian pony bloodlines, with the aim of creating a mid-sized pony with the appearance of a ‘little horse’ – the perfect mount for children who had outgrown their first pony but were not yet ready for a full-sized horse. The upper height limit was eventually raised to 56 inches (14 hands high), and the age limit for a child showing a Pony of the Americas was raised from 16 to 18. The depth to which this ‘youth-only’ stance is ingrained in the Pony of the Americas Club is reflected in their motto: ‘Try hard, win humbly, lose gracefully and, if you must… protest with dignity.’ A great sense of camaraderie has been fostered among competitors, with improvement and learning valued as markers of success to the same degree as a blue ribbon. The Club has become one of the largest and most active youth-oriented equine breed registries, with over 2,000 members across the United States.

Distinguishing features: The most distinctive feature of the Pony of the Americas is its appaloosa colouring. Interestingly, ponies of many crossbred bloodlines are accepted for registration, ranging from the original foundation breeds (Appaloosa, Arabian and Shetland) to the Connemara, Australian Stock Horse, Thoroughbred and Morgan! What’s important, though, is that these crossbred ponies meet the strict physical requirements of the Pony of the Americas. The breed must have ‘loud’ appaloosa markings visible from 40 feet, must have mottled skin, must stand between 46 and 56 inches high (11.2 and 14 hands), must be obedient and well-mannered, and must in general appear more horse-like than pony-like.

The Pony of the Americas exhibits style, substance, beauty and balance, with free-moving, comfortable gaits. The breed has a clean-cut, slightly dished head, with prominent eyes, alert ears and mottled skin around the muzzle. The neck is gently arched with a defined throat latch, leading to a deep, muscular chest, prominent withers and sloping shoulders. The back is short and strong, the ribs well-sprung, the croup and hindquarters long and powerful. The Pony’s legs are set square and straight, with clean-cut hocks, short, flat cannons, sloping pasterns, broad knees and smooth, wide fetlocks. Thanks to its Appaloosa bloodlines, the Pony of the Americas often has striped hooves and readily-visible white sclera (the ‘whites’ of the eyes). It has a docile temperament and is a willing, intelligent partner for children and adults alike.