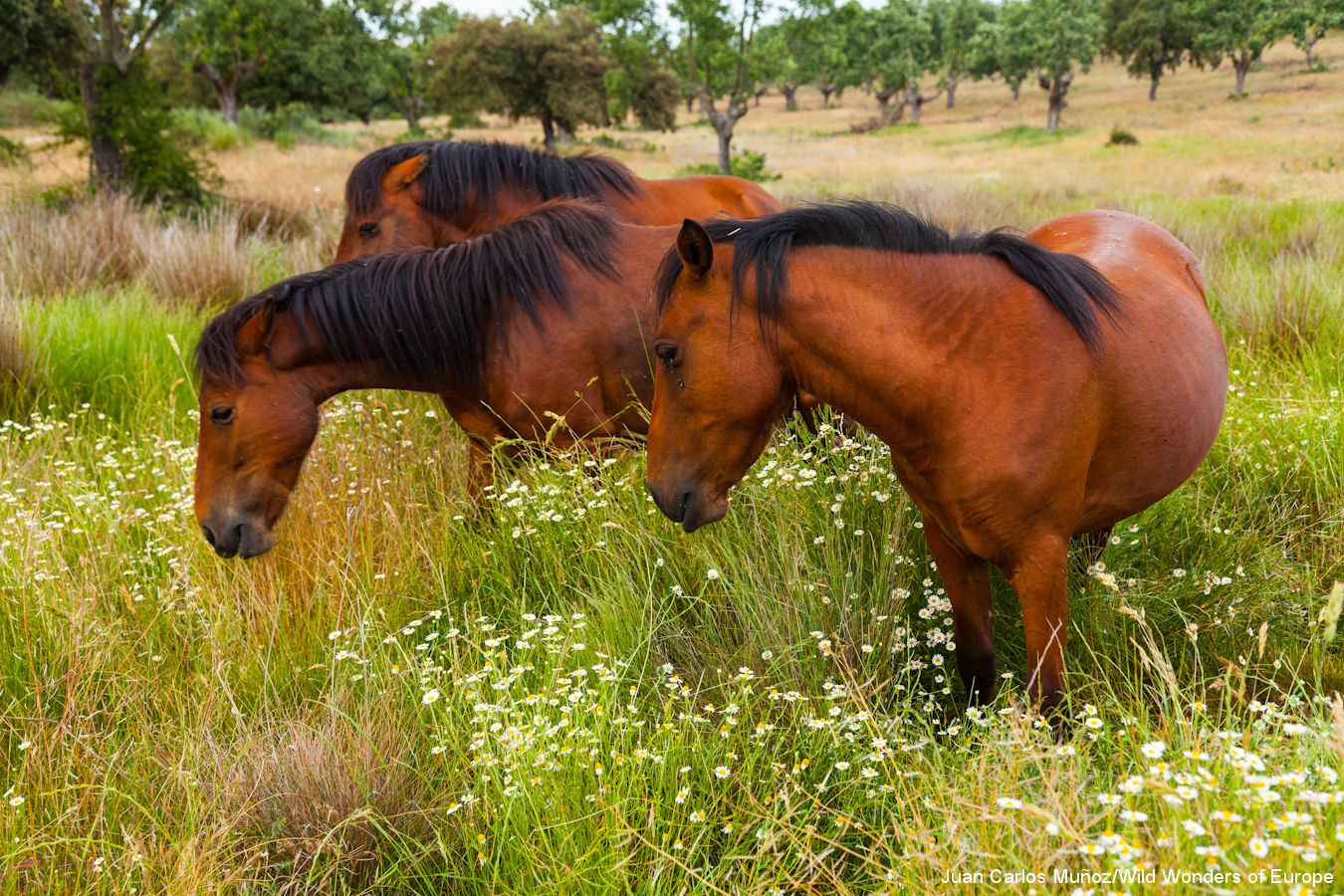 Breed origin: The Retuerta horse is named after the ‘retuertas’, flooded, sandy areas where animals come to drink in what is now Doñana National Park. This region of Spain is the homeland of the Retuerta, but it is believed to have roamed over much of the Iberian Peninsula in days gone by. In fact, DNA studies suggest that it is one of Europe’s oldest horse breeds, and the closest living relative of the now-extinct Iberian horse. The Iberian horse lived in the area as long ago as 20-30,000 BC and is the ancestor of many modern breeds including the Andalusian, Lusitano, Menorquín, Sorraia and the Retuerta’s closest relative, the Marismeño. Iberian horses roamed wild and free for many thousands of years before – and after – humans started domesticating them. Because the Retuerta has always been allowed to live wild or semi-wild, it has hardly changed for thousands of years and can still survive without human intervention.

Retuerta horses have traditionally been managed and handled by local cattle farmers and are an integral part of the local culture. In the past, they were used for agricultural jobs and cattle work, but as more suitable horses arrived on the scene, Retuertas fell out of favour. Combined with habitat loss, this almost led to their extinction, with only a handful of individuals remaining by the 1980s. The Association of Cattle Breeders Marismeño has played a huge role in saving the Retuerta (and the Marismeño) by helping to manage herds in Doñana National Park in Andalusia. The Association also organises La Saca de las Yeguas (‘Out of the Mares’ festival). The annual event sees the horses of Doñana National Park make a sacred pilgrimage to the town of Almonte, before being paraded through the nearby hermitage of Rocio and blessed by a priest. Rewilding Europe has also helped ensure the Retuerta has a viable future by establishing a second population in the Campanarios de Azaba Biological Reserve.

Distinguishing features: The Retuerta has similar conformation to the Andalusian and other Iberian breeds, although it tends to have a lighter frame. It stands around 15 to 16 hands high and is either bay or brown. The Retuerta has a long head with a prominent Roman nose and a sturdy build with long legs and strong joints. Although it is robust, hardy and sound, it retains a fairly undomesticated temperament and is difficult to train.

Modern day Retuerta: About 150 Retuertas live in Doñana National Park, and 50 or so roam the Campanarios de Azaba Biological Reserve. The two populations are both gradually increasing and are a natural means of managing scrub in the parks, keeping the land safe from wildfires and helping re-establish a balanced ecosystem. 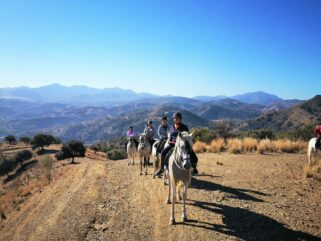 Let’s face it – Spain is the epicentre of horse culture and that’s why it excites us so. 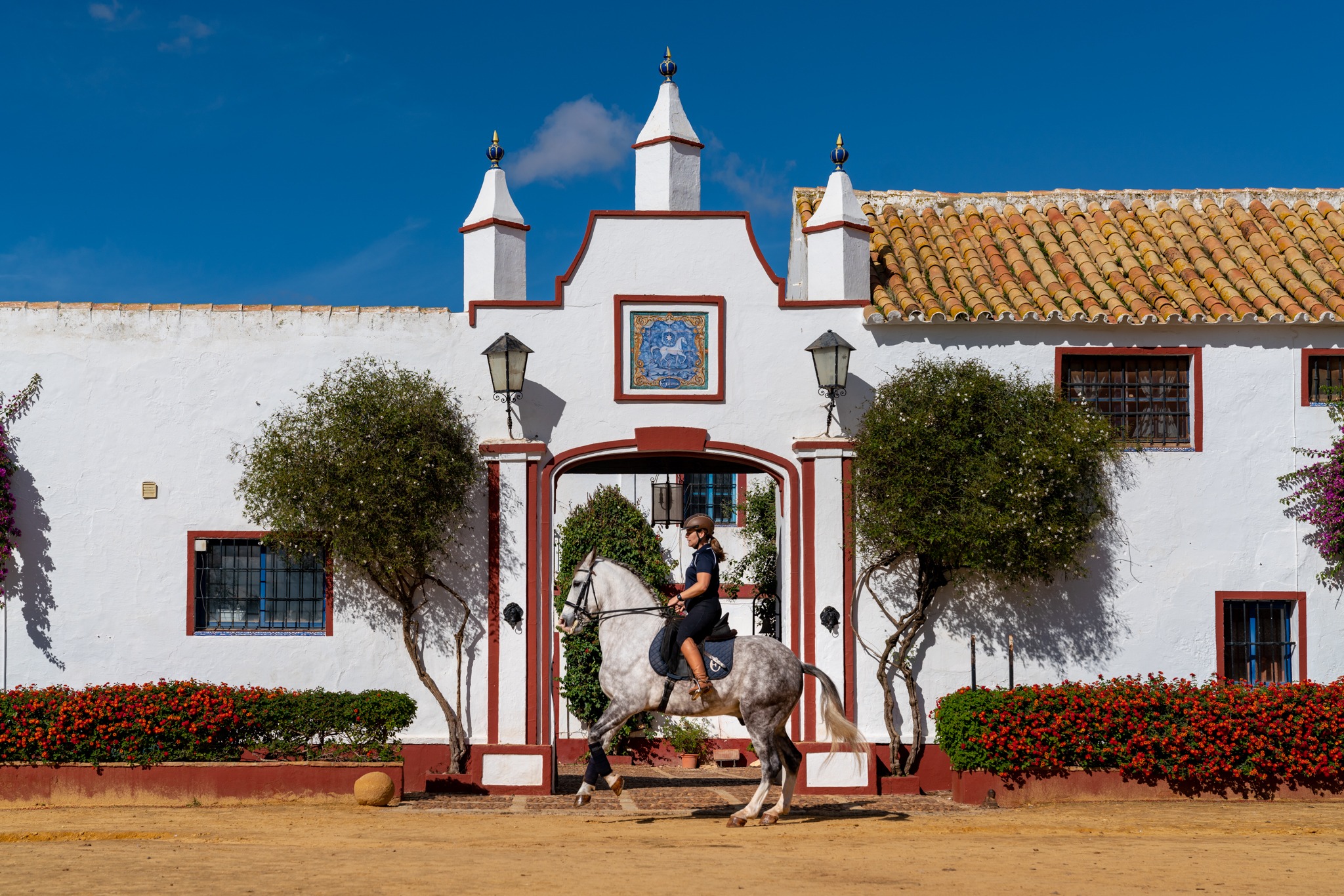 Learn to dance to the majestic rhythm of the Andalusian horse on one of these dressage-based itineraries in Spain!

There are four different itineraries to choose from, depending on your dressage desires and the depth to which you wish to immerse yourself in the High School movements. 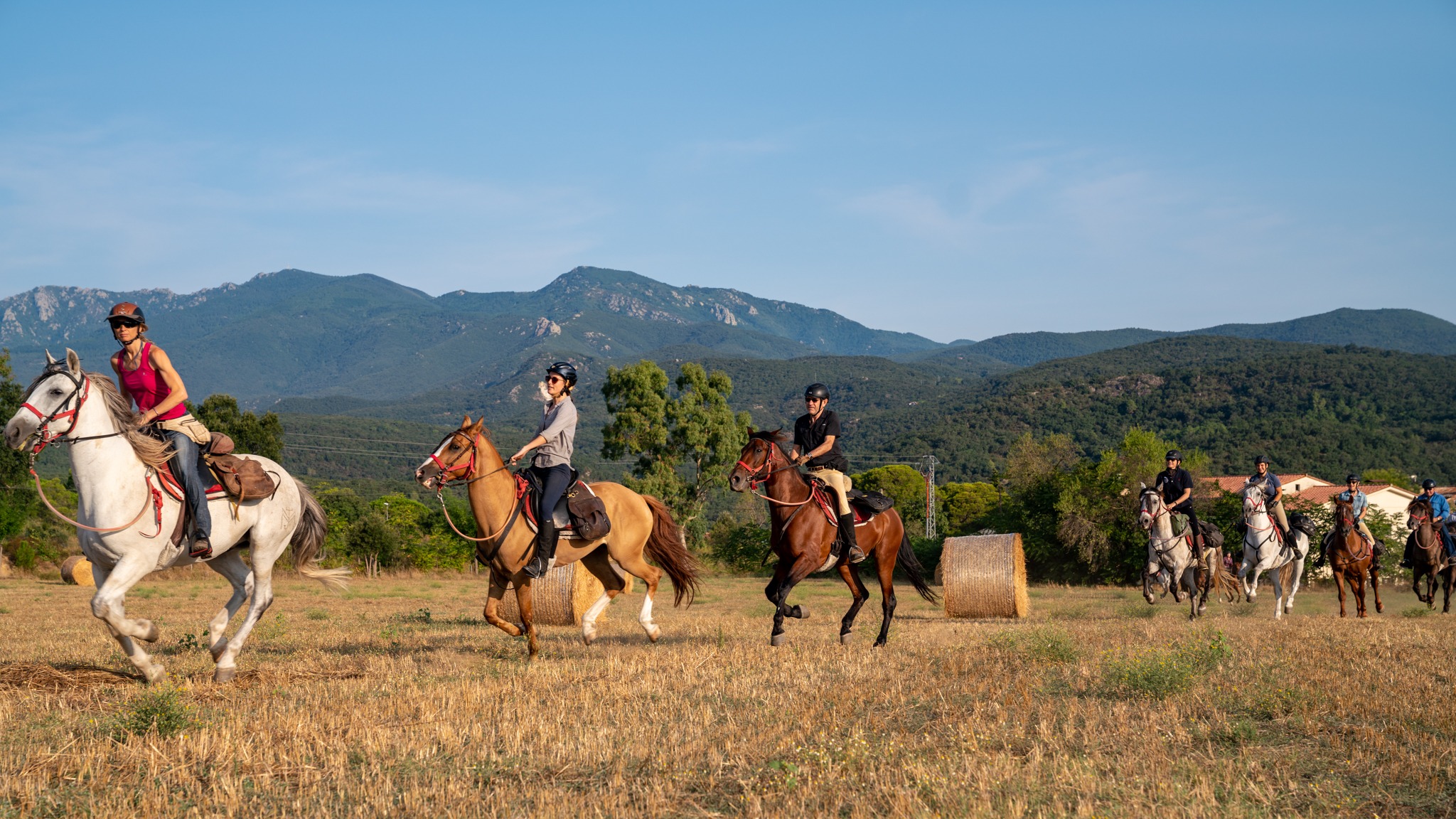 Riding from the unruly Lower Pyrenees to the wild coast of the Mediterranean, you’ll live and breathe the region of Catalonia from the back of a proud Spanish horse.