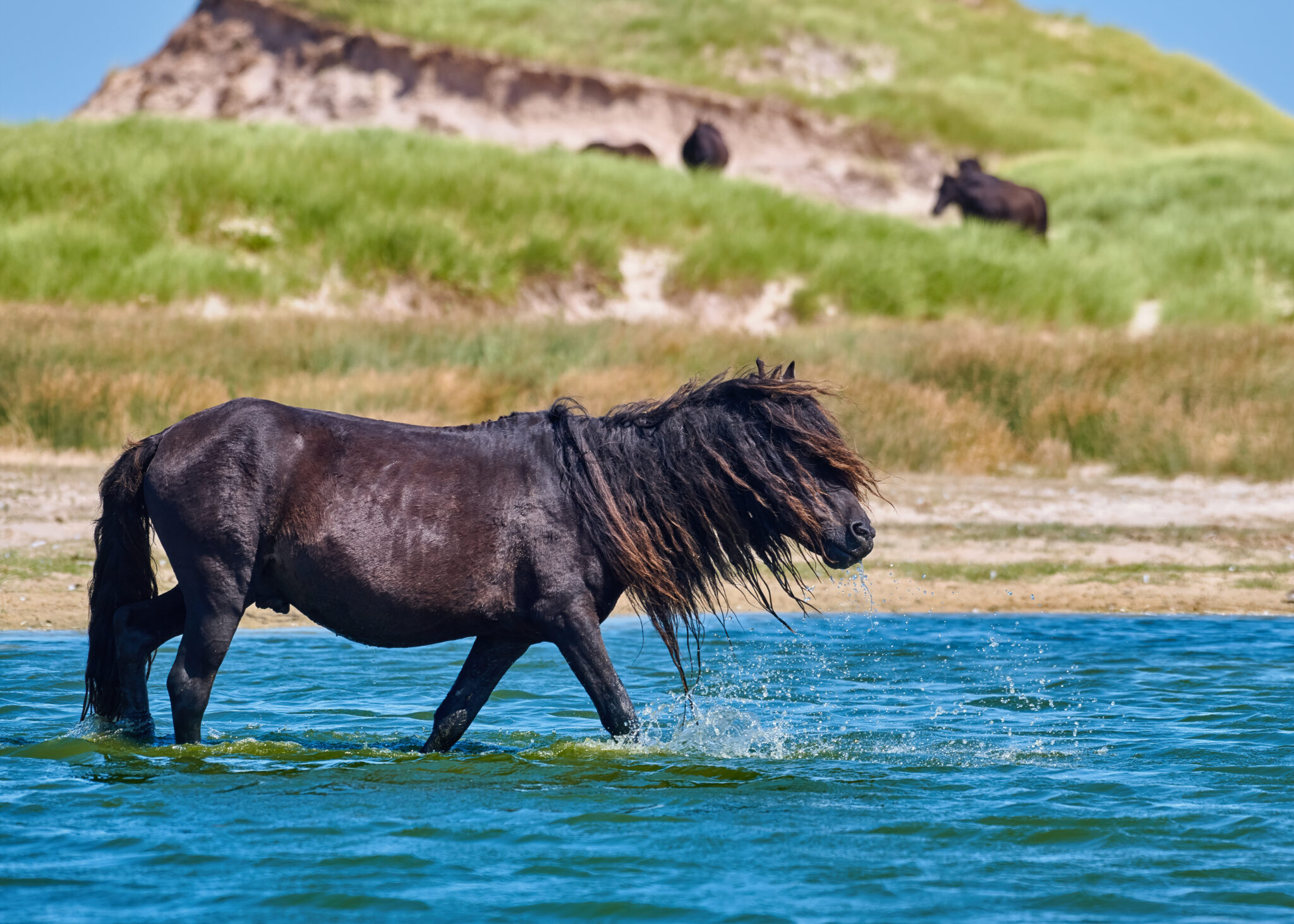 Breed origin: The Sable Island horse is a type of wild horse found on Sable Island, off the coast of Nova Scotia in Canada. Although popular legends claim that these horses swam ashore from the island’s many shipwrecks, this is not actually supported by historical or genetic evidence. The horses that live on the island today are widely thought to have descended mostly from horses taken by the British during the Expulsion of the Acadians (who lived in Nova Scotia) in the 18th century. Additional breeding stock, including horses of Canadian, Thoroughbred, Morgan and Clydesdale breeding, was sent to the island during the later half of the 19th century to improve the quality of the Sable Island horses.

During the 19th and early 20th centuries, the horses on Sable Island were periodically rounded up for private use and sale for slaughter, so by the 1950s the horses were in danger of extinction. In 1960 the Canadian government placed the horses under protection of the law, insisting that people had to receive written permission before they could “molest, interfere with, feed or otherwise have anything to do with the ponies on the Island.”

Since the 1980s, noninvasive herd studies have been completed on the horses and many a photographer has documented the breed in stunning images (most notable is Roberto Dutesco, who has a gallery in New York dedicated to these horses). In 2008, the Sable Island horses were declared the official horse of Nova Scotia, and in 2011, the island was declared the Sable Island National Park Reserve. 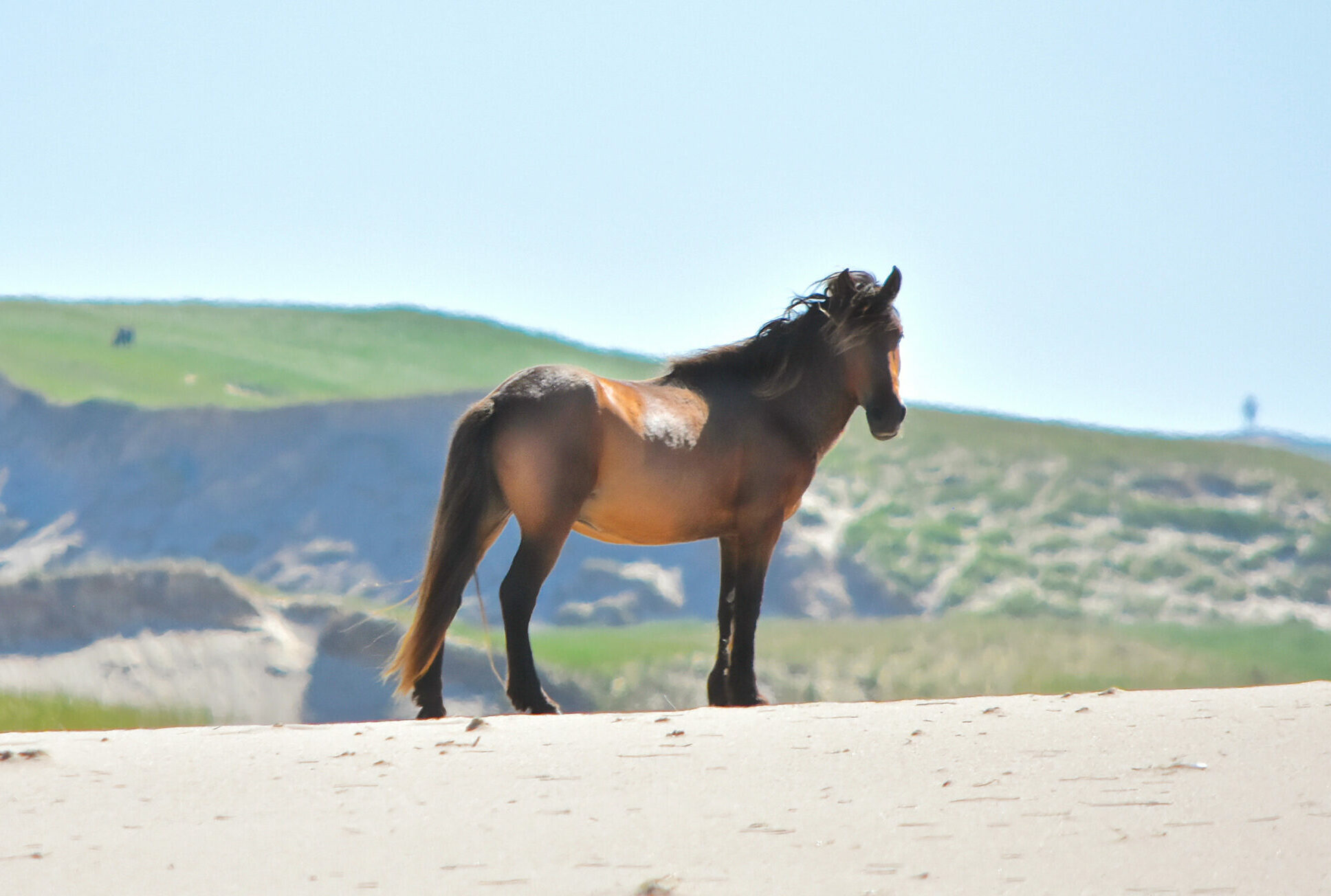 Distinguishing features: Although it is sometimes referred to as the Sable Island pony due to its small size (13 to 14 hands), the Sable Island Horse has a horse phenotype and horse ancestors. The breed is usually dark in colour (black, bay or brown, with the occasional chestnut). The limited availability of food on the island limits the horses’ size – offspring removed from the island and a fed more nutritious diet generally grow larger for this reason. Stocky and short, Sable Island horses have very shaggy coats and long, salt-tangled manes and tails. Many also have an ambling gait and they are known for their surefootedness.