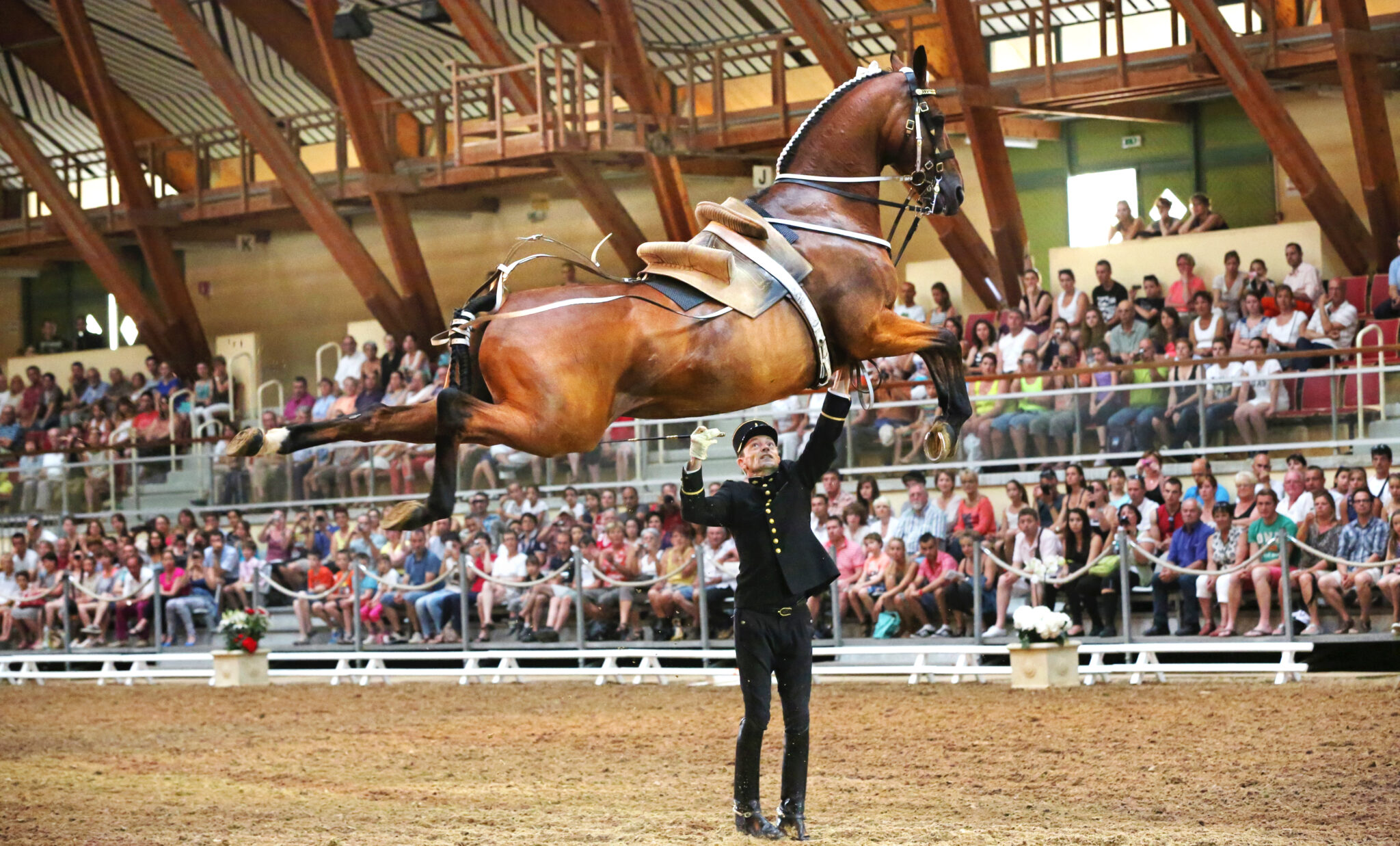 Breed origin: Like most warmblood horse breeds, the Selle Français was developed with a diverse mixture of bloodlines. In the 19th century, Norman breeders imported Thoroughbreds and Norfolk Trotters, crossing them with their native stock (now known as Norman Cobs). These native saddle horses had origins dating back to William the Conqueror and had been selectively bred for the qualities needed in a war horse: bravery, hardiness, strength, intelligence and a good temperament. Those that weren’t used in the military were most often carriage horses, and the interbreeding of these native horses and the imported stallions created two iconic French breeds: the French Trotter (a fast harness horse) and the Anglo-Norman, which eventually became the prototype for the Selle Français. At the same time, native crossbreeds were becoming popular saddle horses all over France, and in 1914 they were recognised by the name demi-sang, or ‘half-blood’.

After the Industrial Revolution in the 20th century, the demand for working horses (and cavalry horses) diminished hugely, and the breeding focus switched to producing a top-class sport horse. In 1958, various French saddle horses including the demi-sang, the Anglo-Norman, the Vendeen and the Charolais were merged into a new breed: the Selle Français, which translates to – you guessed it – French Saddle Horse. In the decades since, the breed has been continuously refined, gradually becoming more physically recognisable. However, the focus has never been on appearance, but rather on supreme athletic ability, especially in jumping. While breeding has been centred around Normandy, where the Selle Français originated, breeders can be found all over France and abroad. The Selle Français has been immensely successful in both show jumping and eventing, and has been used to improve several other breeds including the Holsteiner, Oldenburg, Dutch Warmblood, Belgian Warmblood and Zangersheide.

Distinguishing features: The Selle Français is the ultimate sport horse: strong, athletic, elegant, intelligent and willing. The breed is an easy keeper, being hardy, sound, and thriving on simple feed. Selle Français horses can stand anywhere from 15.1 to 17.3 hands high, although most stand above 16 hands. This is a very powerful breed with terrific impulsion, its broad hindquarters and strong hocks making it perfect for show jumping. The breed standard is based largely on performance rather than appearance, so there is quite a lot of variation from one horse to the next. However, some traits are universal: a strong, fairly long neck, straight back, long, sloping shoulders, deep chest, well-defined, muscular legs and hard hooves. The Selle Français has a neat head with either a straight or slightly convex profile, and white markings are common on the head and lower legs. Most Selle Français horses are chestnut or bay, but grey and black are also seen. They are known for their friendly, gentle and willing nature which, combined with their intelligence, makes them fast learners and ideal partners for both novice and professional riders.

Modern day Selle Français: France’s favourite sport horse, the Selle Français is mostly used for show jumping and eventing, although it can also be found in dressage, combined driving, vaulting and competitive trail riding. The French Olympic team has been using the breed for quite some time, and it is a popular choice in top-level show jumping all over the world. France’s École de Cavalerie, one of the esteemed ‘Big Four’ classical riding academies, uses Selle Français horses to demonstrate the airs above the ground with the elite Cadre Noir riding troupe. The above photo shows a horse and rider of the Cadre Noir performing the Cabriole.

The Selle Français studbook is still open, and alongside purebred stallions, Thoroughbreds, Anglo-Arabs, and the occasional French Trotter are used to refine the breed.

You can ride a Selle Français on our horse riding holidays in England: the English Peaks Ride and the Peak District Weekender!