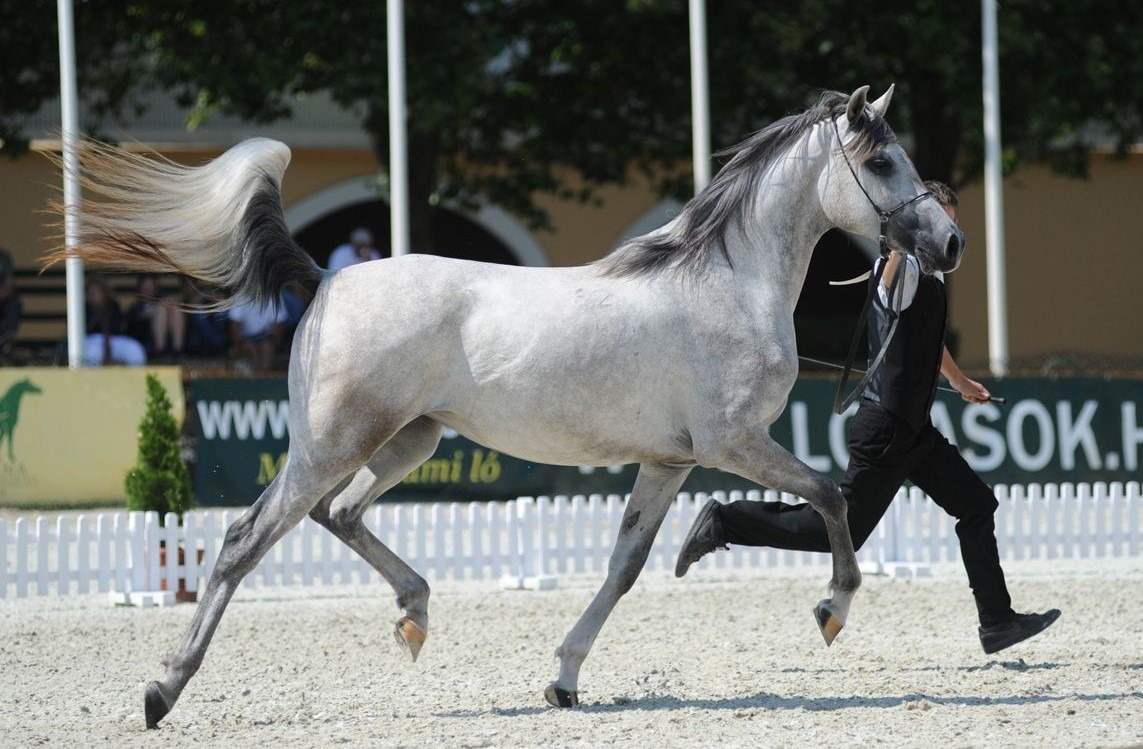 Country of origin: Hungary, and the wider Austro-Hungarian Empire.

Breed origin: In 1789, Emperor Joseph II, ruler of the Austro-Hungarian Empire, established the Babolna Imperial Stud in Hungary with the aim of developing a superior cavalry horse that could also be used to improve other breeds. Hungary was famed for its native horses, which carried Mongolian and oriental bloodlines, making them small, hardy and fast, with incredible endurance. In the 17th century, farmers were largely responsible for breeding the strong, tough horses required by the military, but they could not keep up with the demand, and some even began deliberately breeding smaller horses to avoid them being drafted into the military. The stud in Babolna was founded to resolve this issue, bringing the breeding program pack under the control of the Empire.

Under Joseph II’s direction, desert bred Arabian stallions were imported and bred largely to Hungarian native mares, with a few Thoroughbreds, Lipizzaners and Spanish horses thrown into the mix. Meticulous records were kept to ensure that only the best stallions and progeny were used to further the breed’s development, with the oldest mare line dating back to 1781 – eight years before the stud was founded!

The Shagya Arabian gets its name from the dapple-grey, desert bred stallion Shagya, who was born to a Bedouin tribe in what is now Syria in 1810. Agents of the Habsburg monarchy (who ruled the Austro-Hungarian Empire) purchased Shagya and brought him to Babolna Stud in 1836. Nearly all Shagya Arabian pedigrees trace back to this stallion, who was remarkably strong and tall, standing just shy of 16 hands high. His mark on the breed was precisely what the military had been looking for, and in the following decades, every effort was made to ensure the Shagya Arabian bred true-to-type. Stallions were tested for their jumping ability, temperament, attitude and riding quality, culminating in a 10-day, 480-mile endurance test. They were then bred to 30 mares each year for three years to see whether the foals were consistently of better quality than their dams. Breeding mares were also tested in races and five-in-hand under harness.

The Shagya Arabian became the ultimate all-purpose riding and driving horse, combining the endurance, intelligence and character of the Arabian with the size and strength of traditional western cavalry horses. They cut a fine figure pulling the imperial carriages, they had a nobility that lent itself to parades and events, they were comfortable and easy to handle, and they could tough out the most demanding military situations. As well as the Empire’s cavalry, the Habsburgs’ Imperial Guard and favoured royal officers were mounted on Shagya Arabians, and they were coveted by European royalty.

By the 1930s, the Shagya Arabian studs in the Austro-Hungarian Empire were producing around 3,000 horses each year, with most being used to supply the military. However, as with so many breeding programs, the studs were devastated by World War II. The remnants of the breed were scattered across Austria, Western Europe, and behind the Iron Curtain. Small populations remained, teetering, until finally their potential for improving warmblood breeds was rediscovered in the 1960s. At first they were referred to as Babolna Arabians, but since Babolna had also produced purebred Arabians, the name was officially changed to Shagya Arabian (or Shagya-Araber) in 1976. Two years later, the breed was accepted as a distinct and pure breed by the World Arabian Horse Organisation, and the studbook has continued ever since, with its unbroken line extending back more than 200 years.

Distinguishing features: Shagya Arabians share many traits with Arabians: they have great toughness and stamina, yet are also refined and elegant, with friendly, people-oriented personalities. However, Shagya Arabians are bigger-boned, larger-framed and taller, generally standing from 15 to 16 hands high. They have an expressive head, well-formed neck, good topline, long croup, and strong, correct legs. They carry their tails high, have correct and expressive movement, and appear balanced and harmonious. Grey is the most common colour, although black, bay and chestnut are also seen.

Modern day Shagya Arabian: Shagya Arabian bloodlines are now woven into virtually every warmblood breed. They are tremendously good jumpers and are often used as sport horses, competing in show jumping, eventing and cross country. They are very successful endurance horses and, thanks to their versatility, are also used for dressage, hunting, competitive trail riding, western pleasure, reining, gymkhana, driving, mounted shooting and archery, and trick riding. Shagya Arabians are just as capable of being high-level competition horses as they are of being perfect pleasure and family horses. Hungary’s Babolna Stud still breeds Shagya Arabians to this day, and studs have been established in many regions of Europe, the U.S. and Australia.