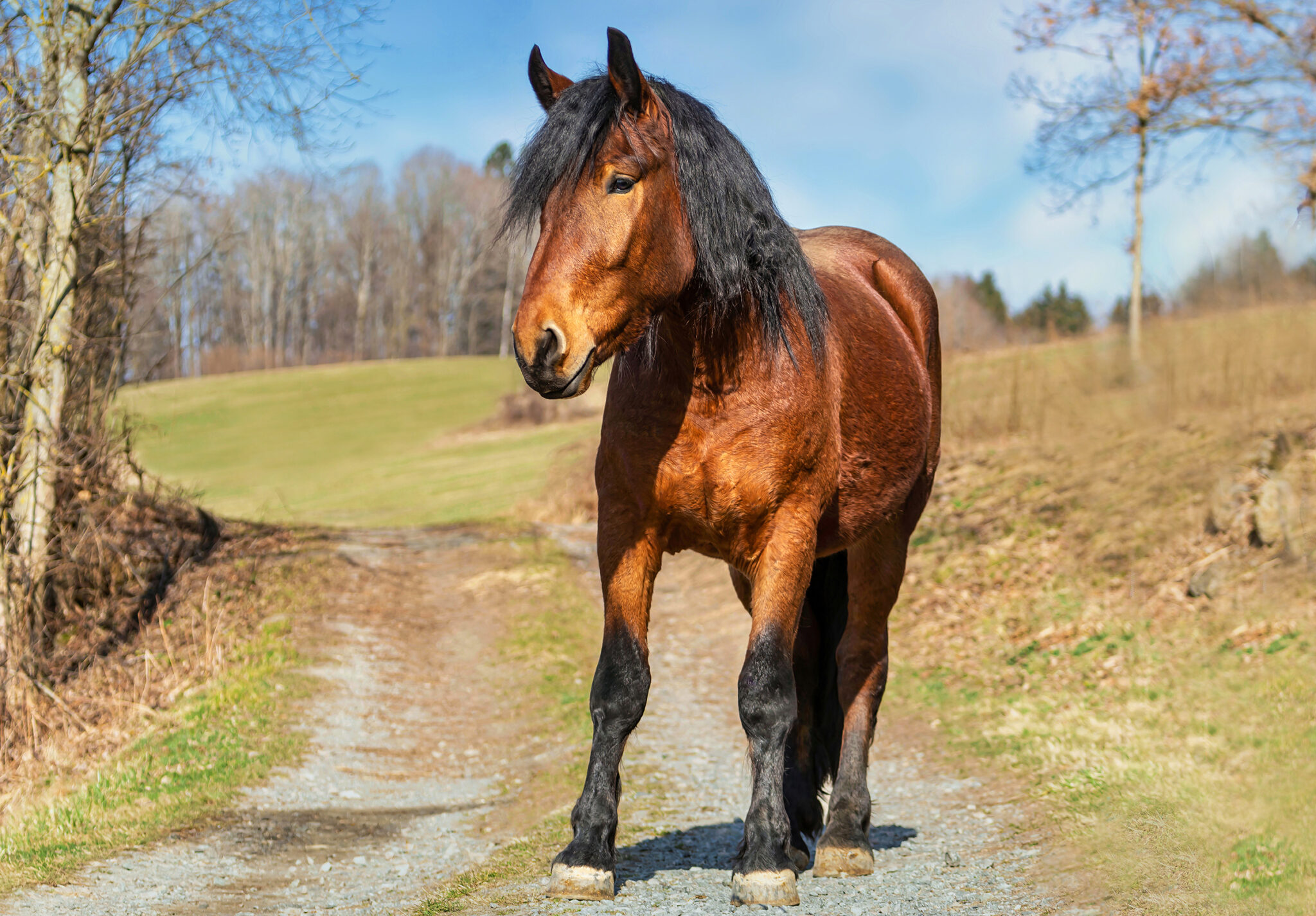 Breed origin: The South German Coldblood is a descendant of Austrian Noriker horses that were introduced to Bavaria, in southern Germany, in the 1800s. The Noriker is a fine draught horse, but breeders in Upper Bavaria wanted to create a different, more agile breed to call their own. They added Oldenburg, Holsteiner, Clydesdale, Cleveland Bay, Thoroughbred and Norman bloodlines to create an entirely new draught breed. The breed has remained more or less pure since 1880, with the exception of some Clydesdale, Belgian and Suffolk Punch influences in the 20th century. A stud book was established in 1906, and breeding came under state control in 1920. South German Coldbloods have been used for all manner of farmwork, as well as for forestry and carrying packs and artilleries in mountainous regions. Of the four main German draught breeds, the South German Coldblood is the only breed not listed as endangered.