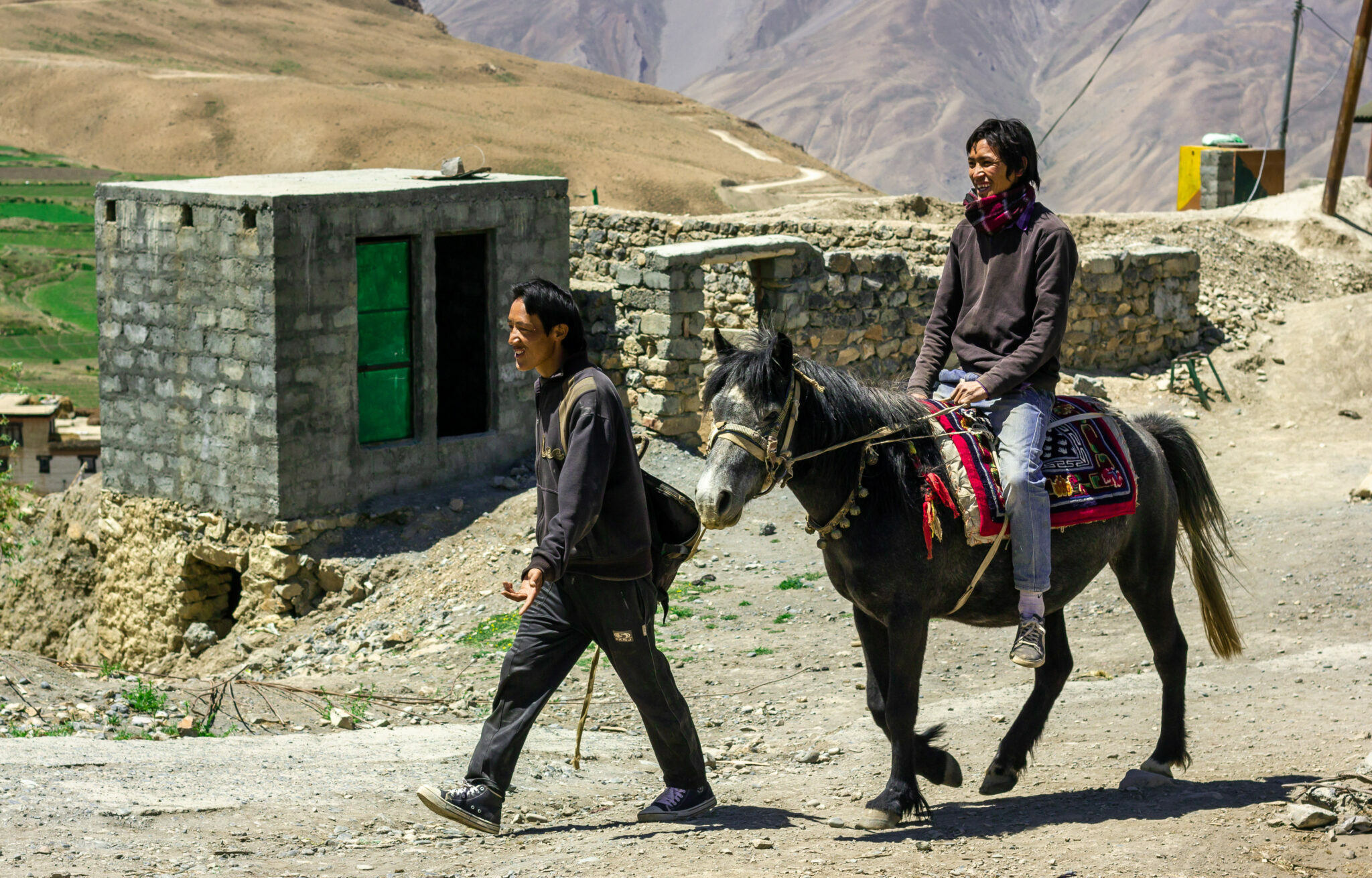 Breed origin: Where the Himalayan mountains meet the vast Tibetan Plateau, there is a small, hardy native horse called the Spiti. Named after the Spiti River, this breed is incredibly well-adapted to high altitudes. For centuries, Spiti horses were used to transport goods between Tibet and India, carrying huge loads across the mountains like it was no big deal. After trade with Tibet ended in 1962, the Indian side of the border became the Spiti’s homeland, where the breed is still highly valued by the local people. In fact, Spiti horses are still traded with the neighbouring Changpa nomads in exchange for jewellery, rugs and wool. Their value has also been enhanced by the Indian Army’s need for horses that can navigate mountain tracks that are inaccessible by vehicle. In the summer months, families merge their horses into large herds, which are easier to manage as they roam the unfenced plateau. Traditionally, groups of villages use one stallion to cover all their mares, choosing a different stallion each year. However, with many Spitis living mostly in a wild state, it is also common for the dominant stallion to sire most, if not all, of a herd’s foals.

The Spiti is closely related to the Zanskari, a breed that shares much of the Spiti’s native territory, but the Zanskari is larger and doesn’t cope as well at high altitudes. It is also related to the Tibetan pony and the Mongol horse, which could be its ancestors.

Distinguishing features: This is a small breed, averaging 11.2 to 13.2 hands high, with a solid, compact body and strong bones. The most common colours are grey and brown, but many more are seen including bay, chestnut, black, palomino and piebald. Some Spitis have primitive markings such as a series of small dark stripes, or white patches, along the spine. While most have a fairly heavy head with a convex profile, some have a slightly concave profile, suggesting an Arabian influence. Spitis are well muscled with a deep chest, slightly sloping shoulders, low withers and a short, straight back. They grow a dense winter coat and a long mane and tail, and the hair on their short, sturdy legs is long and coarse. Other adaptations for their mountainous habitat include the ability to literally sniff out glaciers, walk easily on ice and traverse incredibly difficult, sloping terrain without batting an eyelid. These docile horses can travel with a rider or a pack on long journeys without tiring, survive on scant feed, and tolerate winter temperatures as low as -45°C. Spiti horses are one of the few naturally ‘gaited’ breeds, with a lateral pace rather than the usual diagonal trot making them exceptionally comfortable to ride over long distances.

Modern day Spiti: Today the Spiti is so highly prized in its native region that some villages have created their own insurance scheme to safeguard against the loss of their precious horses! This is mostly required during the summer months, when the horses graze on the alpine pastures with very little supervision from the villagers, who live on the other side of the gushing river. This leaves the horses vulnerable to attack by snow leopards and brown bears. In winter, however, they are brought back to the villages and kept in wooden houses or stables, where they’re given fodder that the villagers have painstakingly harvested over the previous months. Spiti horses are used for riding, games and as pack animals. The Indian Army also uses them for transport in especially remote and rugged parts of the Himalayas.