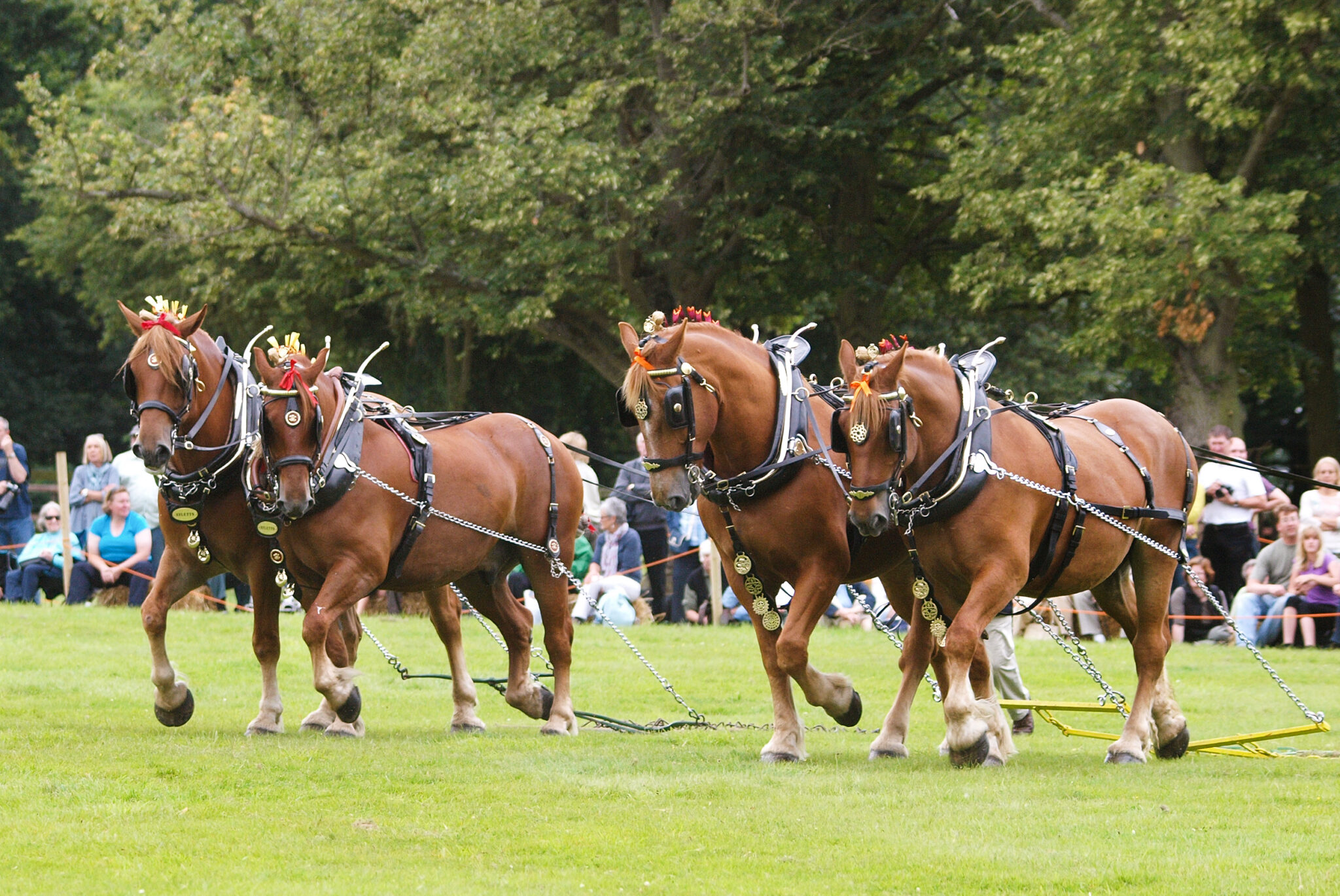 Breed origin: The Suffolk Punch is England’s oldest breed of heavy horse, dating back to the early 16th century. Developed in Suffolk and the surrounding counties in East Anglia, the breed’s most distinguishing feature is its colouring. All Suffolk Punch horses are chestnut, or ‘chesnut’, as spelled out in the ancient breed standard. Seven shades are recognised: dark liver, dull dark, light mealy, red, golden, lemon and bright. Today, all Suffolk Punch horses can trace their lineage back to a stallion born in 1768 who was owned by Thomas Crisp. Bred for farm work, they are exceptionally strong and hard-working. Over the centuries, they have travelled with settlers to the United States, Europe, South America, Africa, Australia and New Zealand to assist with all manner of work including logging, ploughing, load-pulling and artillery hauling during wartime.

Distinguishing features: Always ‘chesnut’, the Suffolk Punch may have small white markings on its face and legs, and a sprinkling of white or silver hairs on the body is sometimes seen. Unlike other English draught breeds, the Suffolk Punch has no feathering on the legs, giving it the appearance of having a body much too large for its fine legs. The head is large and broad, but well-shaped and elegant, with bright eyes. The shoulder is long and muscular, leading to deep, round ribs, a wide and level back and broad hindquarters. The legs are short and clean and the hooves, once problematically small, have since been bred to be exceptionally well-formed. The breed usually stands between 16.1 and 17.1 hands high, weighing between 750kg and 1 tonne. Compared to other draught breeds, the Suffolk Punch needs relatively little food and is known as an ‘easy keeper’. A docile nature, intelligence, and willingness to work are key characteristics of the breed.