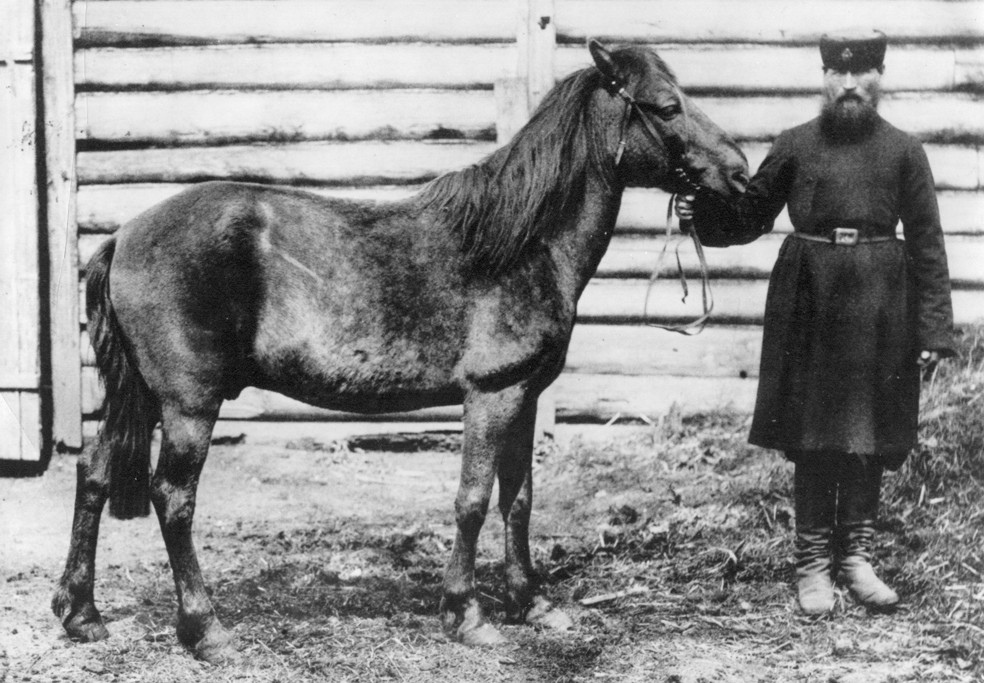 Country of origin: Russia, although Tarpans once roamed over most of Europe.

Breed origin: The original Tarpan is an extinct subspecies of horse whose scientific name is Equus ferus ferus. The Tarpan developed during the ice age as a subspecies of Equus ferus, which lived all over the land from western Europe to Alaska, as well as in parts of eastern Europe and the Eurasian Steppe. Also known as Eurasian wild horses, Tarpans are believed to have first been domesticated in Russia around 3000 BC. Although their influence on the modern horse is much debated, there is strong evidence that many European and Russian breeds developed from domesticated Tarpans. Some believe they are the ancestor of all modern horses.
As the human population of Europe grew and farming and agriculture became the typical means of survival, the Tarpan’s habitat gradually shrunk. They were also hunted, both as a food source and to prevent them from competing with domesticated livestock for food and water. Tarpans were also known for damaging crops and stealing and interbreeding with tamed mares, resulting in undesirable foals. Interbreeding was another major reason the Tarpan died out: by the 1800s, when Tarpans were on the verge of extinction, it is likely that most remaining specimens were hybrids. The last wild Tarpan herds were killed in the mid-1800s by farmers who considered them pests. A small number then existed in captivity, with the last specimen (seen in the above photograph) dying in Russia in 1909.

Distinguishing features: The Tarpan stood around 12-13 hands high and was typically mouse-grey in colour, with a pale underside, a dorsal stripe, dark legs and a short, dark, frizzy mane. The Tarpan had small ears, a large, thick head and a strong, compact body. 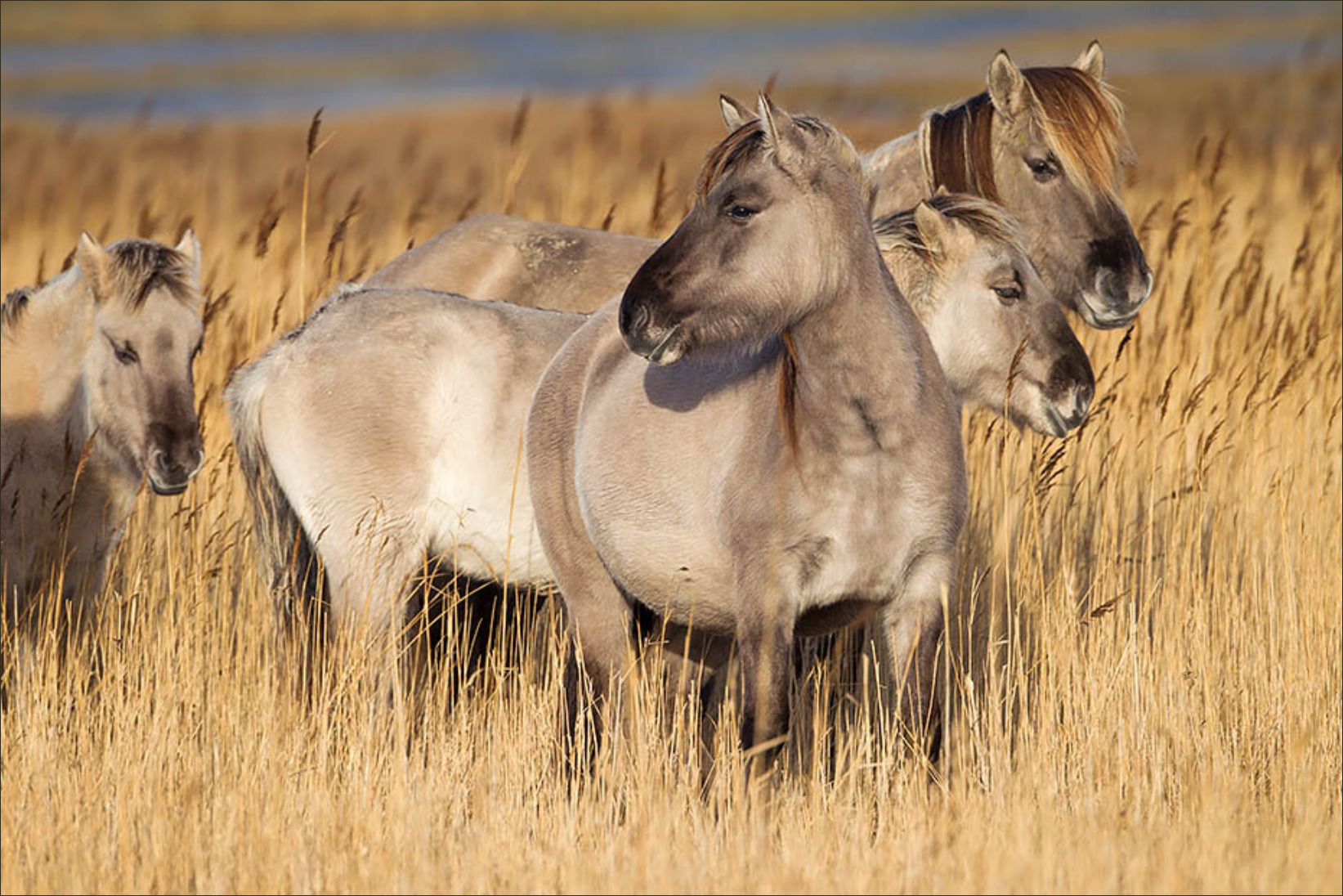 Modern day Tarpan: Shortly after Equus ferus ferus became extinct, efforts were made in Poland to preserve the primitive hybrids which had survived in the hands of local peasants and still had many Tarpan characteristics. Known as Konik horses, they were kept in a national park with the intention of ‘breeding back’ the Tarpan until World War II, when some animals were sent to Germany and many were lost. Today, the Konik is thriving not only in Poland but in nature reserves in many other European countries. But the Konik is far from the only ‘modern Tarpan’.
The Heck horse (pictured above) was originally bred by two German zoologists, Heinz and Lutz Heck, during the 1930s and 40s. They ‘bred back’ the Tarpan by selectively breeding Konik, Gotland and Icelandic horses with Przewalski horses.
The Hegardt horse was developed from the American mustang, of all breeds! Harry Hegardt observed many Tarpan-like traits in certain wild mustangs and ranch horses and created his own breeding programme, eventually succeeding in breeding back the Tarpan size, colouring and upright mane.
As well as these selectively bred resurrections, many indigenous European horse breeds still hark back strongly to the Tarpan. The Pyrenean Tarpan is a type, rather than a breed, and includes Koniks, Pottaks, and Garranos, which are native to Poland, France and Portugal, respectively. Opinions are divided on whether they are separate breeds or a single breed known by many different names. Regardless, Pyrenean Tarpans have all the known characteristics of the Tarpan except the semi-upright mane.
The Sorraia horse is another breed that is very close to the Tarpan. Developed in isolation along Portugal’s Sorraia river, they descend from just 11 or 12 individuals, a remnant population of indigenous Iberian wild horses. DNA analysis of the Sorraia suggests that these wild horses could very well have been Tarpans.
While breeders of Heck, Hegardt and Konik horses all claim to have successfully ‘bred back’ the Tarpan, scientists maintain that these horses are still Equus ferus caballus and can never replace the genetically distinct Equus ferus ferus.