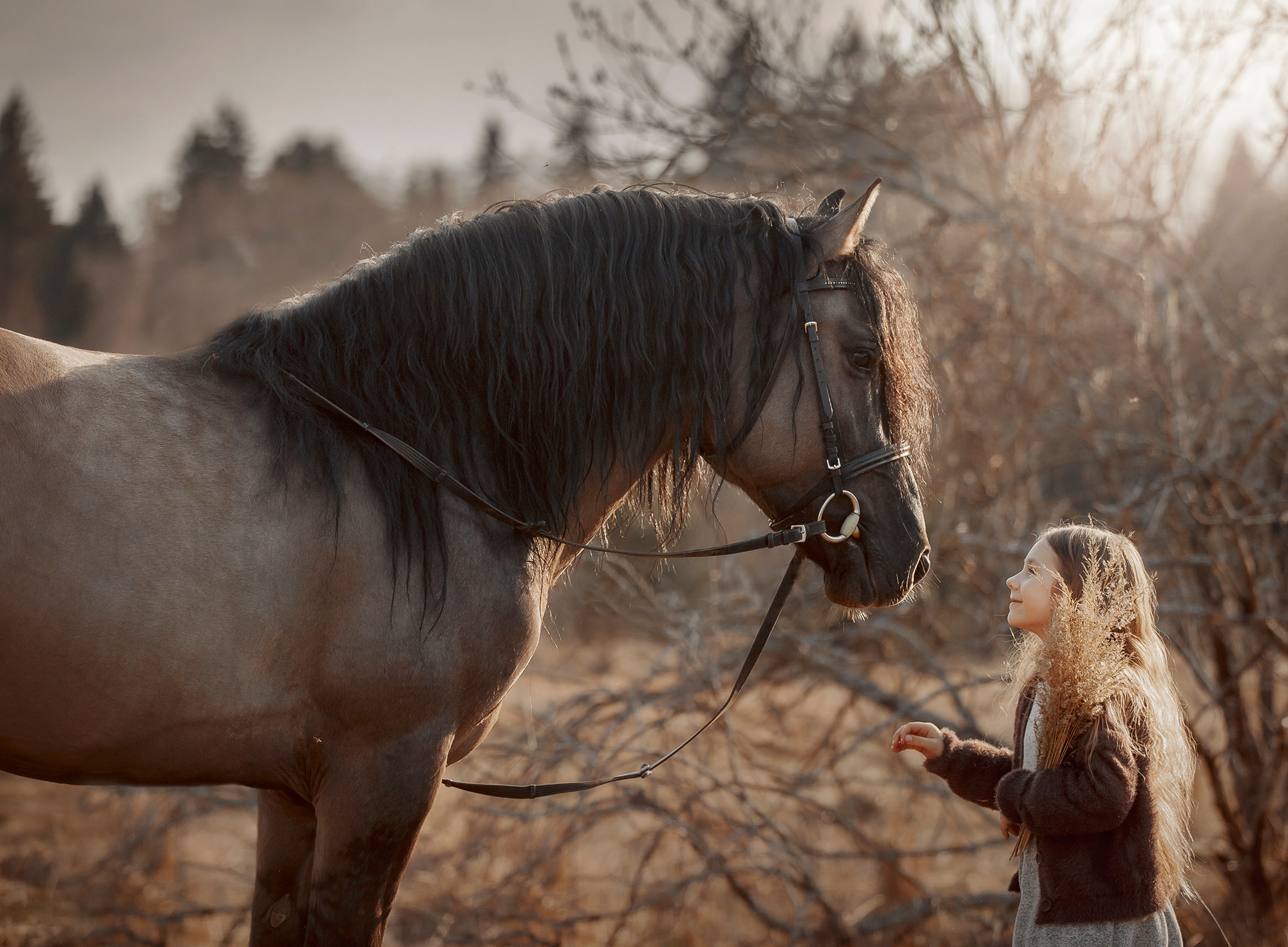 Name of breed: Vyatka, or Viatka

Breed origin: The Vyatka is named after the river of the same name that flows through the region of Kirov Oblast in western Russia. The Vyatka horse was developed in this area, which was once also known as the Vyatka region, between the 14th and 18th centuries. It is believed that the original Vyatka horses were direct descendants of the Tarpan, an extinct equine subspecies that lived as both a domesticated horse and a wild animal until the 19th century. Many Russian horse breeds are thought to have developed from domesticated Tarpans, and the similarities between the Vyatka and the Polish Konik horse support this theory. In the 14th century, the Vyatka was influenced by Estonian horses brought to Russia by colonists from Novgorod, a city northwest of Kirov Oblast. Later imports of Estonian horses may have further enhanced this influence, which is today most notable in the Vyatka’s clean and muscular conformation. The other major factor in the breed’s development was its environment, which saw it exposed to challenging, rocky terrain and long, snowy winters, with relatively short summers bringing lush pastures on which to feast, but a lot of work to be done, too. In this region, people and their working animals would have lived by the phrase ‘make hay while the sun shines’. Living in these conditions for centuries, the Vyatka became an extremely tough, sensible horse capable of thriving on limited fodder, with great stamina, an energetic disposition, and enough strength to undertake the draught work required of it.

Historically, one of Russia’s most popular equestrian sports has been troika racing, a sport in which three horses are harnessed side by side, usually to a sleigh. This sleigh or harness, called a troika, allows the horses to be driven at a trot (‘pacing’), at a gallop, or with the inside horse trotting while the outside horses canter! By the mid-19th century, the Vyatka had made a name for itself as the best troika horse in Russia, with many being exported to other parts of Russia and even Poland. It was later eclipsed by pacing breeds such as the Orlov Trotter, and partly as a result of this, breeders began crossing Vyatka horses with trotters and heavy draught horses in order to produce more specialised crossbreeds. Combined with the mechanisation of transport, farming and industrial work, the effect on the Vyatka was almost lethal. By 1917, the breed was almost extinct. Thankfully, after the Russian Revolution that same year, steps were taken to re-establish the breed using the few remaining purebred Vyatkas and horses with a strong percentage of Vyatka blood. The required introduction of non-Vyatka bloodlines did result in the loss of consistent colouring within the breed, which was originally always dun with distinctive primitive markings. However, on the whole, the re-establishment was a success, with 2,000 Vyatkas estimated to have existed in their native region in 1980. Sadly, since then, numbers have once again declined and the breed is now listed as endangered. Dedicated stud farms will be required to protect the Vyatka.

Distinguishing features: The Vyatka is a stocky, muscular horse standing between 13 and 14 hands high. It is known for its ability as both a draught horse and a harness racing horse, with incredible stamina, speedy gaits, a sound constitution and a willing temperament. It is very economical to keep and has a sound constitution, two traits highly valued in its native territory. The Vyatka has a clean-cut head with a wide forehead and a broad jaw, leading to a very thick, short neck that is often well-arched. Its broad, long back leads to a deep chest and short, wide croup. The breed’s legs are solid and short, although the hind legs are often sickle-hocked. It has a long, thick mane and tail and develops a heavy winter coat, as well as a layer of subcutaneous fat, for protection against the intense cold. As mentioned earlier, the original colouring of the Vyatka was dun or red dun, with consistent primitive markings (a dorsal stripe, a cross on the shoulder and zebra stripes on the legs) hinting at its ancient origins. However, after the re-establishment of the breed in the 20th century, the colouring diversified to include other dun and roan variations as well as brown, bay, chestnut and black.