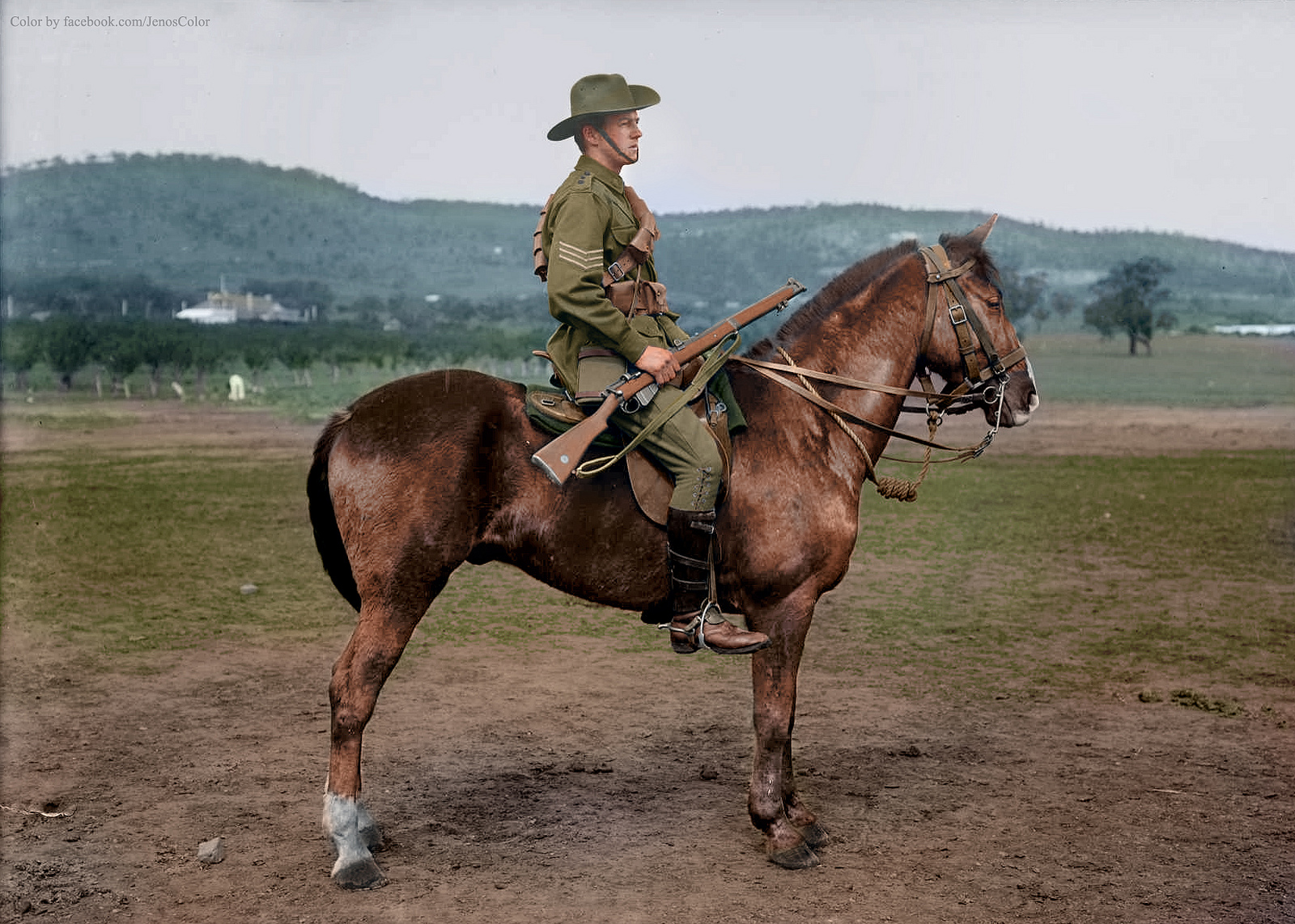 Breed origin: The Waler was developed in colonial Australia by crossing a huge number of breeds including heavy draught types, strong coach horses, Timor Ponies and native British ponies, Thoroughbreds, Arabians and the African Cape Horse. To handle the harsh Australian conditions and the tough work required of them, these horses needed strength, endurance, hardiness and versatility.
It wasn’t long before Walers were being bred on a large scale, with a booming export trade developing in the 1830s as their unmatched abilities as cavalry horses became the talk of the British Army. It was then that they got their name, coined by the British Army in India, who referred to them as ‘New South Walers’.
In 1886, Sir T. A. Coghlan wrote of the Waler, ‘The bush horse is hardy and swift and capable of making very long and rapid journeys when fed only on the ordinary herbage of the country: and in times of drought, when grass and water have become scanty, these animals often perform astonishing feats of endurance.‘
Of the 37,245 horses dispatched from Australia during the Boer War, most were Walers. Again, in World War I, Walers were the favoured war horse, especially within the Australian Light Horse Brigade. 121,324 Walers left Australia for Africa, India, Palestine and Europe over the course of the War. Tragically, only one came home: a gelding called Sandy, mount of Major-General W. T. Bridges, who died at Gallipoli in 1915. Another famous Waler was Bill the Bastard, so named because of his tendency to buck like a bronco. Bill earned himself a new reputation at the Battle of Romani, when he carried five men – three on his back and one balancing on each stirrup – three quarters of a mile to safety, all the time under heavy fire.
Wales were again used in World War II, but not on anything close to the scale of World War I. And when they were no longer needed for battle, Walers rapidly faded out of interest. Australians no longer relied on horses as their primary means of transport and the working horse was being gradually replaced by machinery. Being a rather plain breed, the Waler was not seen as an appealing pleasure mount, either. Many breeders abandoned, or even destroyed, their Waler stock. Purebred Walers became rarer as they were cross-bred to more desirable types, and by the 1960s, Walers were on the verge of extinction.
Luckily, in the mid-80s, it was discovered that many of the wild horses being culled in the Northern Territory were descendants of Waler breeding stock. Running wild around what was once a wartime remount station, their bloodlines had remained more or less pure. Many of these horses were captured and relocated to domestic homes, and the Waler Horse Society was formed to preserve the breed. More wild populations were discovered over the years – in fact, they are still being discovered today – and breeding studs have been reestablished all around Australia.

Distinguishing features: Walers are known for their intelligence, bravery and calm, sensible temperament. They have alert and kind eyes, a refined head, a strong neck, well-defined chest, straight, strong legs with plenty of bone, a strong, rounded back, deep hindquarters and girth, and a fine, full tail. They can stand anywhere between 10-17 hands high, although most are between 14.2 and 16 hands high. The most common colourings are chestnut, bay, black, brown and grey, but roan, pinto, buckskin, palomino, taffy and dun are also seen. Primitive markings are fairly common.

Modern day Waler: The Waler’s versatility still sees it excel at a range of disciplines. It is a great working horse, having had a huge influence on the Australian Stock Horse, and is also excellent for jumping and pleasure riding. Four types are recognised: Pony (a scout horse or mounted games horse), Officer (a light type), Trooper (a medium type) and Artillery (a tall, heavy type).