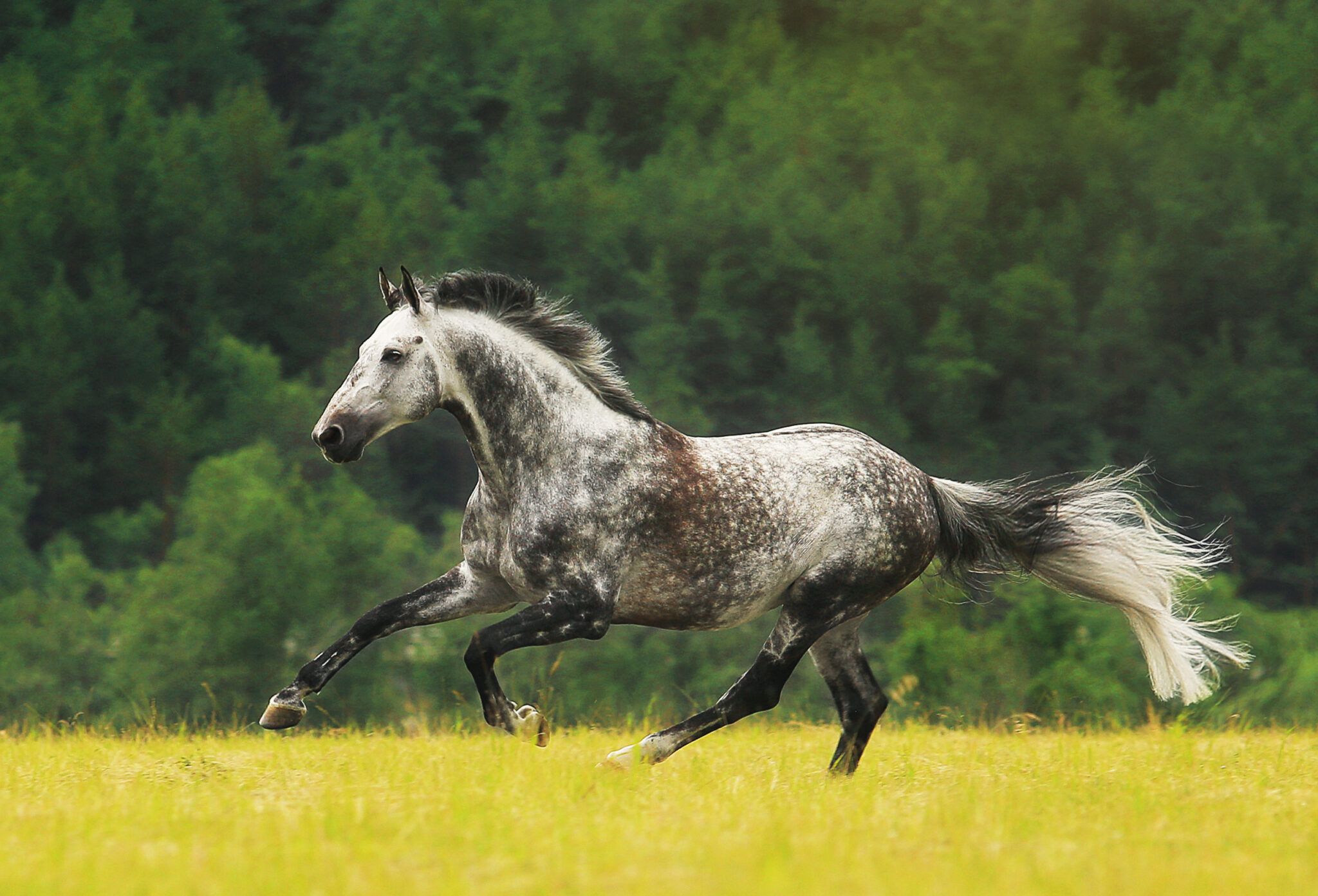 Name of breed: Holsteiner, or Holstein

Breed origin: The Holsteiner originated in the Schleswig-Holstein region of northern Germany, with its windswept coastal marshes and rich, wet soil that can dry out and turn hard as a rock in mere hours. A small native horse is said to have lived here since the first century A.D., and in the 13th century, monks at a nearby monastery started developing these native horses into a larger breed more suited to farm work and riding in times of war. The monks crossed the native horses with Spanish (today’s Andalusian), Neapolitan and Oriental horses to create a strong, reliable, athletic and courageous steed. Originally, the breed was not especially tall, but it had a compact build, a thick, high-set neck and expressive movement. In just a few centuries, Holsteiner horses had earned such renown that King Philip II of Spain frequently imported them for his royal stud!

After the Protestant Reformation in the 16th century, the monks’ horses passed into the hands of local landowners. The state passed laws to insure the quality of the breed and offered incentives to promote good breeding practices. The Holsteiner’s reputation continued to grow both within Germany and all over Europe. Twelve Holsteiners became the foundation stallions of the Hanoverian breed in the neighbouring state of Lower Saxony 1735, and in 1797 over 10,000 Holsteiners were exported all over Europe.

The need for horses big and strong enough to carry knights transformed into a need for lighter, more agile mounts for the cavalry, and eventually even this need was overtaken by the need for elegant, flashy and ground-covering carriage horses. However, Holsteiners were also still being used in their native region for farm work, so their hardiness and good work ethic were never sacrificed for the sake of appearance. Thoroughbred, Cleveland Bay, Hackney and Yorkshire Coach Horse bloodlines were added to improve the Holsteiner’s ability as a carriage horse.

The Holsteiner stud book was founded in 1891, then in 1935 the Holsteiner Verband (association) was formed. Holsteiners had been used to pull artillery wagons in World War I and II, but in the aftermath of these wars their population dwindled rapidly. Replaced by machinery on most farms, and by automobiles on most roads, they were more or less redundant. The state stud was dissolved in 1960. But the Holsteiner Verband wasn’t giving up: they bought almost all of the state stud’s stallions and set about reinventing the breed as a top class sport horse. Thoroughbred stallions were used extensively to refine the Holsteiner’s physique, speed, agility and jumping ability while also increasing its height and elegance. The transformation was immensely successful and Holsteiners have since been used in the creation and improvement of numerous sport horse breeds including the Danish Warmblood, Dutch Warmblood, Bavarian Warmblood, Oldenburg and Knabstrupper.

Distinguishing features: The Holsteiner is a hardy, athletic horse standing around 16 to 17 hands high. It has a clean, refined head with large, kind eyes and an arched, high-set neck carried with grace and lightness. The breed has powerful hindquarters and good solid bone, giving it great power, scope and technique when jumping. In fact, Holsteiners are considered one of the best show jumping breeds in the world! They are frequently seen at the Olympics and the FEI Jumping World Cup. On top of this, Holsteiners still have the elegant, active gaits of their coach-driving ancestors, with natural balance, impulsion and elasticity. They are willing, reliable, bold and good-tempered. It is uncommon for Holsteiners to have prominent white markings, and they are typically bay, brown, black, chestnut or grey.