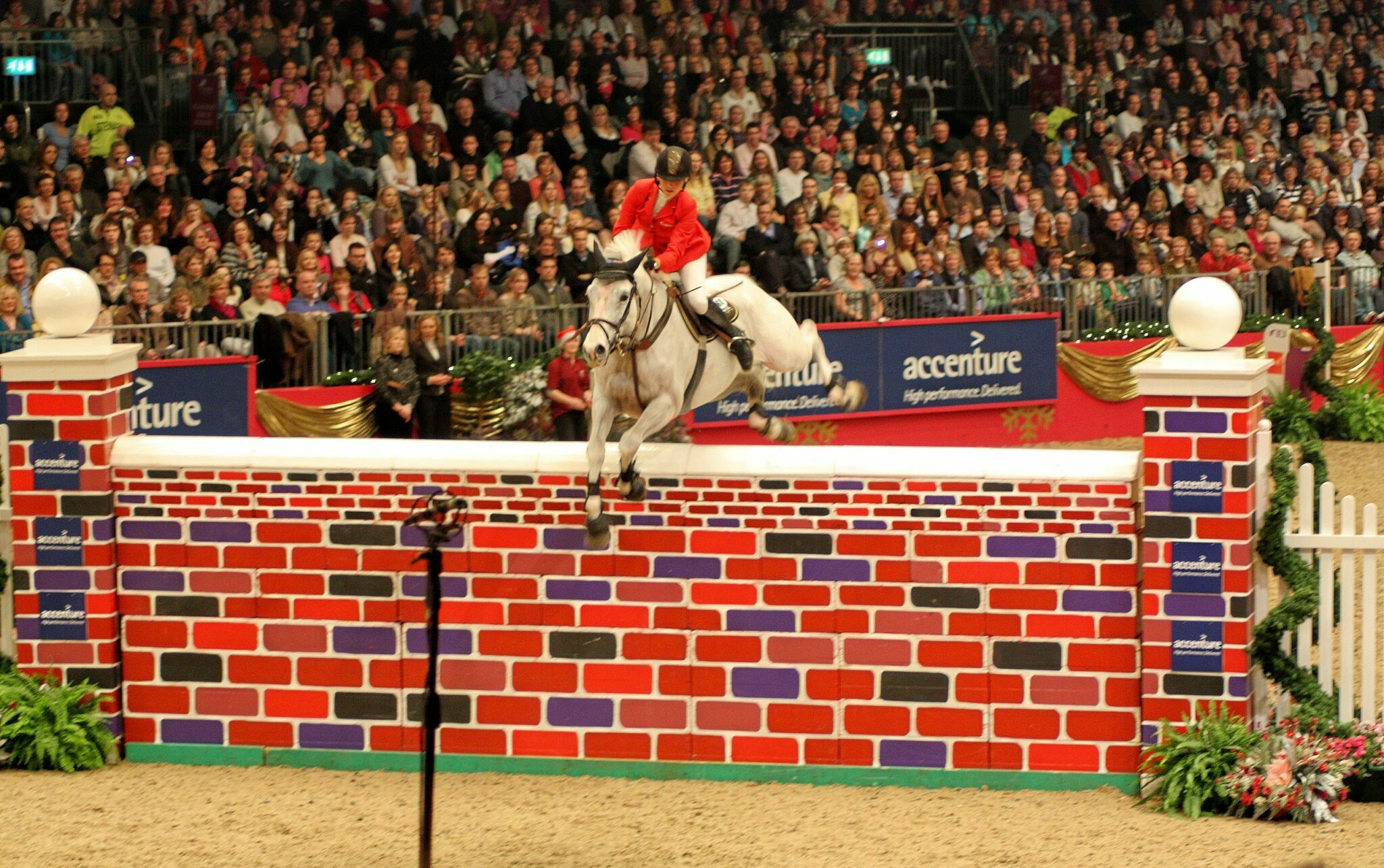 Named after the French word for ‘power’, puissance is a high-jump competition within the sport of show jumping that puts a horse and rider’s power, scope, bravery and trust to the ultimate test. It’s a fast-paced and thrilling spectator sport, that’s for sure! The puissance wall is so high that often, only the rider’s helmet can be seen from the other side. Now, while the above photograph might look like the horse is jumping a solid brick wall, don’t worry – the top portion is made of lightweight blocks topped with felt, designed to fall away easily should things go awry.

The puissance competition takes place over a maximum of five rounds, or until only one competitor is left, with the giant wall being raised after every round. In the first round, riders must clear a three- to five-jump course before tackling the wall. However, if they make it to the subsequent rounds, they only need to clear one obstacle (a spread jump) before facing the wall. If they knock a rail at any point, they are disqualified. If more than one horse and rider combination jumps clear in the fifth round, the winning prize is split between them.

The puissance wall often reaches over 2 metres (6ft 7in) high. In the photo above, Ellen Whittaker and her horse Ladina B are clearing 7ft 2in! Those who make it this far reach the coveted ‘7-Foot Club’, a greatly admired group of horses and riders who have jumped higher than most would ever dream.

The current puissance world record (seen in the video above) is held by Germany’s Franke Sloothaak, who cleared 7ft 10 ½in (2.4m) in 1991 on a horse named Optiebeurs Golo. In doing so, he broke the previous record (2.35m), which he had set on a different horse called Leonardo.

However, believe it or not, this is only the puissance record, NOT the record for the equestrian high jump, which is even higher at 8ft 1in (2.47m)! This record was set by Captain Alberto Morales riding Huaso xx in 1949 and still stands unbeaten. The successful leap took two years of training and three attempts on the day.

I don’t know what else to say except wow… just wow! I wonder what’s going through a horse’s mind as they canter towards a wall that’s higher than their head. It’s such a testament to their courage and trust in their rider that they take off from the ground and give it their all to clear it.