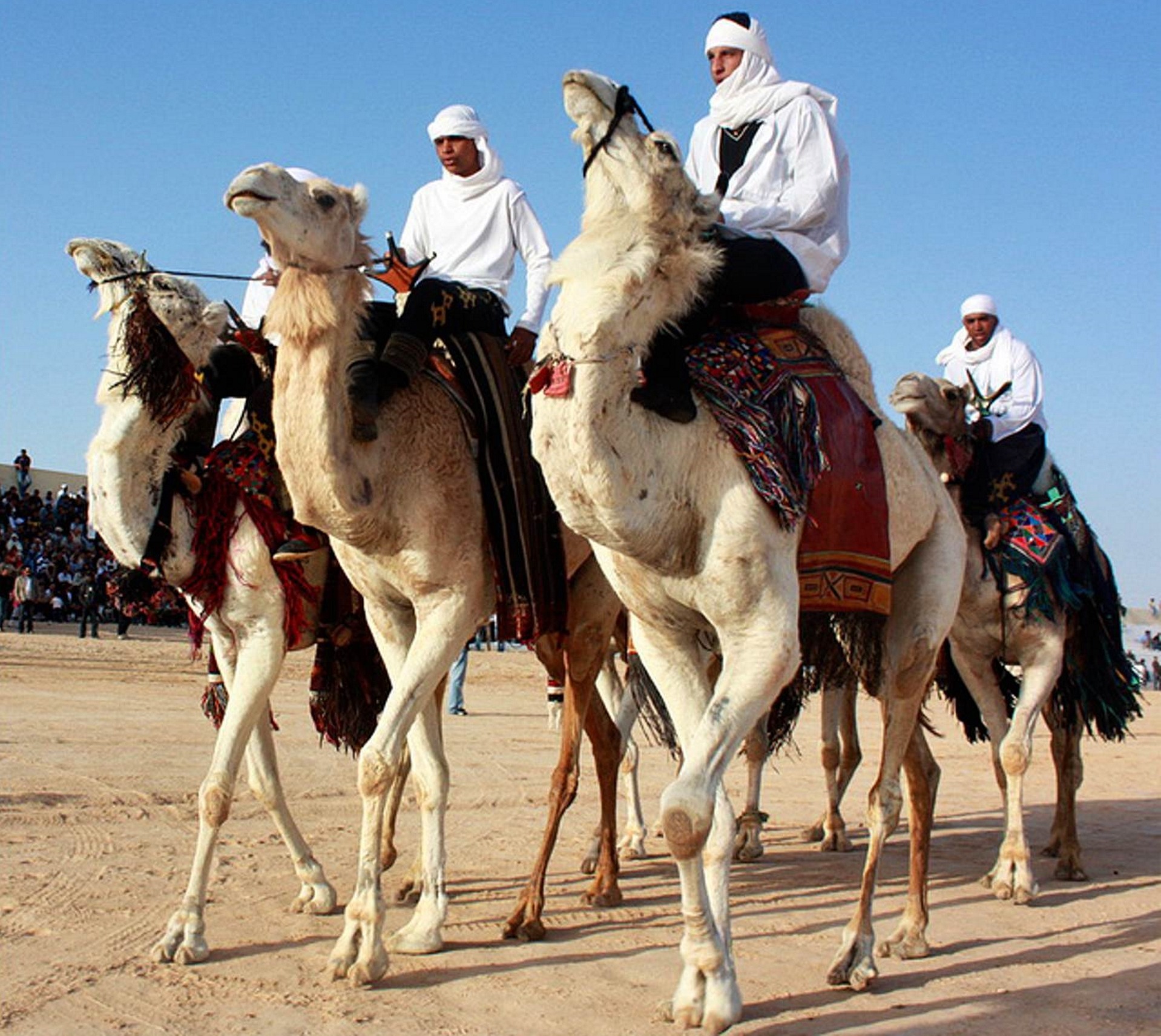 Once a year, the town of Douz in Tunisia plays host to a festival that, although little-known to tourists, brings thousands upon thousands of visitors to its doorstep. The International Festival of the Sahara is a multi-day celebration of the traditions, arts, culture and lifestyle of North Africa. Set at the literal gateway to the Sahara (the desert begins just past the town walls!), this is a party of epic proportions that has gained huge momentum, yet lost none of its authenticity, since its inception in 1910. 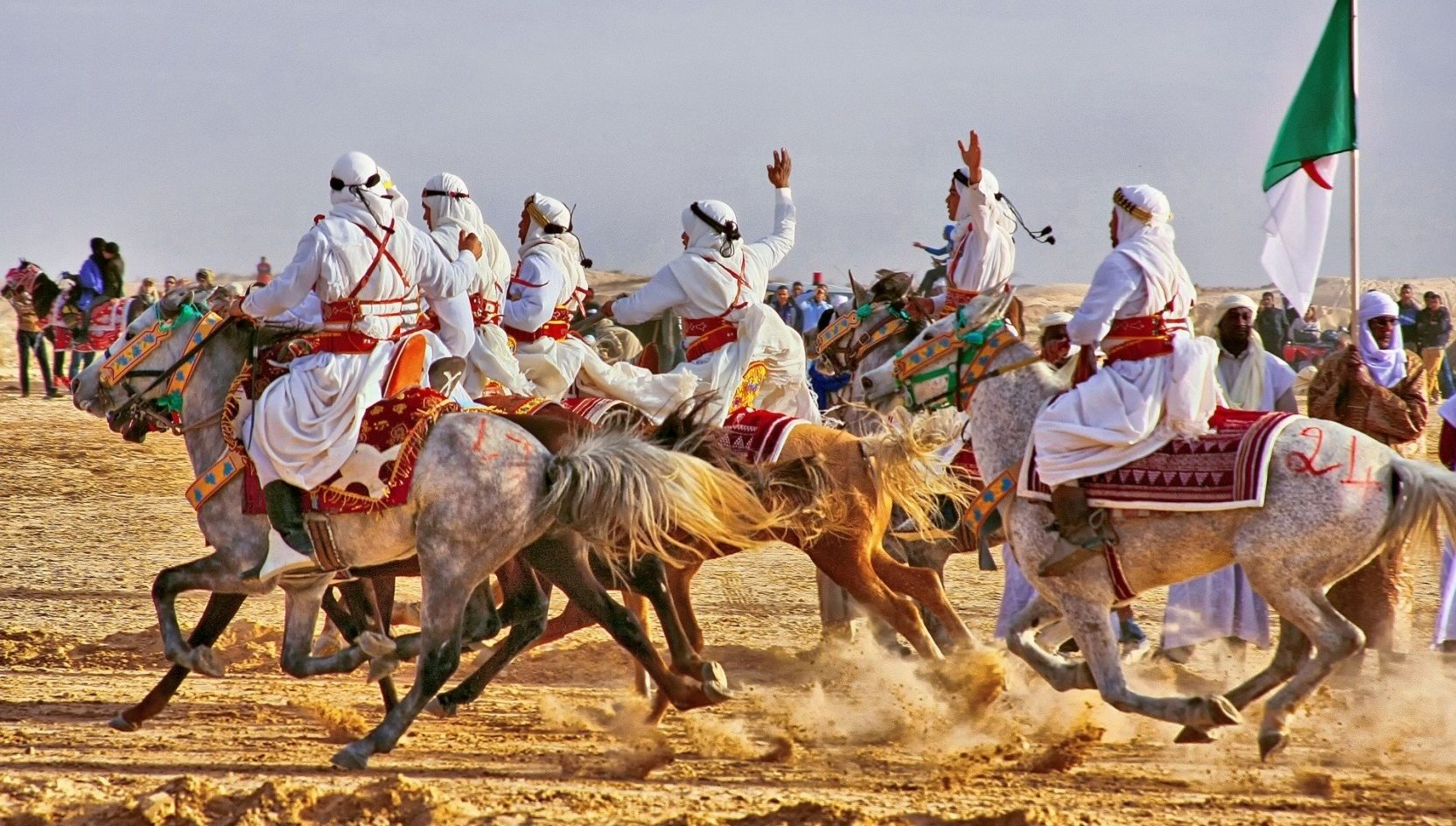 Originally known as the Camel Festival, it started out while Tunisia was under French rule with a few popular Bedouin games and traditions. These included camel racing and wrestling (yep, you read that right!), Sloughi hunting (Arabian greyhound racing), dancing, and of course, public weddings. Today, these events can all still be seen at the festival, as well as countless others – both organised and spontaneous – ranging from acrobatics to sand hockey to horse racing to the final event: the desert rodeo. 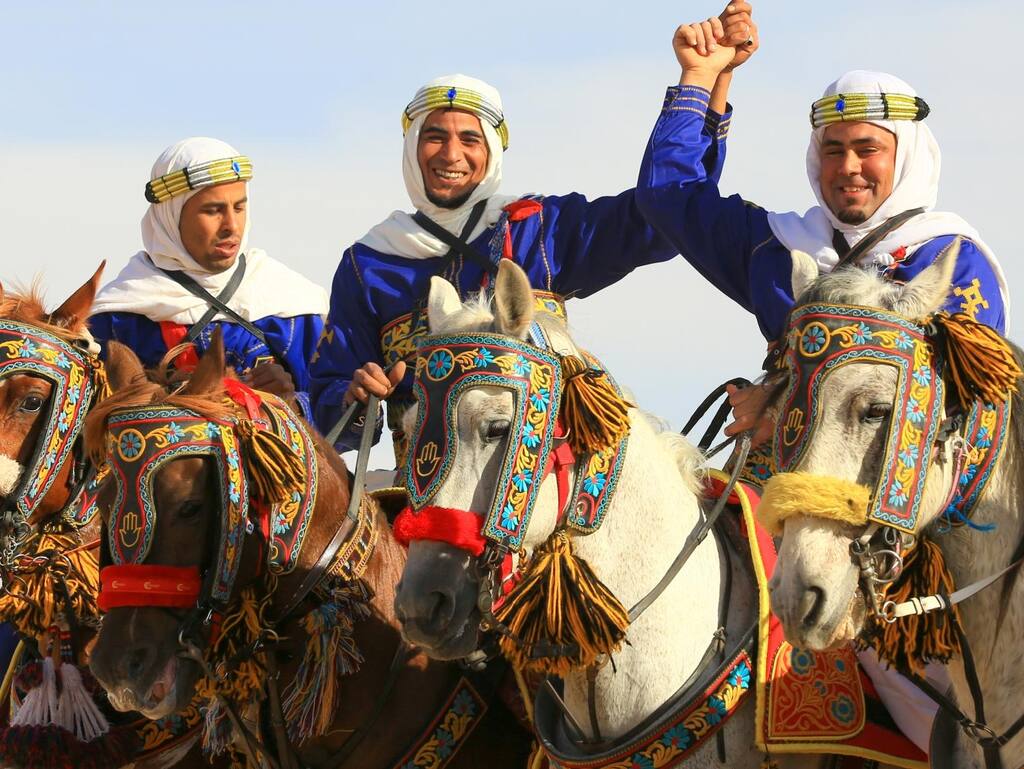 The desert rodeo is a game set to pounding drums that begins with one rider, usually a father, galloping his horse in a circle as he slowly works himself into a standing position on the horse’s back. He then jumps off, before mounting up again and repeating the feat, except that this time he also picks up a small boy and carries him aloft. Then he picks up a small girl, and suddenly all three are standing upright on their galloping horse!

With Bedouin and Berber culture galore, there is a lot more to this festival than just fun and games. Theatre, dance, poetry, music, a craft fair and some of the most delicious food in the Sahara are all big drawcards, not to mention the desert itself, which will bewitch you with its pulsing rhythms, vivid colours and shifting sands. The vibrance, creativity, thrills, celebrations, discoveries, cultures and history of the International Festival of the Sahara represent everything the people of North Africa treasure. 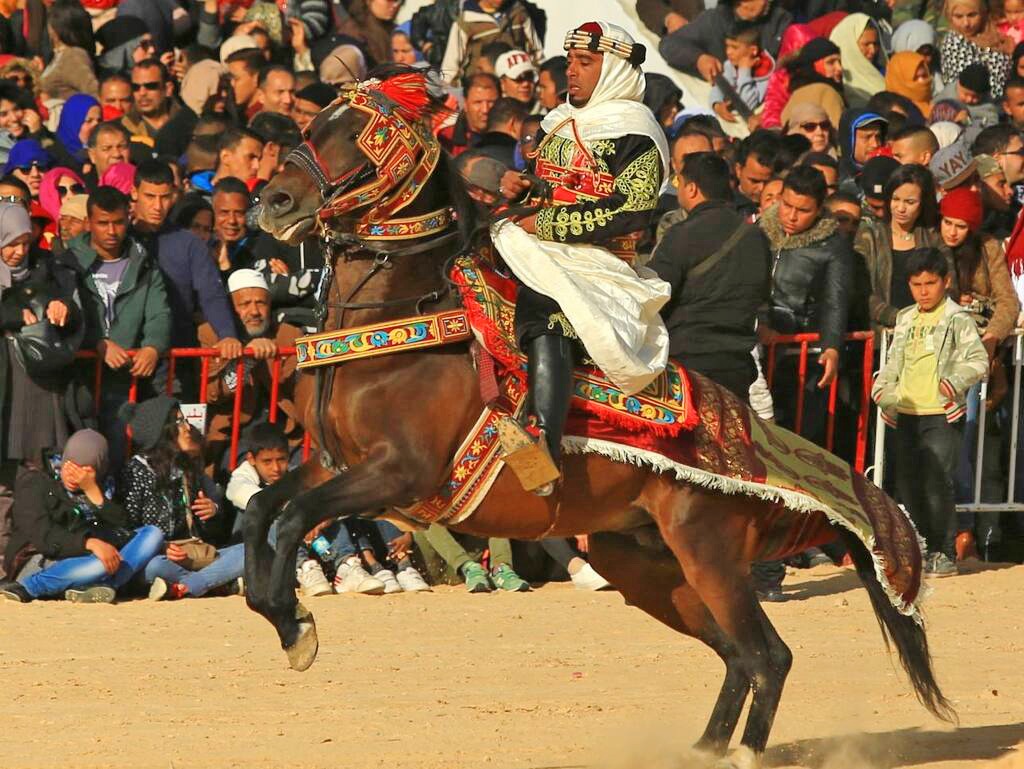 The festival is held in November, but the dates change each year, so if you want to catch it, be sure to check exactly when it’s happening before booking your trip!
If the stars align and you find yourself in or near Tunisia in November, you MUST work this festival into your plans. No, scratch that – you’d better make your plans work around the festival! Seriously, if you want to experience authentic local culture and learn to party like the desert people, the International Festival of the Sahara is an opportunity like no other.

Have you experienced this festival yourself? Tell us what it was like in the comments, we love hearing about our globetrotters’ adventures!