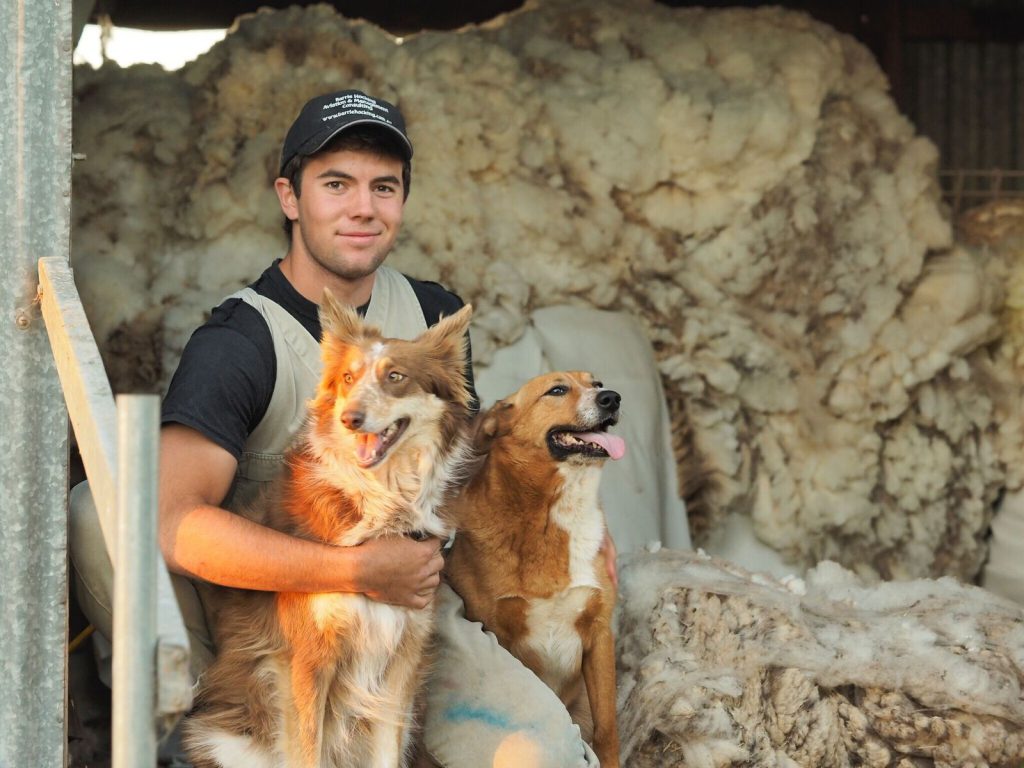 Jamie Hocking is a 21yr old Australian sheep farmer from the Barossa Valley in South Australia, yet there is more to this farmer than meets the eye. Jamie is a competitive vaulter who this year, managed to achieve what no other Australian has done before.

In November he flew to Paris where he represented Australia in the FEI World Cup Vaulting and PLACED THIRD (!!!) against the world’s best! Jamie accomplished this with his up-and-coming horse ‘French Kiss’ and the results exceeded his expectations and what he thought he would achieve.

“To be honest, I didn’t really know what to expect before coming to the World Cup.  My goal was simple; I had no thoughts of a podium place. I just wanted to go into the competition and try my best. I had no expectations of placing anywhere in the top three and was just grateful to have been invited,” Jamie told Equestrian Australia.

One of his talented friends from Switzerland encouraged him to have a crack at it and it’s lucky Jamie listened because the results speak for themselves! Frenchman, Clement Taillez, won the FEI World Cup in the Salon du Cheval de Paris class that Jamie competed in with 2nd place going to Hungarian vaulter Balaz Bence.

Jamie gave credit to his horse, his coach and Lasse Kristensen (who helped with the lunge) for their success at this level

“The crowds were huge, noisy and enthusiastic and French Kiss and I were both nervous on the first day.  But Lasse was calm and reassuring and kept the plan rolling along despite small upsets.  As soon as I jumped up onto French Kiss in the ring we both remembered the routine, and apart from the fall in the first round, I was proud that I vaulted softly and helped French Kiss to do her job too.”

“The following day we went out knowing more about what to expect. I performed all the high-risk moves I couldn’t try during the first round and it turned into a performance I was proud to present. I had to pinch myself when I found out we were going to win bronze and some prize money.” 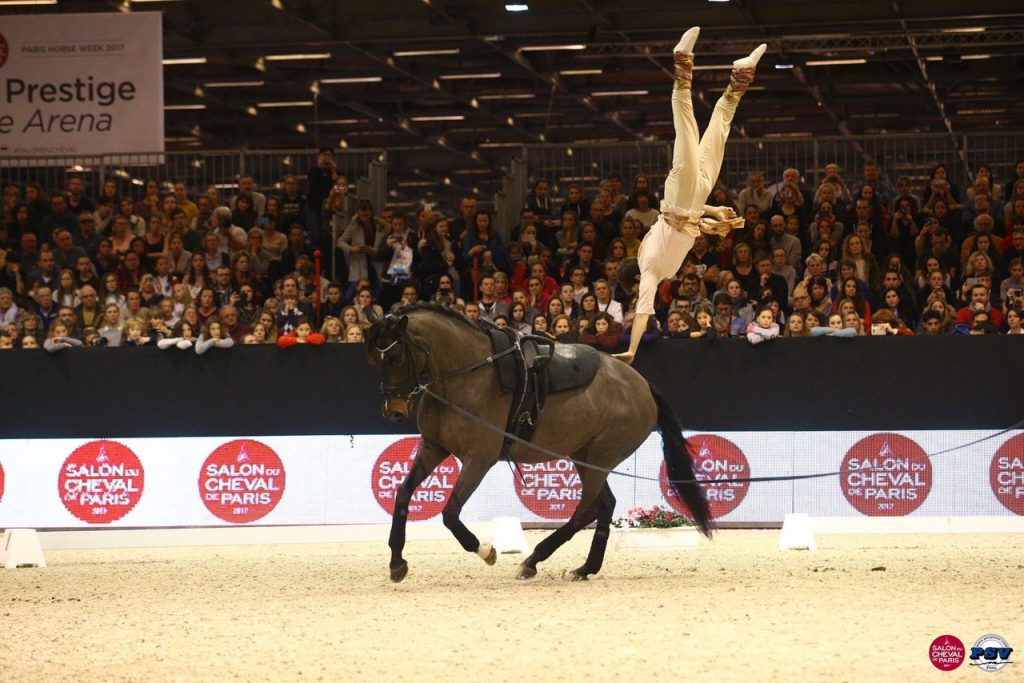 Funding this kind of trip and competition is expensive and to do so Jamie farms his own sheep and works in a local piggery in his local town Woolsheds, SA. He has sold several thousands of dollars worth of his crossbred sheep and wool to help him to get back to Europe and to compete at the FEI World Cup events.

“I was also really fortunate to obtain a working student visa for most of this year to pay for my training and accommodation plus a little more.  Hopefully, I can keep it up because I really love competing, my nice horse and working with Lasse.”

Next up for Jamie and his gorgeous horse French Kiss will be the next World Cup Series event in Offenburg at the beginning of February 2018. Wouldn’t it be nice to go and support this Aussie as he competes against some of the world’s best? Good luck Jamie!