Jean-François Pignon is a famous horseman, often called a horse whisperer, whose liberty training and performances have made him a household name among European equestrians.

We wanted to share the above video with you all, globetrotters, because it reminded us exactly why we love these animals so very much – and why there really is no greater way to see the world than on horseback.

A bit of background for you: Jean-François Pignon’s journey with horses began at age 11, when his father bought a yearling filly called Gazelle to save her from slaughter. Gazelle was given to Jean-François for Christmas and they formed a strong bond almost instantly. ‘She was just an ordinary horse, but that moment changed my life’, he explains in the film. ‘With her I was in a totally silent world of senses that we don’t use as humans […] a simple world without deception, where you are accepted for who you are.’ A year later, the two were travelling to school together, and Gazelle proved to be a longstanding, ever-patient friend.

One of Jean-François’s brothers, Frederic, was also passionate about horses and as they grew older, they started performing together with their horses. Both are now accomplished horsemen in their own right. In 1991, Jean-François created a show called ‘Cheval Passion’ in which he and his horses performed without any tack for the first time. It was an enormous success and formed a launching pad for his career as a performer, horse whisperer and clinician. His shows revolve around the horses’ relationships, needs, desires and talents. ‘I often improvise. Normally I prepare the choreography, but in the show I adapt,’ he says. He uses movement to communicate with his horses, preferring to use their own language rather than teach them a new one. The results speak for themselves as his horses playfully yet attentively follow his every cue. ‘To me, it really highlights how important body language is with horses, how very subtle movements can be read by the horse.’ 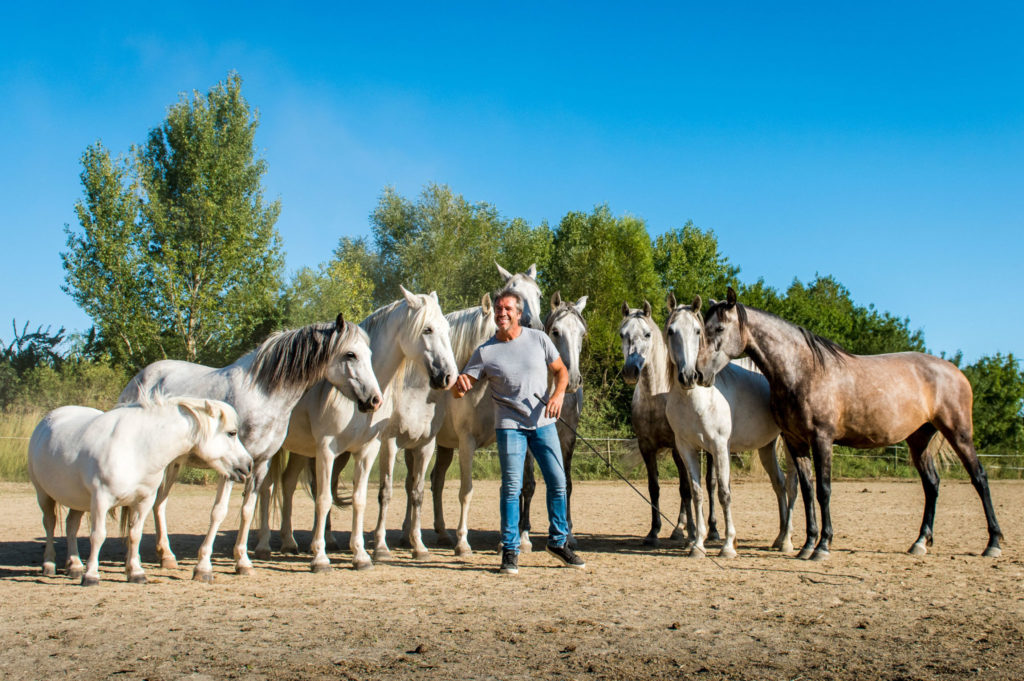 For Jean-François, ‘the way of the horse’ is the way to train. Their language, their social structure and their needs are prioritised above his own. Having spent time with wild Criollo horses in Patagonia, he says, ‘I do think it would be wonderful if all future trainers spent a little time just contemplating a few horses out at pasture. There is so much to learn by observing their behaviour. Observation doesn’t cost anything, and it’s surely one of the best basics for horseman.’

Who are your favourite horse trainers, globetrotters? Let us know in the comments.