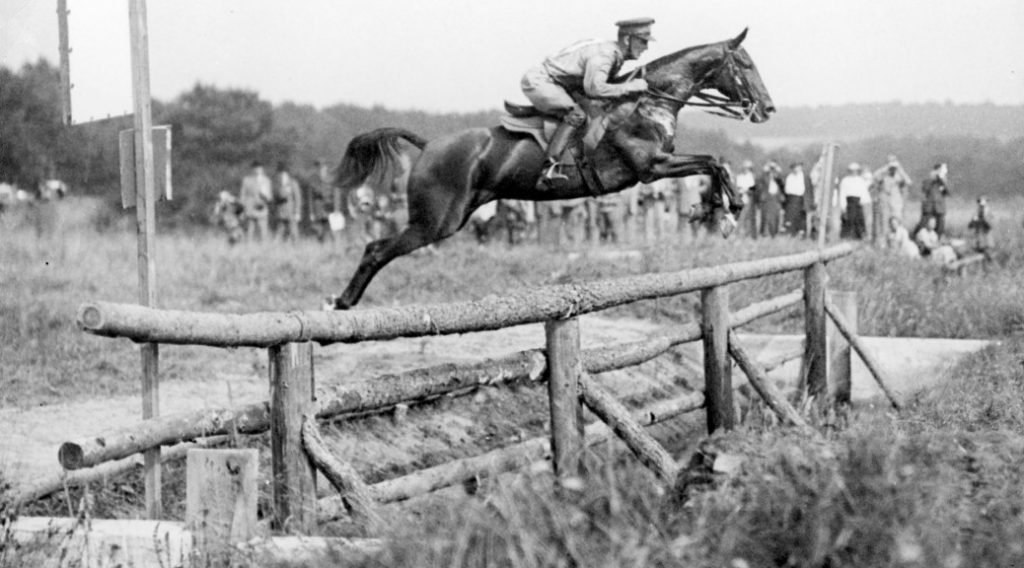 She was small in size and had a less than ideal conformation, but Jenny Camp was a mare who came out on top and made the history books at a time when the world was in turmoil. Born in 1926 at the US Army Remount Station in Front Royal, Virginia, she was of Thoroughbred–Standardbred breeding, sired by Gordon Russell, one of the most valuable breeding stallions the US Army ever owned. There were high hopes for her from the beginning, but much to the dismay of her handlers, fully grown she barely reached a height of 15.3 hands, sported poor confirmation and had short, choppy gaits. As a result, she was actually first tried out as a polo pony, but when her amazing jumping ability, boldness and athleticism were discovered, she was quickly moved into the world of eventing.

When Jenny arrived at the Advanced Equitation School at Fort Riley, she was paired with Captain Earl F. Thompson (who would later go on to earn the Silver Star in WWII). Together, they won the individual silver medal at the 1932 Olympic Games in Los Angeles, as well as the team gold. But it wasn’t until the next Games that Jenny Camp finally made her mark.

When the time came for Berlin to host the Olympic Games in 1936, uncertainty and unease trickled throughout the world. Hitler and the Nazi party were in power and there was great tension in the United States, as there was in many countries around the world, as to whether or not they would accept Germany’s invitation to compete at the Olympics. In the end, the games were riddled with controversy with talks of cheating on the part of the German hosts, yet a little part Thoroughbred part Standardbred mare rose above it all and made history for her courageous performance.

The dressage phase of the eventing competition went off without a hitch, but when it came time for the cross-country phase, this is when things got interesting. Jump four, a traditional and seemingly straightforward water combination would prove to be the downfall for many competitors and the source of great controversy. You see, there was an optional route at this jump – riders could either take the most direct route, saving themselves time, or they could opt for the longer, slightly easier option and try to make up time elsewhere around the course. Obviously, most riders chose to take the direct path, yet something was wrong with the footing underneath the water – horse after horse after horse sunk into the footing or got stuck in the muddy ground. By the end of the day, only 15 of the 48 horses would successfully manage to navigate their way around the course. Now here is the fact of great contention – all of the German team members chose to take the longer route from the first to the second jump in the combination, meaning they all made it around the course and could compete for the team medals the following day, avoiding the disaster that befell many of the other riders.

But enough about this, we’re here to discover Jenny Camp’s story. Fortunately for Jenny and her US team rider Thompson, they had a later start time and were one of the last few to head out on the cross country course. This proved to be more of an advantage than they realised at the time, with word trickling through about the fate of many riders at jump four reaching them in time. Because of this, Thompson chose to take the longer, safer path and he and Jenny Camp illuminated the course (probably much to the dismay of the German officials). 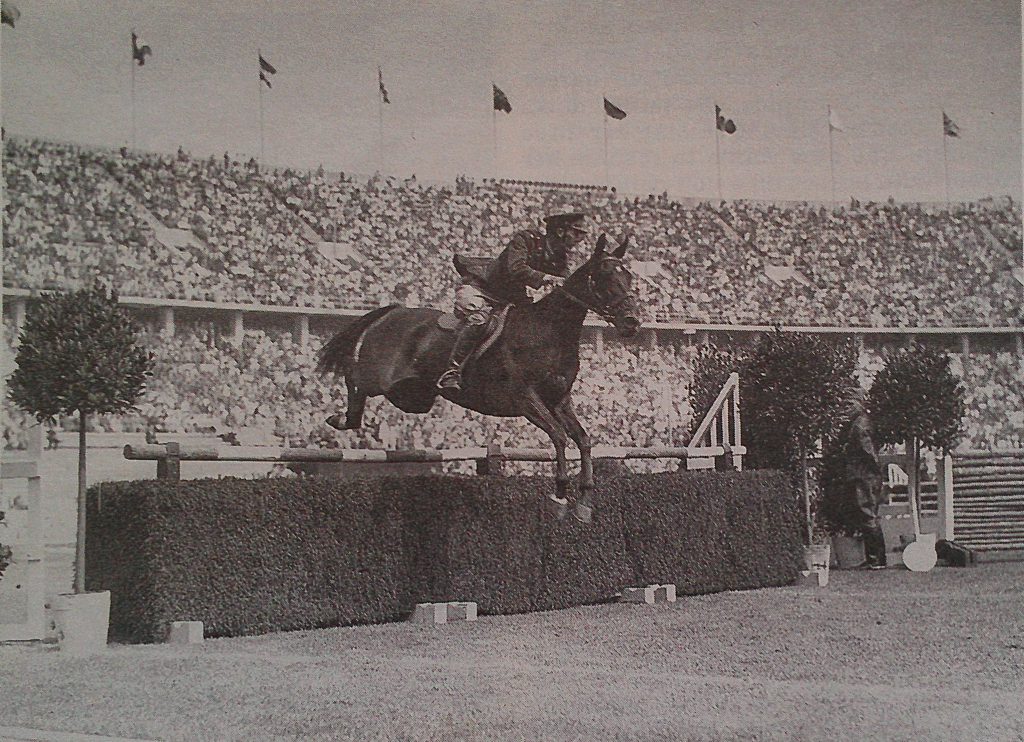 Though their chance for a team medal had vanished for the US (they did not have enough team members complete the cross country course to front up for show jumping the next day), Thompson decided he would tackle the show jumping course in an attempt to win an individual medal. Performing two stunning rounds, Jenny Camp jump clear and took home a second individual silver medal. Despite the incredible barriers in her way, Jenny Camp was able to achieve a feat few horses have ever done – win back-to-back three-day eventing medals at the Olympic Games.

Jenny Camp’s story and her accomplishment make her one of America’s most famous horses and one of the world’s most celebrated three-day eventers. Only three horses have managed to win consecutive medals in the three-day event in the Olympic Games history – Lt. Charles F. Pahud de Montanges aboard Marcroix won gold in 1928 and 1932, and Sir Mark Todd (a New Zealander) won in 1984 and 1988 aboard Charisma.

Unfortunately, due to the Games being cancelled in 1940 and 1944 with the outbreak of World War II, Jenny Camp never had a chance to continue her streak. She was retired after her spectacular Olympic performance in Berlin and lived out the remainder of her life as a wonderful broodmare.

Does anyone have a horse distantly related to Jenny Camp globetrotters?

Reference: The Chronicle of the Horse & Equitrekking