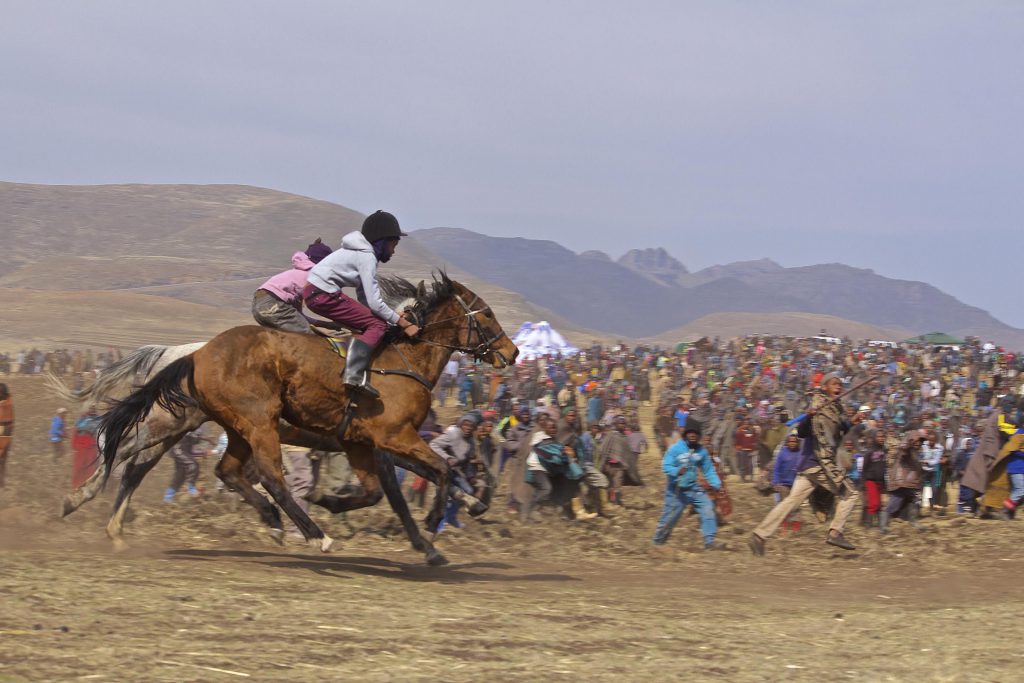 In the mountain kingdom of Lesotho, a landlocked country in southern Africa completely surrounded by South Africa, horse racing is a major social occasion. Once a month races are hosted here during the winter period, with the two most prestigious days marking King Letsi III’s birthday in July and Independence Day in October. And as it is with most competitive sports, gambling plays a major role in the event.

Before each race, the horses are paraded in front of the crowd who assess their breeding, formation and fitness, and then the gambling begins. Rather than selecting the overall race winner, most of the bets placed are head-to-head wagers over which of two selected horses will be faster.

The horses are either thoroughbreds from the neighbouring country of South Africa, cross-breeds or local ‘Basotho’ ponies who are often better suited to the terrain and climate, and are still used for everyday transport in the country.

Mohale Mpapa, a leading racehorse owner and local farmer says of the racing in Lesotho, “It’s an entertainment but it’s also our culture.” 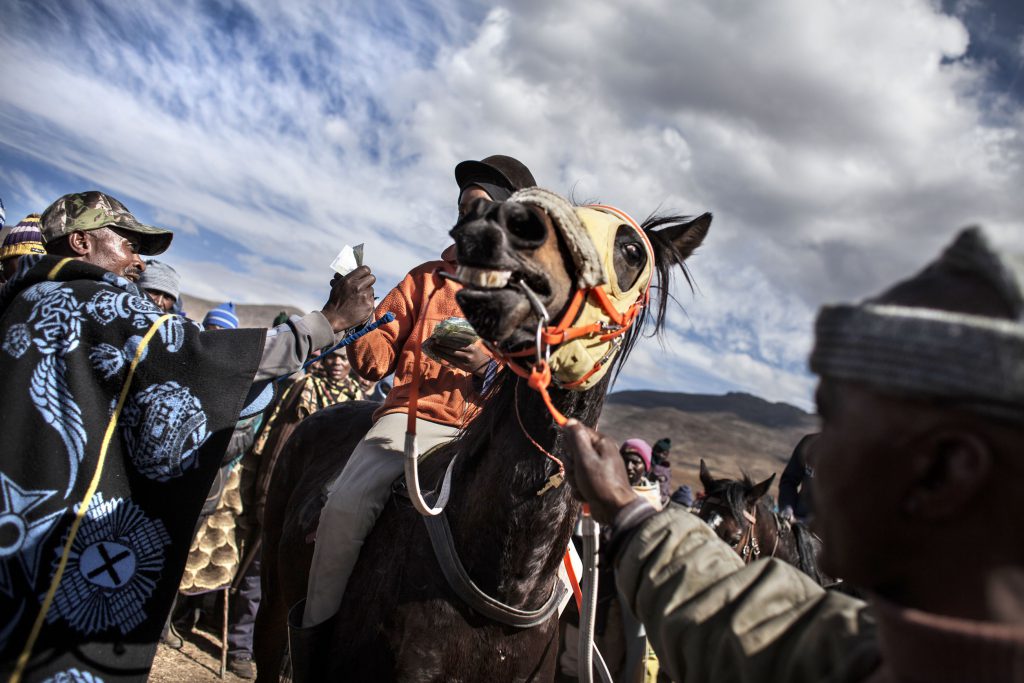 Without the racing gates you see in the Western world, the horses line up chaotically and, with the wave of a small white flag by an official steward standing precariously close to the racetrack of rough grasslands, they set off at a furious pace. It’s no doubt a surreal scene: beautiful blue mountains, a rough dirt track, prime horse flesh and jockeys in gumboots. No, it’s not Royal Ascot or the Melbourne Cup, but it’s a unique cultural celebration.

The races are growing as a cultural event, and have received government sponsorship to boost visitor numbers to a country that has a unique heritage independent from the surrounding South Africa. There is more than $1000 in prize money up for grabs – the owners of the first four horses in each race win between $20 and $70, and while that might not sound like much money at all to our Western ears, it means a great deal to the people of Africa.

For the spectators, many of them wearing traditional blankets, horse racing in Lesotho combines their passion for animals with a chance to test their luck and judgement in placing a bet. But perhaps more importantly, it brings people from all walks of life together, not just for entertainment, but for the cultural experience.

Images via The Lesotho Times and African Independent