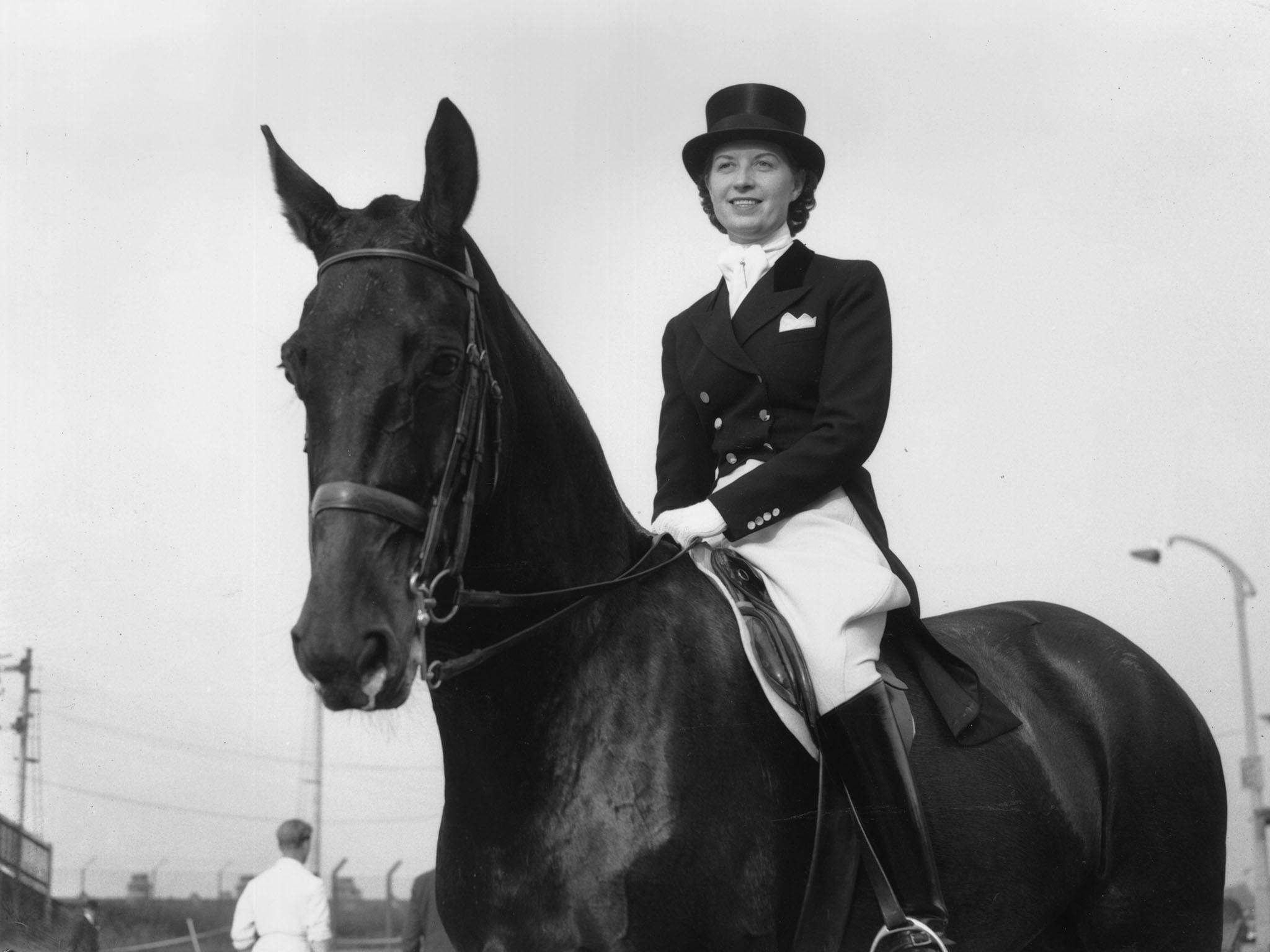 In 1952, women won the right to compete in dressage at the Olympics and four female riders tried their luck. As if to prove the natural absence of gender bias in dressage, the silver medal went to Lis Hartel, a Danish woman riding her family’s Thoroughbred x Oldenburg mare, Jubilee. But Lis’s gender was hardly the most remarkable factor in her success.

Eight years earlier in 1944, Lis was pregnant with her daughter when she contracted polio. At just 23 years of age, in a matter of days she went from a champion dressage rider to a paralytic victim of the polio epidemic. Despite being told she would never ride again, Lis started her rehabilitation as soon as she could, determined not only to regain control of her limbs but to reclaim her status as a top equestrian. Although Lis never regained the use of her lower legs and remained weak in her thighs, arms and hands for the rest of her life, she sat on a horse within twelve months and gave birth to her second daughter in 1945.

Lis had to be lifted on and off her horse and suffered several bad falls while learning to balance in the saddle without the aid of her legs. The family horse, Jubilee, was selected for Lis’s return to competitive dressage. Jubilee was a perfect therapy horse: bombproof, forgiving, calm, confident and dependable. Lis and Jubilee created a new series of aids involving subtle weight changes, back movements and the lightest of hand aids. In their first season, the pair consistently won or placed and soon enough they were dominating their level. Some who weren’t close to the Hartels didn’t even realise she had a disability and the lightness and elegance of Lis’s riding style earned her great praise. 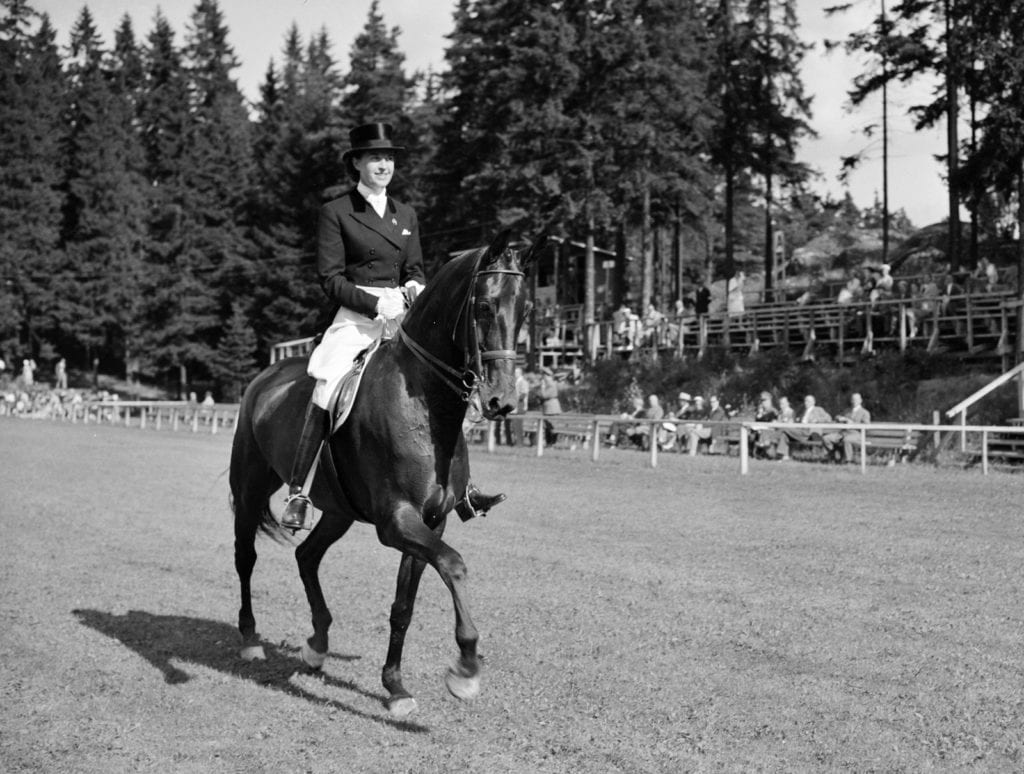 Although Jubilee’s piaffe left a lot to be desired, the encouragement of friends and experts convinced Lis to campaign for the 1952 Olympic Games in Helsinki. This was the first year that women and civilians had been allowed to compete in the dressage competitions. After winning the Danish Championships the same year, Lis had no trouble qualifying! When the moment came, Lis was so nervous that she had to be persuaded not to go home; but Jubilee performed impeccably. The pair scored 541.5 points, just 15 points behind the winner, Swedish rider Henri St. Cyr. In an poignant moment, St. Cyr himself lifted Lis out of the saddle and onto the podium, finally revealing her disability to a gobsmacked crowd.

Lis and Jubilee returned to Denmark as national heroes. The world took note, as well: at the Horse of the Year show in London that year, the pair were welcomed as equestrian superstars. But that’s not the end of the story: after tucking several more Danish Championships and the first ever FEI Dressage World Championship under her belt, Lis was back at the Olympics in 1956. Although the Games were held in Melbourne, quarantine regulations prevented horses from attending and the equestrian events were instead held in Stockholm. Again, she lost to St. Cyr; but the rivalry remained good-natured and Lis and Henri (and female bronze medallist Liselott Linsenhoff, actually!) received equal and glowing praise in the media.

Jubilee’s Olympic performance was her last: the mare was given a well-earned retirement. Tragically, this was short-lived, as she had to be put down the following year. This was a terrible blow to Lis, who had found in Jubilee the perfect therapy horse before the concept even existed. 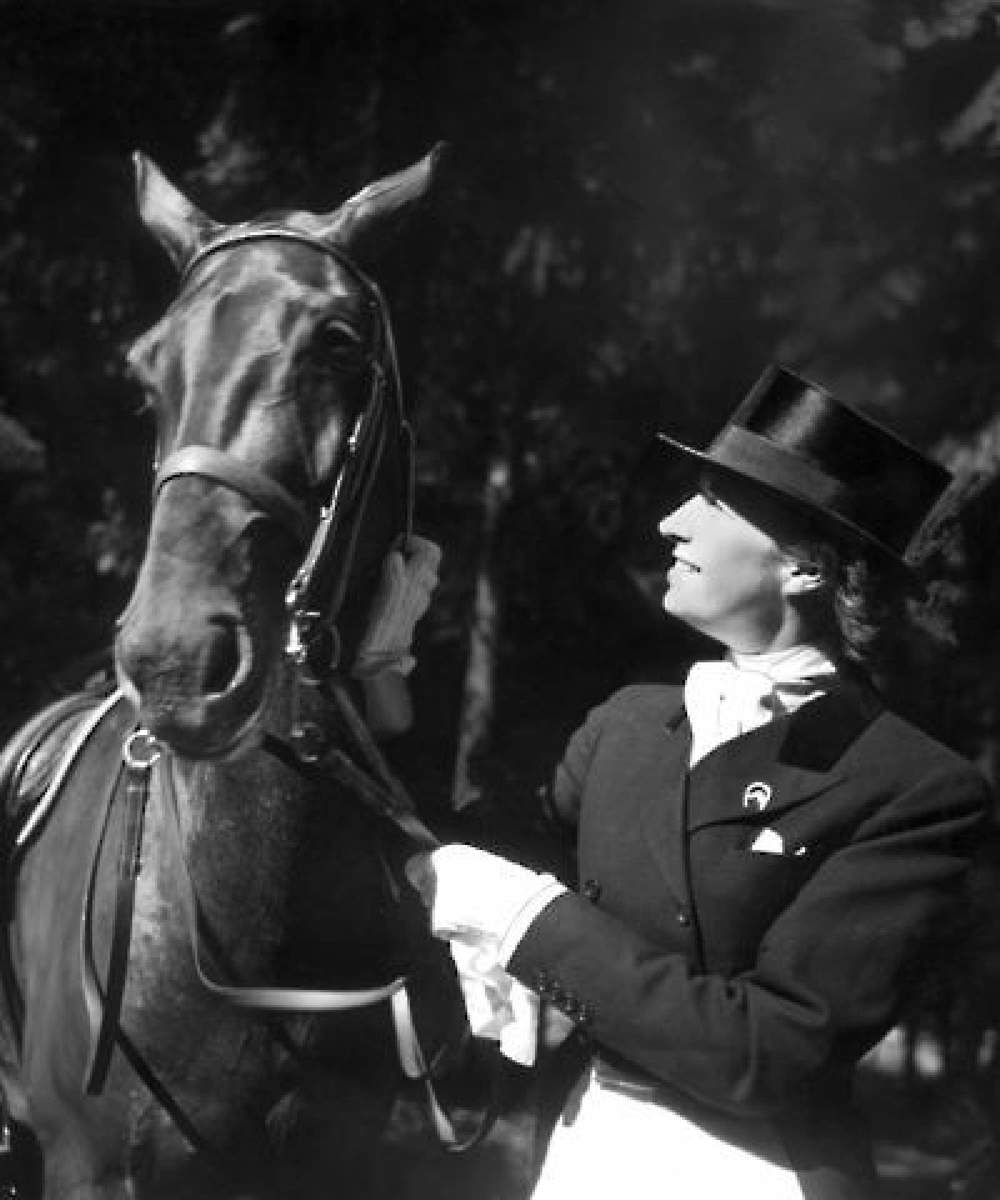 During Lis’s career, she had been a strong advocate for polio victims, and after retiring, she took this even further. She raised money and campaigned internationally for the Polio Foundation and therapeutic riding, playing a key role in the acceptance of riding as a mainstream form of rehabilitation. Of all her achievements – seven Danish national championships, two Olympic silver medals, induction into numerous sporting halls of fame, to name a few –  Lis said her greatest achievement was opening Europe’s first Therapeutic Riding Centre.

Lis died at age 87 in 2009, but her legacy can still be seen in the continuing development of para-equestrian sports and equine therapy. As a pioneer paralympian, top-level female dressage rider and a polio sufferer who refused to become a victim, she continues to inspire many. The Lis Hartel Foundation in the Netherlands still supports the causes Lis was most passionate about in her honour.