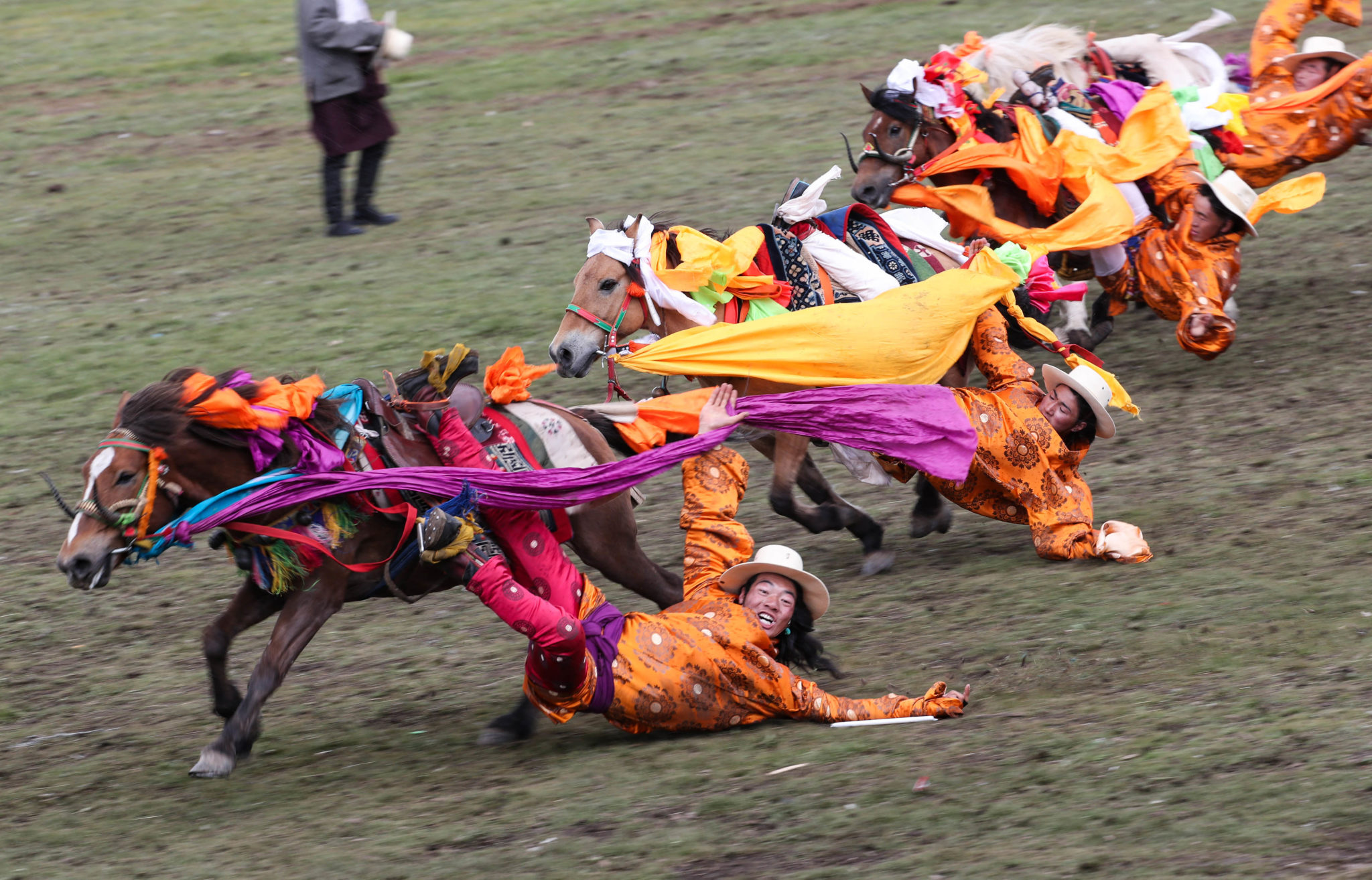 For the Tibetan people, horses are a significant part of their daily lives and culture. Multiple breeds (including the Tibetan pony and the Riwoche) have been developed to suit the various needs of the people, including food, riding, racing and load-bearing. For the Khampas, a nomadic group of Tibetans who still live more or less the same way they have for millennia, the horse is central to their way of life. So it’s no surprise that when the time comes to celebrate, horses take centre stage!

Every summer, the town of Litang in the Sichuan provice of China (previously part of Tibet) hosts the Litang Horse Racing Festival. It’s far from the only Tibetan horse facing festival, as you can well imagine, but it is definitely one of the most spectacular and least touristy. It’s been described as ‘a Tibetan version of Woodstock with horses’! Over three days, the alpine town morphs into a giant carnival ground, with horse races, mounted games, stunt riding, yak races (yep!), singing, dancing, trading, fashion parades, rites and ceremonies, and whatever else the nomads deem fit! 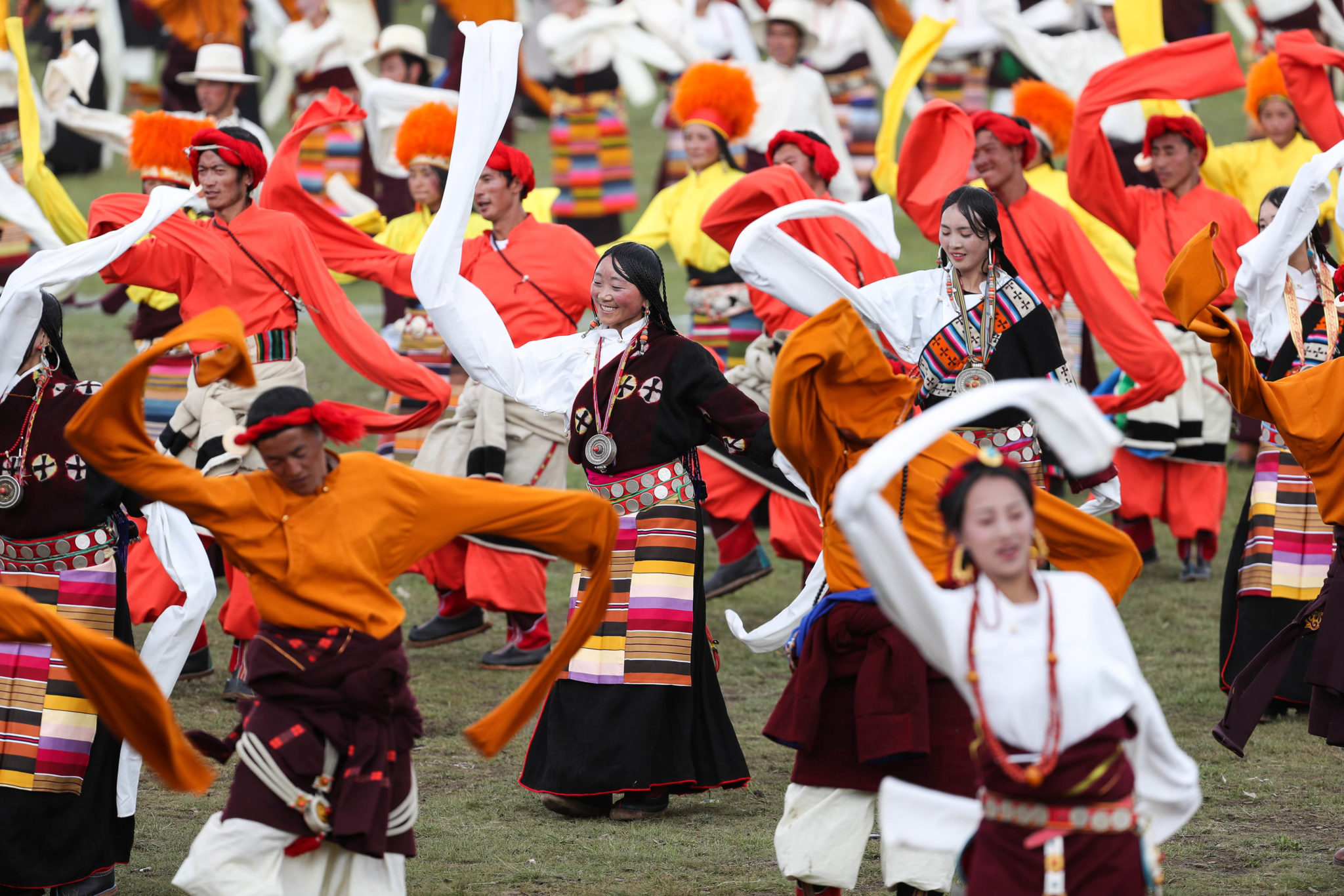 The festival was originally run by the monastery in Litang, which was built in 1580 to honour the third Dalai Lama. Sadly, the original monastery was destroyed by China’s Red Guards, so most of the monastery’s buildings were constructed very recently. That’s not the only juicy bit of history in Litang, though – being so remote (it’s one of the highest towns in the world!), the people here did not take kindly to the Chinese army. After a spontaneous anti-government demonstration at the 2007 festival, the entire thing was banned! It wasn’t until 10 years later that the ban was lifted and the festival came back bigger than ever. Since then, it has been drawing both enthusiastic locals and intrepid tourists to witness the fascinating blend of ancient and modern customs in one of the most isolated regions of China.

As one of the biggest events on the calendar, Litang Horse Racing Festival sees the locals dress in their most colourful, spectacular garb, from the ladies’ hairpieces to the mens’ chubas (long robes) – and the horses are no exception. Their honoured position is emphasised by the elaborate bridles, saddle blankets, ribbons, ropes and bells that they are bedecked with.

The Khampas compete to win honour and respect, performing death-defying feats of strength, agility and finesse that largely originate from the skills of the warrior. Such feats include – but are by no means limited to – shooting a target while hanging sideways off a galloping horse, collecting ribbons off the ground at a gallop, firing a gun at a gallop, tug-of-war (not on horseback!) and weightlifting. The horse races vary in length from a few hundred metres to several kilometres and the winners enjoy great prestige. 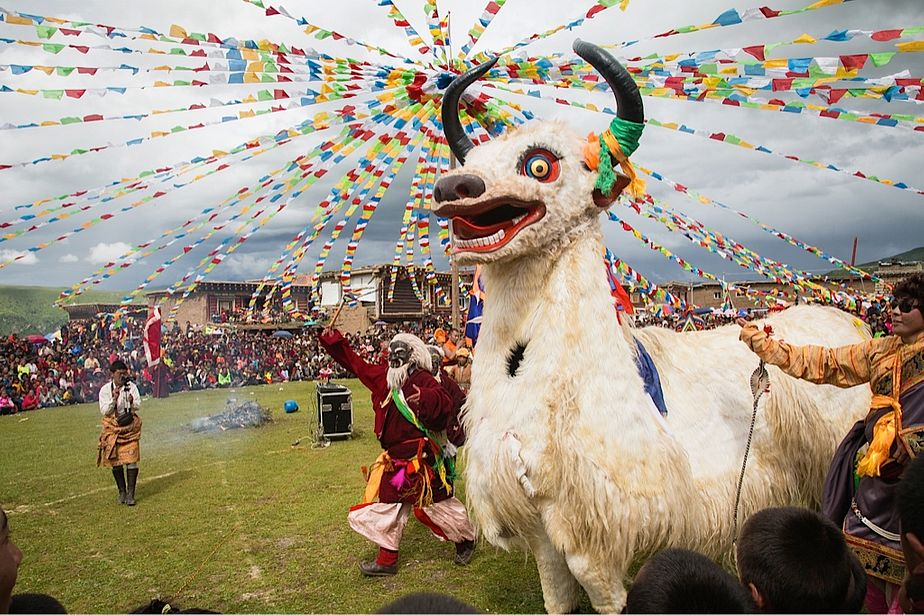 This festival is DEFINITELY on our globetrotting bucket list.
Have you ever made it there? What was it like?? Tell us in the comments!