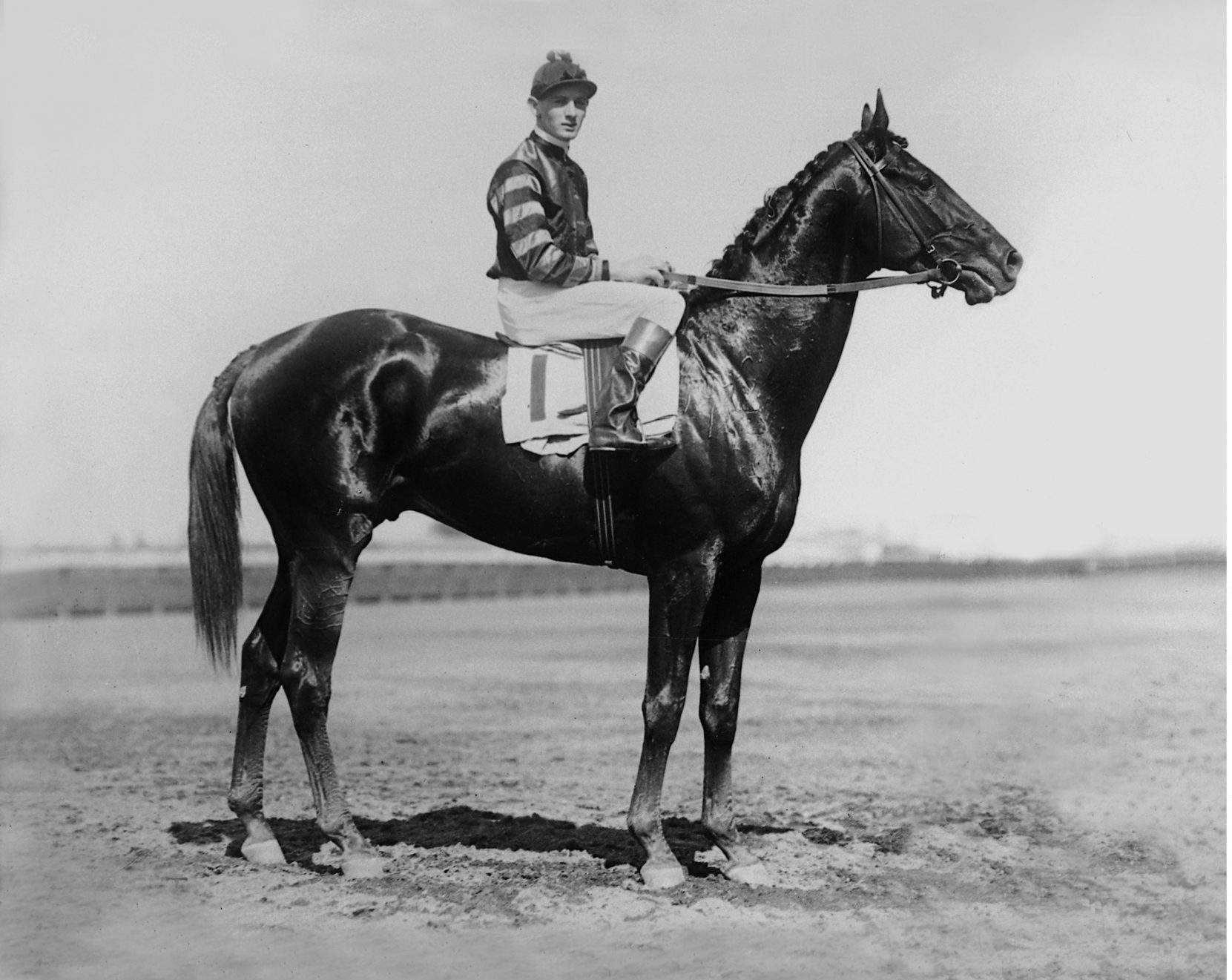 Man o’ War is widely considered one of the best racehorses in history. He won 20 races out of 21 starts, his winnings equating to $3,047,000 USD in today’s economy. He set three world records, two American records and three track records in his two-year racing career. His stride, measured at 28 feet, is believed to be the longest ever.

Born in Kentucky in 1917, he was bred by August Belmont Jr, whose father had had the Belmont Stakes and Belmont Park named in his honour. Man o’ War was bought as a yearling by Samuel D. Riddle, who entrusted him to trainer Louis Feustel. Despite his fiery nature causing difficulties with his training, ‘Big Red’, as he was known, had good friends from the start. His first groom, Frank Loftus, taught the horse to carry his hat and to fetch. Man o’ War also became very close to Major Treat, a retired show horse who Louis Feustel kept as a stablemate for the colt.

Man o’ War’s most well-known friendship, however, was with Will Harbut (pictured below), his groom from 1930 to 1946. By this stage, Big Red was an established sire and Kentucky celebrity, and the pair were often photographed together. Harbut said of Man o’ War, ‘He’s got everythin’ a horse ought to have and he’s got it where a horse ought to have it. He’s the mostest horse.’ 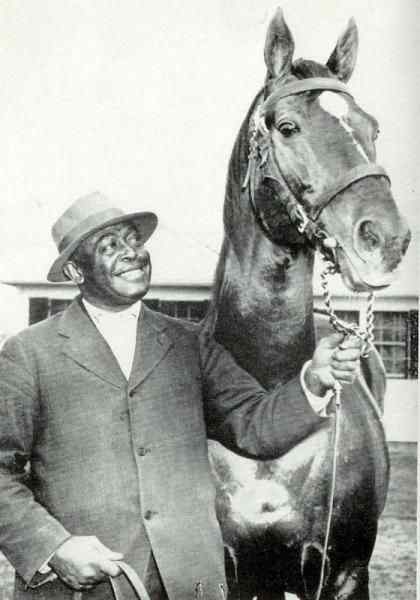 Big Red started his career as a two-year-old, the favourite in a five-furlong maiden race, which he won by six lengths. He won his next three races within the month, at which point people really began to take notice. He was already carrying 130 pounds as a handicap. The only race he lost – allegedly due to the starting rope being lowered while he was turned away – was to the aptly named Upset, who beat Man o’ War by a neck. Man o’ War didn’t wait long to turn the tables, though, beating Upset by a length to win his very next race.

During his three-year-old season, Man o’ War was given increasingly heavy weights as his reputation grew and other trainers became reluctant to pit their horses against him. In some of his races, he had only one competitor! Although Man o’ War never ran in the Kentucky Derby, his final race was a match race against Sir Barton. The previous season, Sir Barton had won what is now known as the Triple Crown: the Kentucky Derby, the Preakness and the Belmont Stakes, so he was considered a fair rival for this wonder-colt. Nonetheless, Man o’ War left him for dust, winning by seven lengths.

After this victory, Samuel D. Riddle retired the stallion, fearing that he would start his four-year-old season carrying a dangerous 140 pounds. Better to retire him to stud and let his legacy continue through his offspring, he reasoned. Sound logic, as it turned out: Man o’ War’s influence as a sire is still seen in many of today’s champions.

Off the track, Man o’ War was kept busy siring the next generation of champions and signing autographs (or just about!) for the estimated one to one and a half million adoring fans who came to visit him at Faraway Farm in Lexington, Kentucky.

Man o’ War died on November 1, 1947 at the age of 30 of an apparent heart attack. His beloved groom, Will Harbut, had died just four weeks earlier, and some said Big Red died of a broken heart. He was the first horse to be embalmed and his casket was lined in his riding colors.  His funeral was broadcast internationally over the radio and over 2,000 people came to pay their final respects.