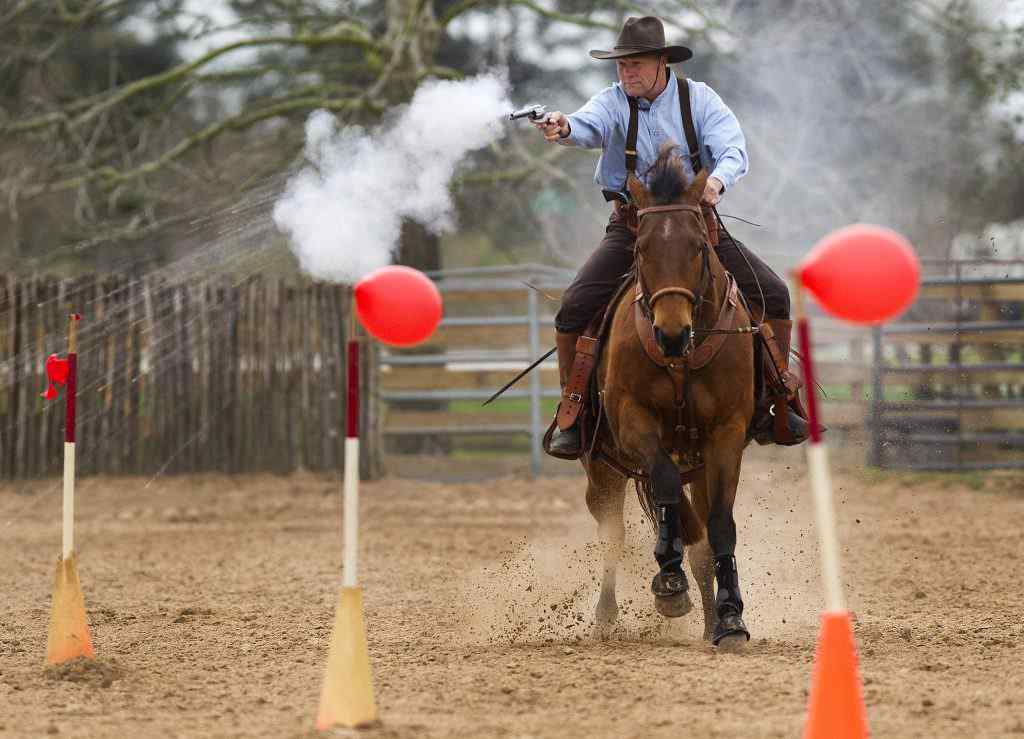 Mounted shooting is an equestrian event in America which is growing in popularity at an exponential rate. Combining the speed and agility of barrel racing, mounted shooting adds a bit of excitement by including guns, real guns! Single action .45 revolvers similar to those used in the late 1800s/early 1900s by the American cowboy to be precise. But don’t worry, the ammunition isn’t real. Each gun is loaded with gunpowder blanks, which offer enough force to pop a balloon from a few metres away and plenty of noise to require earplugs for spectators (unless you want some permanent damage). Oh and let’s not forget to mention, competitors are dressed in traditional American cowboy and cowgirl attire (yes, women take part too!).

The horsemanship and athleticism on display is remarkable. Shooting a gun at a full gallop is hard. Riding a tight, twisted patter one-handed isn’t easy. And then there’s the horses, who block out the noise and carry on dutifully. Each course consists of a total of ten elevated balloon targets and riders are scored on time and accuracy. Courses are designed to test the rider’s ability to control their horse at various speeds, while making lead and direction changes similar to those seen in barrel racing. But while speed is important, accuracy is crucial to the overall score. Every missed target incurs a 5 second penalty to be added to that particular run. And further time penalties apply for knocking over a barrel or for not running the course in the proper order. 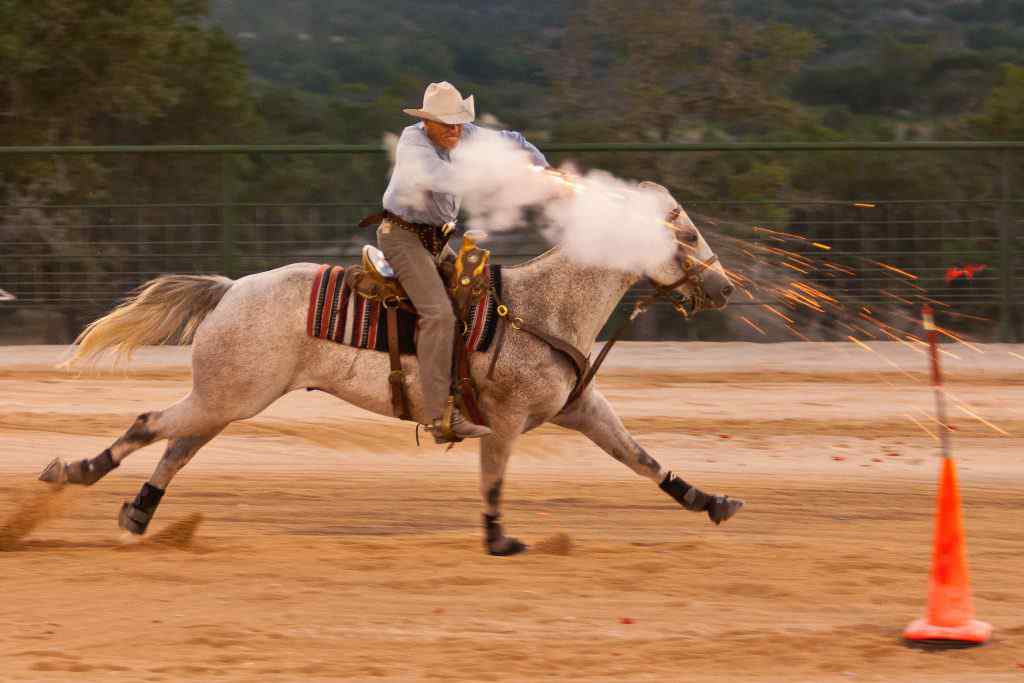 To compete at the top levels takes talent, time and most importantly, a strong partnership with a good horse. Most of the time the horses will be ear plugged to muffle the sound of the gunshot. Some training methods include starting them in a group of experienced horses as herd animals, so when they realise the other horses aren’t getting scared, they learn to relax. This all takes time, but the reward is a bombproof horse who doesn’t flinch and can carry their rider confidently around the course.

Does this sound like fun to you globetrotters? I think my aim would have to improve a whole lot before I gave it a shot (excuse the pun)! There are a few good videos floating around on YouTube as well, so be sure to check them out!