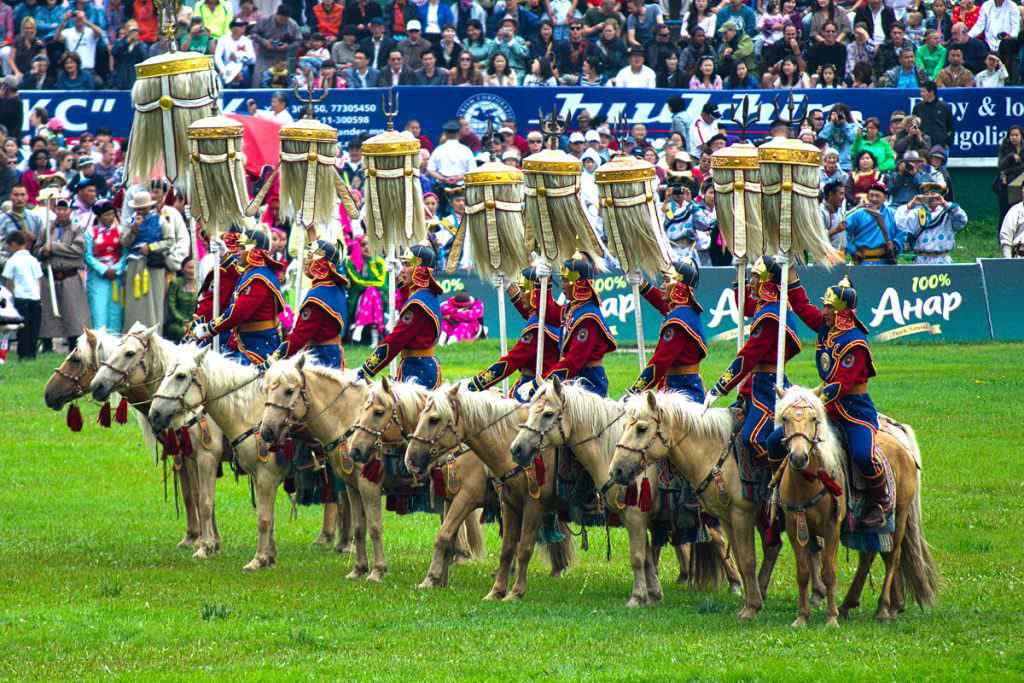 Mongolia’s annual famed competition of manly pursuits, Naadam, is one of the oldest, most colourful and not to mention dramatic sporting events in the world. Competitors race on horseback, compete with bow and arrow and wrestle – a trio of disciplines in which Genghis Khan’s army of nomads were expected to excel.

The national Naadam festival is held in the Mongolian capital, Ulaanbaatar during July. It begins with an elaborate introduction ceremony featuring dancers, athletes, horse riders and muscians. Once the ceremony is completed, the competitions begin, most of which involve horse riding.

Naadam is the most widely watched festival among Mongols, and is believed to have existed for centuries, at one point serving as a way to train soldiers for battle. Today if formally commemorates the 1921 Revolution when Mongolia declared itself independent from China.

Unlike Western horse racing, which consists of short sprints generally not much longer than 2km, Mongolian horse racing as featured in Naadam, is a cross-country event where competitors race for 15-30km (the length of race being determined by the age class). Children from 5 to 13 are chosen as jockeys and train in the months preceding the races.

Both men and women compete in the archery competition in teams of ten. Each archer is given four arrows and the team must hit a total of 33 ‘surs’ (targets). Traditionally the archers wear their national clothing. 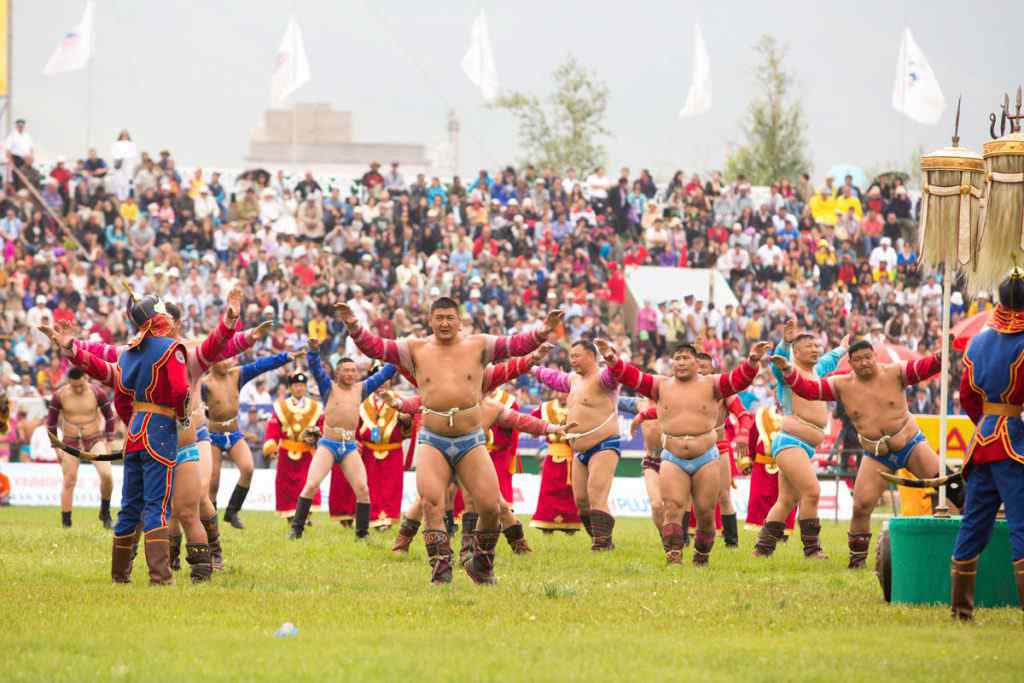 The wrestling competition is a single-elimination tournament that lasts nine or ten rounds. Mongolian traditional wrestling is an untimed competition in which wrestlers lose if they touch the ground with any part of their body other than their feet or hands. Only men are allowed to participate.

Naadam is big on colour, high on culture and the skill, accuracy and power of the athletes will leave you captivated.

If you are keen to experience Naadam in all its glory, Globetrotting has 19-day Mongolian adventures which incorporate this incredible festival. Check it out here.