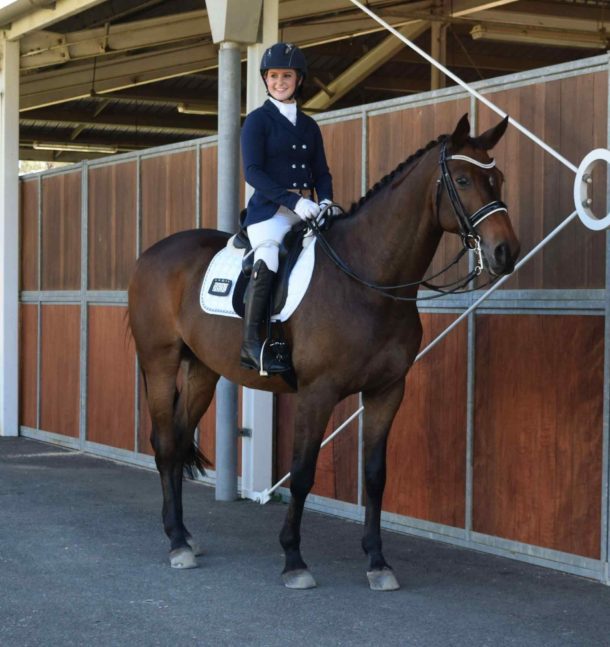 Emma Booth is a L2 Paraplegic who is in a wheelchair after being involved in a horrific car accident in 2013 that severely damaged her spinal cord. Determined not to let her injuries prevent her from following her dreams, Emma’s courage and determination saw her back in the saddle soon after the accident, and she […] 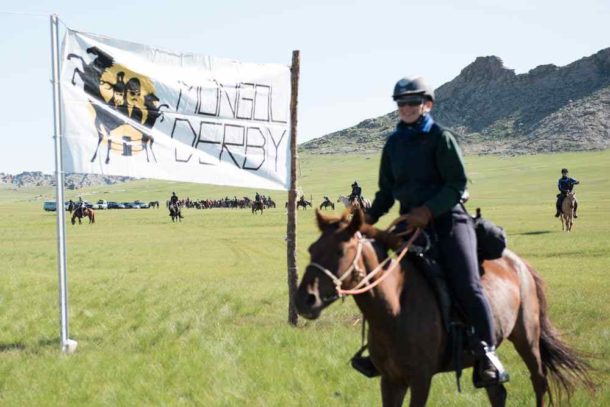 Dubbed the longest and toughest horse race in the world, the Mongol Derby covers 1000km of Mongolian wilderness. In 1224, Chinggis Khaan (more commonly referred to as Genghis Khan) established the world’s first long-distance postal transmission system using a massive network of horse stations spaced from Kharkhorin to the Caspian Sea. For 10 days every […] 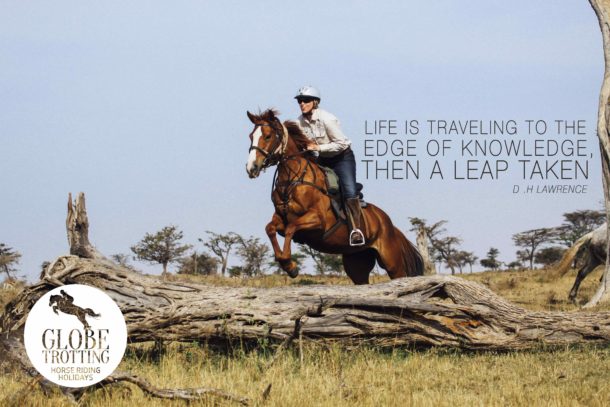 A uplifting quote for Monday morning. There are many leaps of faith taken while horse riding. Do you have any dreams about jumping while travelling? The elephants in Kenya help to create some fantastic jumping opportunities! This image was taken on our guided Maasai Mara ride in Kenya. 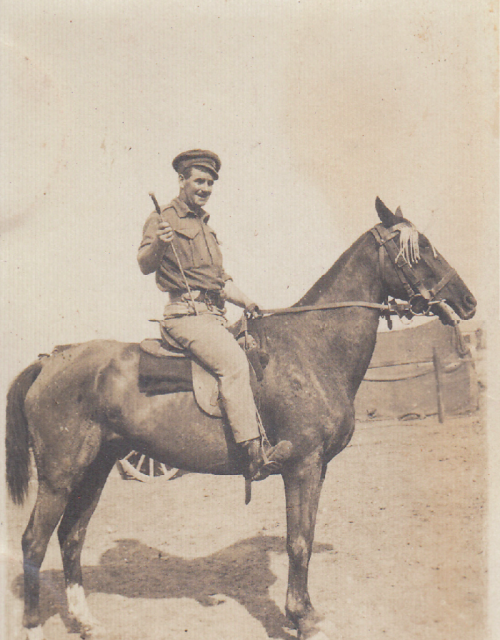 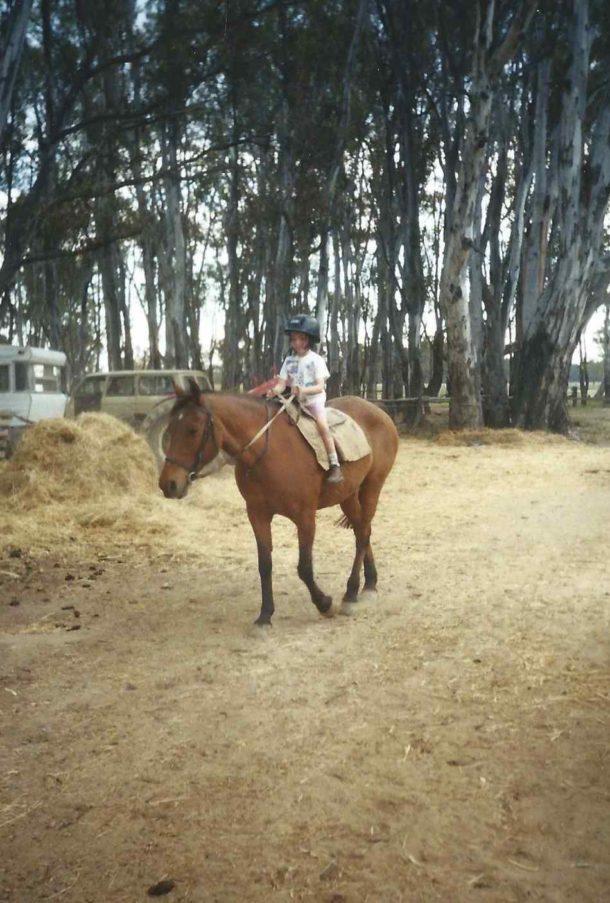 Caitlin Bourchier has always wanted to travel to Mongolia, but never even entertained the idea of seeing the country from horseback until she came across Globetrotting. Now she has booked her first trip – the Khovsgol ride in Mongolia – and heads off in June! Read about how she came to this decision below. What […] 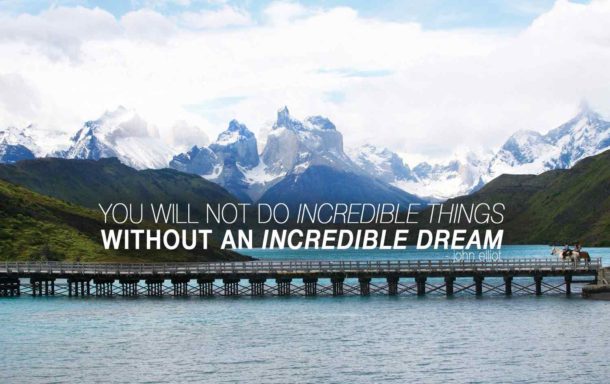 And one incredible thing that you need to do in your lifetime, globetrotters, is complete our estancia ride in Torres del Paine, Chile. One of the best horse riding holidays on offer. 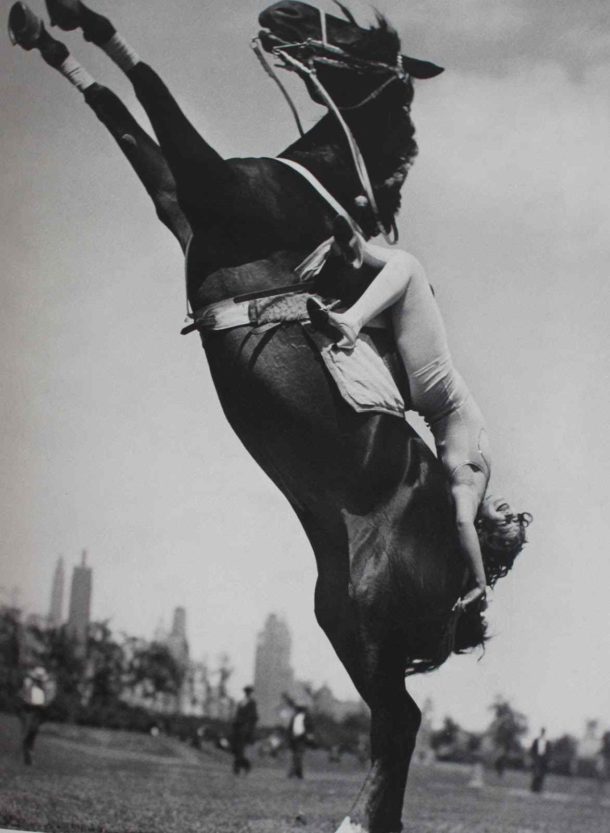 Born in 1910, Dorothy Herbert was a circus performer who started her career with Duffield’s performance horse troop in Arizona. With them she performed a ‘January Act’ in a clown suit – she was required to fall down and then the horse sat on top of her. Apparently she hated this, but from this humble […] 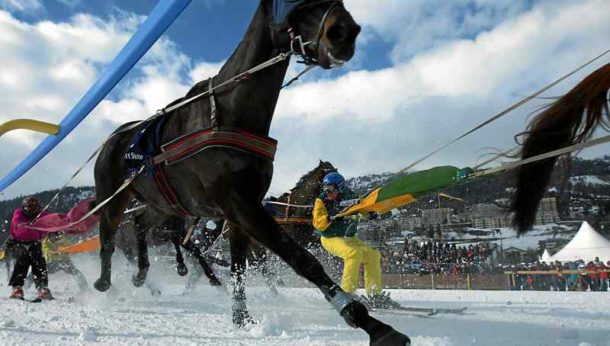 Skijoring is the extreme winter equestrian sport that combines the thrill of skiing with the enjoyment of equestrian. Originally devised as a mode of winter transportation, skijoring began in Scandinavia and is now a recreational sport around the world. How is it done? Similar to dog-sledding, with equine skijoring the human wears skis and holds […] 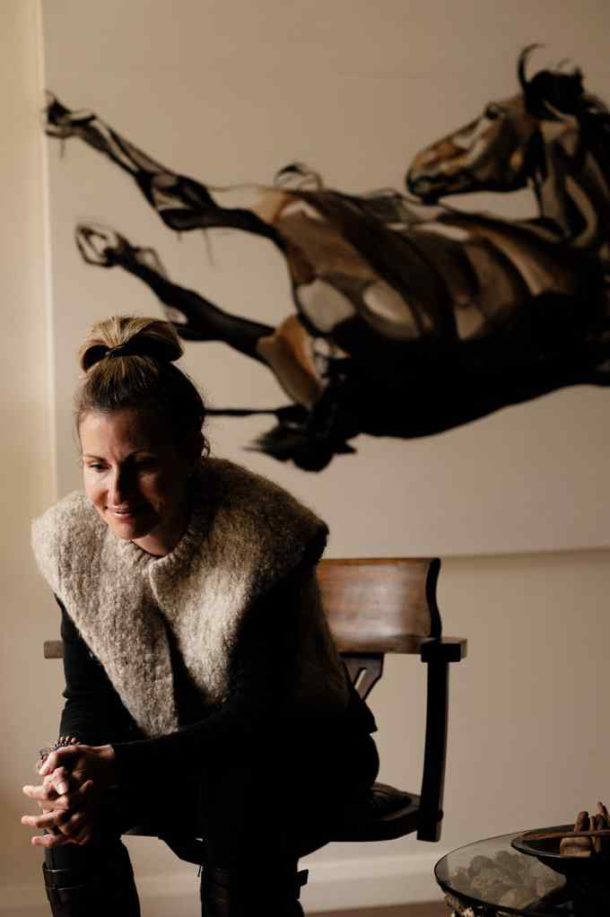 Despite spending her early years surrounded by horses, Roslyn Nolen never really embraced the experience of riding, her fear getting the better of her. It wasn’t until her nephew, Luke Nolen, was given the opportunity to ride Black Caviar that she rekindled her connection with horses and began to paint them. In her Equine series, […]

“The horse is an icon of Plains Indian culture – an indispensable companion in times of peace, and a fearless ally in times of war.” – taken from the book ‘A Song for the Horse Nation’ At the beginning of the 14th century, during the Spanish conquest of North America, horses were introduced into the […]

Name of breed: Gypsy Horse (also known as the Irish Cob) Origin: British Isles Breed origin: The Gypsy horse was bred by the Romani people of Great Britain to pull the wagons (or caravans as they are also known) they lived and travelled in. However the gypsy horse breed as it is today is thought […] 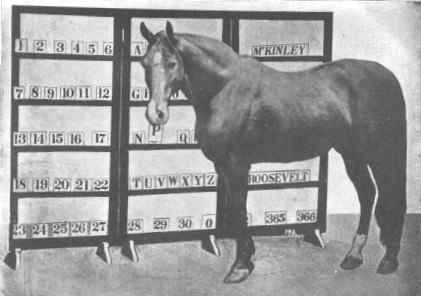 Photo courtesy of Caro Senour Beautiful Jim Key’s trainer, Dr William Key, was a former slave and self-trained veterinarian at the turn of the 20th century. Dr Key would ask his horse Jim to bring him a card with a certain letter on it. If he brought back the right one, Jim would be rewarded […] 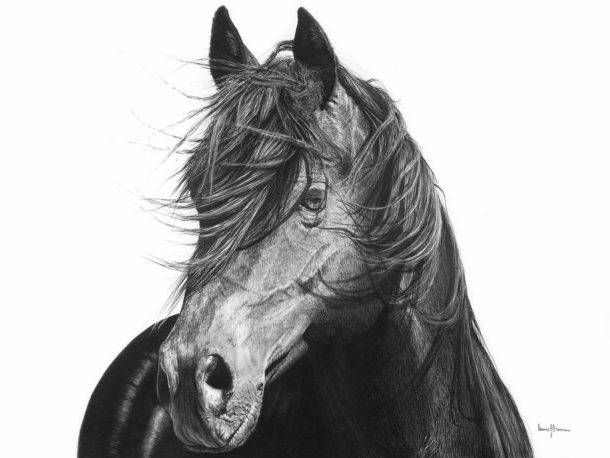 Meet Lew Brennan, an artist who lives and breathes life in rural Australia. His art reflects the landscape and the people that surround him each day. What is your earliest memory of horses? There was a new invention that captured everyone’s attention when I was a little kid…it was television. I can remember putting my […] 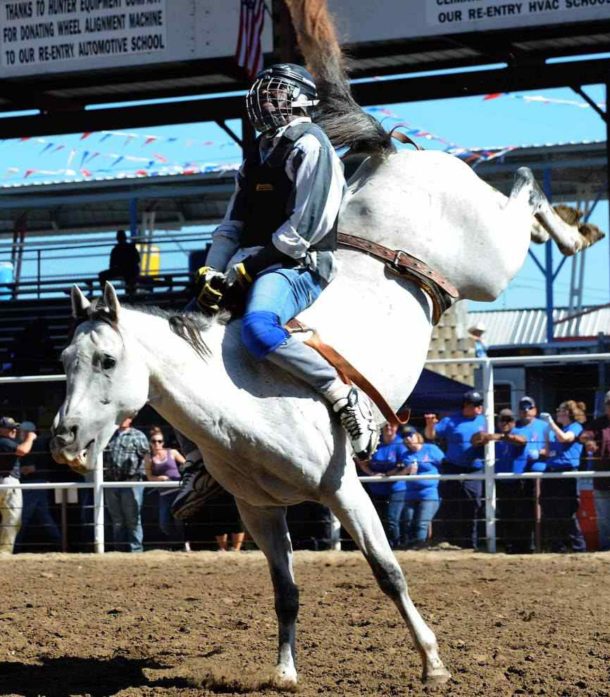 Staged at the Louisiana State Penitentiary, the Angola Prison Rodeo is the longest running prison rodeo in the United States, getting its start in 1965. Held on one weekend in April and on every Sunday in October, thousands of visitors enter the prison complex to watch the spectacle unfold. Proceeds from the rodeo cover its […] 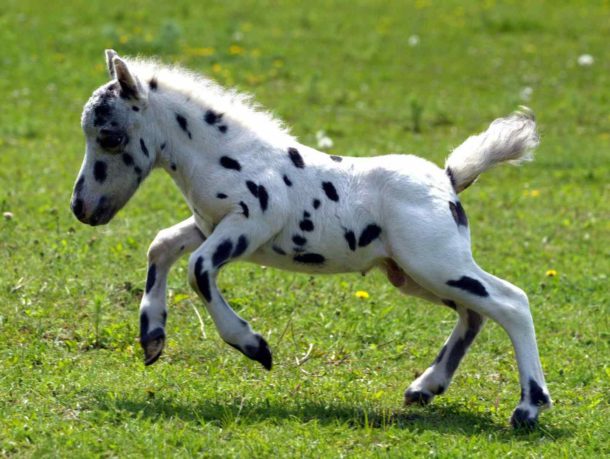 Name of breed: Falabella miniature horse Country of origin: Argentina Breed origin: The Falabella was developed in Argentina from local horses of Criollo stock. A gentleman by the name of Patrick Newtall began the breeding program in 1868, but when Newtall died, his herd and breeding methods were passed to his son-in-law, Juan Falabella. Juan […] 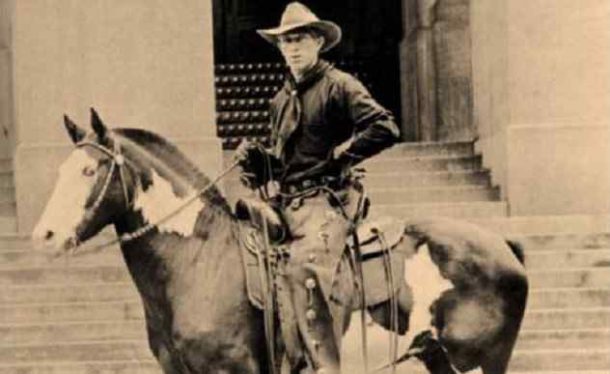 [sg_popup id=”1″][/sg_popup] Pinto is known as the only horse to have ever walked across the entire distance of the United States. That’s 32,753 kilometres (20,352 miles)! His journey is considered to be the longest documented expedition in the 20th century. This tale began in 1912 when five men from Shelton, Washington decided to try and […] 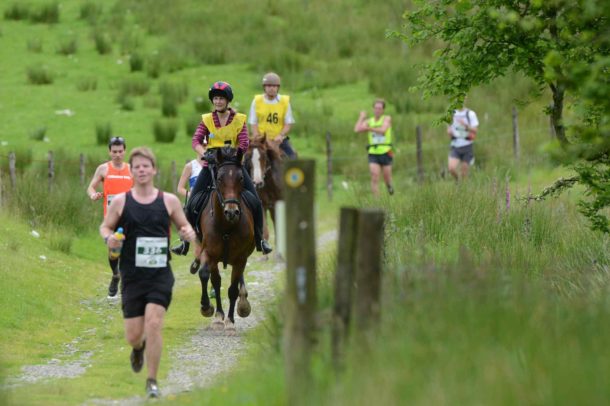 [sg_popup id=”1″][/sg_popup]Who would be faster in a marathon – a horse or a human? This might be a strange question to ask, but like how most of these discussions usually form, this one originated over a cheery pint (or five) at a pub one night in 1980. Gordon Green, the owner of the Neuadd Arms […] 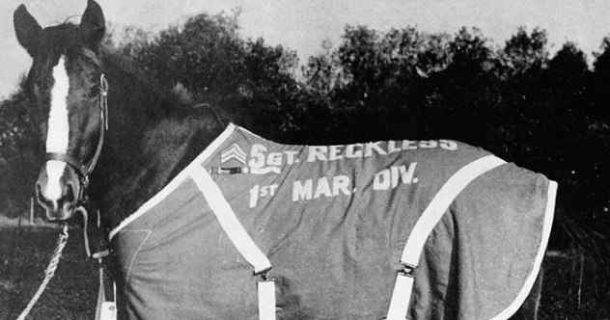 Many United States Marine units have a live animal mascot. Sergeant Reckless was something far greater than that. In the Korean War, a girl stepped on a land mine and lost her leg. In order to buy her a prosthetic limb, the girl’s brother sold the local Marine unit a chestnut Mongolian mare named Flame-in-the-Morning […] 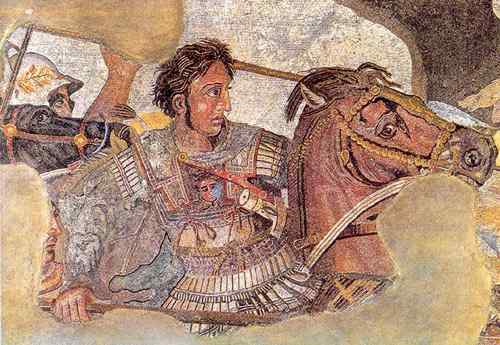 Bucephalus was Alexander the Great’s horse and is considered by some to be the most famous horse in history. Alexander and Bucephalus’ initial meeting was unique but demonstrated the true character of one of the greatest generals in all of history. Initially, Bucephalus was brought to Macedonia and presented to King Phillip II (Alexander’s father) […] 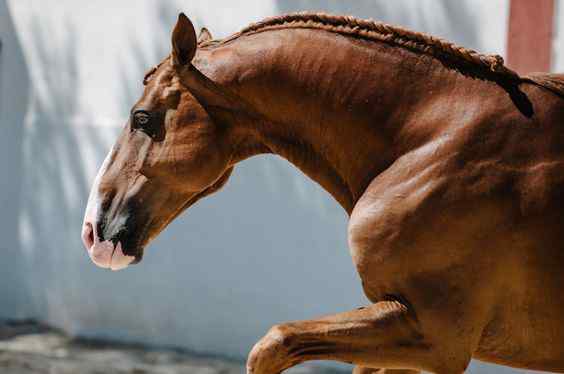 Name of breed: Lusitano Country of origin: Portugal Breed origin: The Lusitano, also known as the Pure Blood Lusitano, is a Portuguese horse breed, closely related to the Spanish Andalusian horse. Both are sometimes called Iberian horses, as the breeds both developed on the Iberian peninsula, and until the 1960s they were considered one breed, under the Andalusian […] 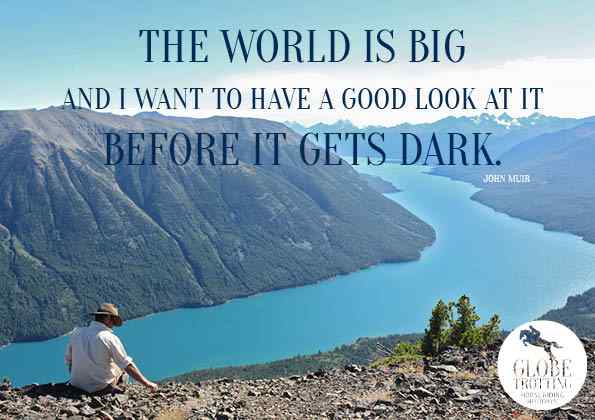 This right here is the picnic lunch locale on day 3 of our 7 night lodge trip in British Columbia, Canada. Not too shabby?