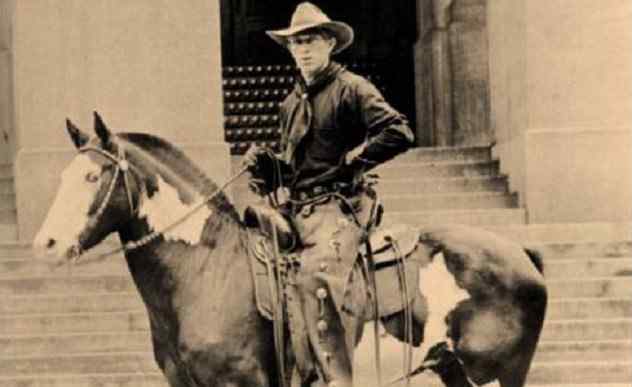 [sg_popup id=”1″][/sg_popup] Pinto is known as the only horse to have ever walked across the entire distance of the United States. That’s 32,753 kilometres (20,352 miles)! His journey is considered to be the longest documented expedition in the 20th century.

This tale began in 1912 when five men from Shelton, Washington decided to try and make history by travelling to every state capital in the United States…on horseback. Led by professional horseman George Beck, they called themselves the Overland Westerners. With fame and fortune at the forefront of their minds, the group planned to finish their adventure at the 1915 World’s Fair in San Francisco.

The group spent the next three years very sore, cold and constantly hungry. Beck would make them a little money along the way by riding Pinto in exhibitions or by trading other horses for food and water. But despite this, the journey was tough and money was scarce.

When finally, on June 1, 1915 the group arrived in San Francisco, their dreams of fame and fortune were shattered. They simply could not convince anyone to write about or promote their story.

I think their biggest mistake was probably the fact that they lived 100 years ago. If this were to happen today, Pinto the Wonder Horse would most likely go viral, becoming an internet sensation and social media star with websites, blogs and videos devoted to immortalizing his amazing feat!