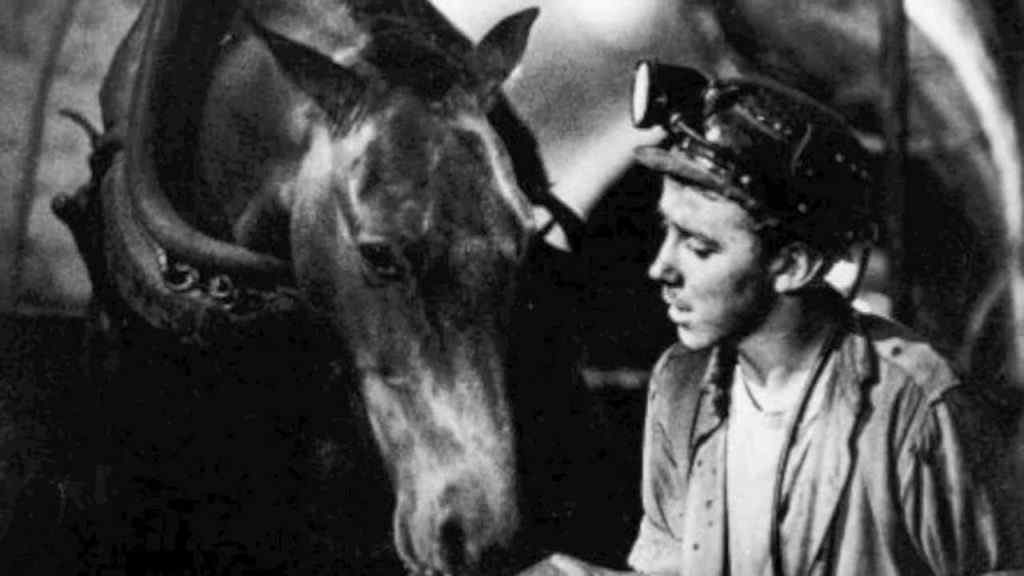 A pit pony was a type of pony commonly used in underground coal mines from the mid-18th until the mid-20th century. When laws were passed prohibiting the use of women and small children as laborers in coal mines, the industry was in desperate need of more workers. In truth, there was an overlap in the time that women and children were working in the mines and the time that the pit ponies began their job. But the idea of pit ponies caught on in a big way after the British Mines Act of 1842 abolished the employment of women and children less than ten years of age.

At the peak of this practice in 1913, there were 70,000 ponies working underground in Britain. The most commonly used breeds were Shetland, Welsh, Sable Island and Dales ponies. The ponies were low set, heavy bodied and heavy limbed with plenty of bone and substance, and of course surefooted.

The British Coal Mines Act of 1911 made it clear that ponies had to be at least four years old before starting work. However this didn’t necessarily mean they had to be four years old before they saw the inside of a mine. Most of the ponies were raised and stabled underground. Ponies who were brought in when they were older were given time to acclimate to the mines and several weeks of training before they were expected to begin work. Most pit ponies were retired prior to their 20th birthday.

A typical day of work for a pit pony would be an eight-hour shift, during which they might haul 30 tonnes of coal in tubs on the underground narrow gauge railway. They were trained to recognise voice commands and often wore no bits. The miners respected the animals’ horse sense and on more than one occasion, the ponies were responsible for saving the lives of miners.

In late years, mechanical haulage was introduced on the main underground roads replacing the pony hauls. Nowadays machines do the work that was once required of pit ponies.

There’s no doubt about it globetrotters, these ponies were incredibly strong and hardy. I think my horses have it easy compared to the pit ponies. What do you think?