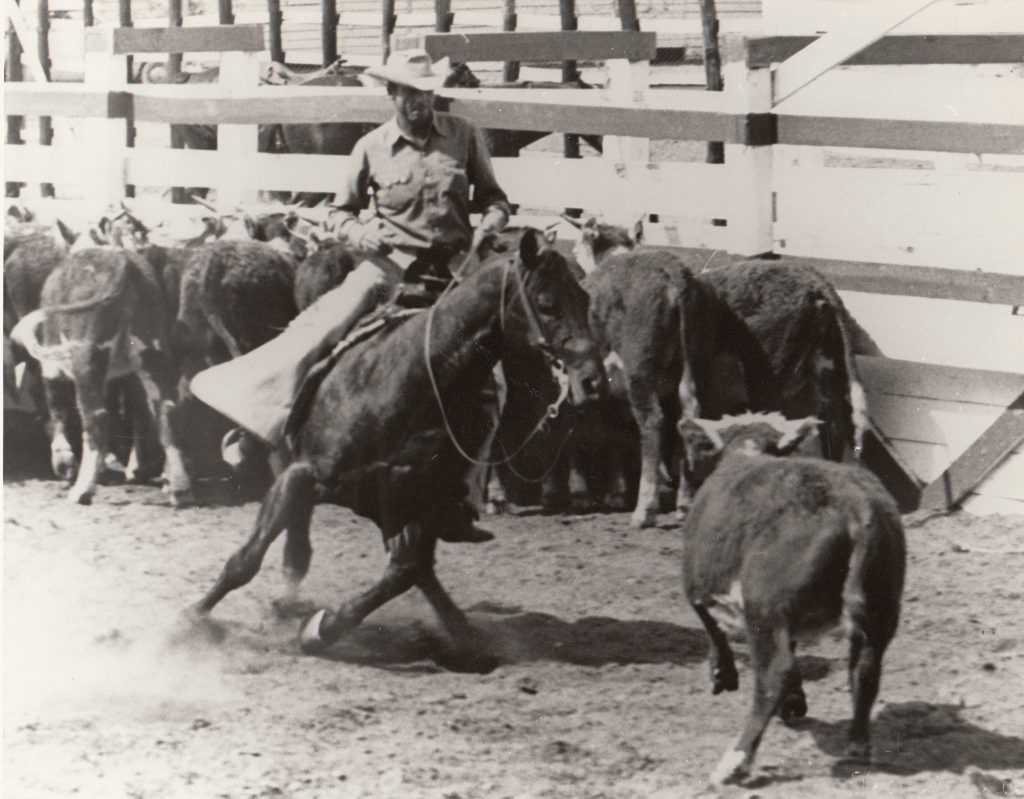 It appears every great horse has a great story, whether it be they come from humble beginnings and shine when it’s needed most, or they are born great, suffer some terrible mishap but keep going and return to greatness once more. Poco Lena’s story is the latter, a tale mixed with triumph and tragedy.

Born in 1949, Poco Lena competed in her first cutting event aged just 26 months and placed second. She continued to win and place at numerous Cutting and Halter events throughout that year and in 1953 was purchased by Don Dodge. For the next five years Dodge and Poco Lena competed at events around the country, winning awards and titles with both the National Cutting Horse Association (NCHA) and American Quarter Horse Association (AQHA). Poco Lena was sold to BA Skipper in 1959 and continued her winning streak, winning AQHA Honour Roll and Reserve in NCHA World Standings three years in a row. But in 1961 at the age of 12, Poco Lena foundered, the continuous haulage beginning to take its toll.

But our story doesn’t stop there globetrotters. Poco Lena recovered and continued to show for a while. But they say once a horse has foundered once, they will continue to do so, and that was the case for Poco Lena (but not in the way you might think).

Tragedy struck again for Poco Lena – she and Skipper were to compete at another show and while Skipper chose to fly there, he sent Poco Lena via road with a hired driver. Unfortunately Skipper’s plane crashed, killing him instantly. Unsure what to do, the driver put Poco Lena in a stall at the showgrounds and left her there, where she was found days later in appalling condition, her founder back with a vengeance.

Don Dodge (whom you might recall owned her for a number of years in the 1950s), heard of her plight and called the Jensens, who were currently standing the now famous Doc Bar at their stud (you can read our blog post about him here). They kindly purchased Poco Lena and nursed her back to health with the assistance of two vets. This took several years and Poco Lena lived in their backyard for much of it, the ground there being the softest on the ranch for her poor feet.

The Jensens planned to breed from her, but Poco Lena had suffered lasting effects from the drugs that had been given to her to stop cycling throughout her show career, and it took three years for her to foal Doc O’Lena in 1967. She was able to conceive once more and foaled Dry Doc in 1968 at the age of 19. But her health was rapidly deteriorating – poor Poco Lena wasn’t even able to stand to feed her foal, who had to nurse while she was lying down, a feat Dry Doc managed just fine thankfully.