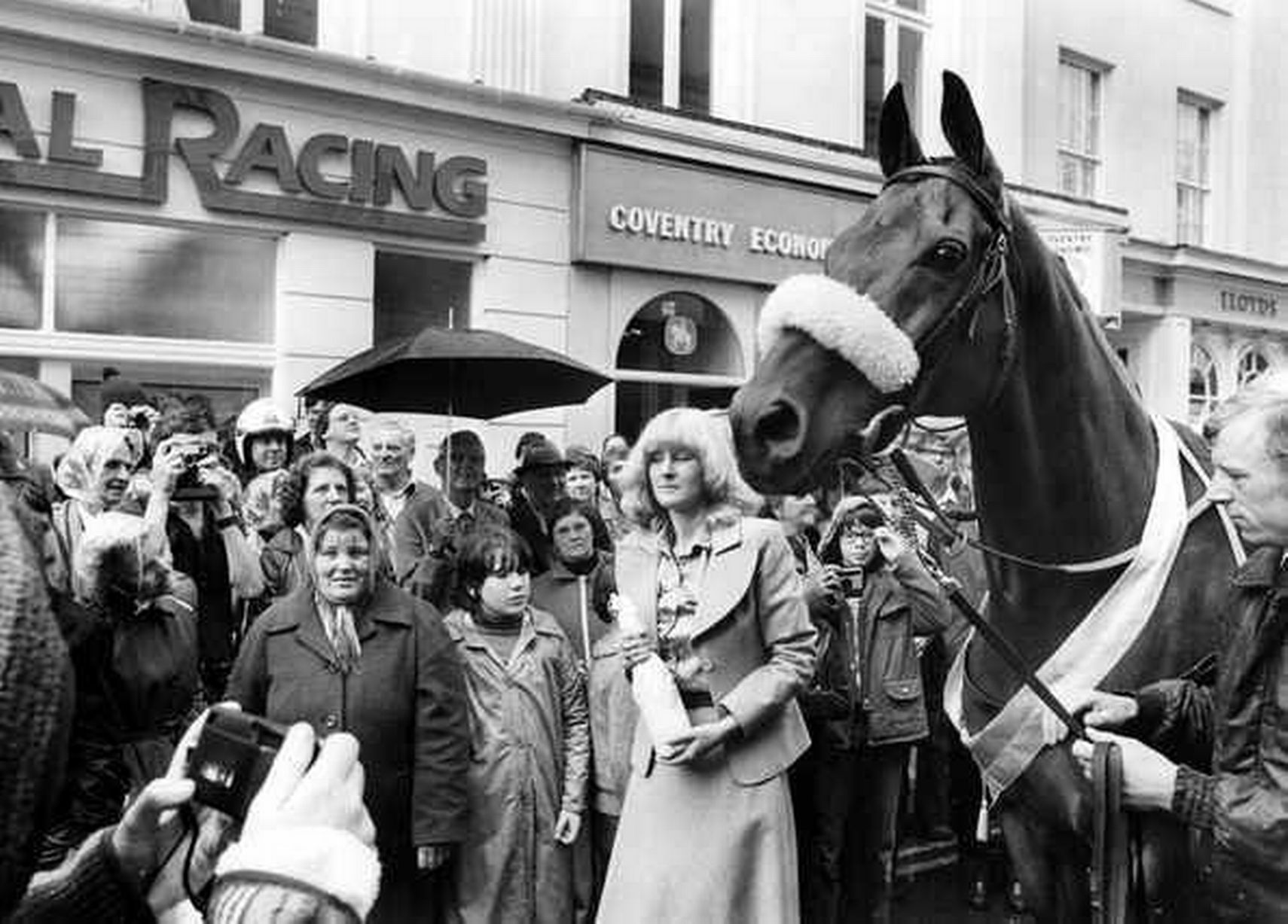 Born in 1965, Red Rum was a champion Thoroughbred steeplechaser who achieved an unmatched historic treble when he won the Grand National, the world’s greatest steeplechase event, in 1973, 1974 and 1977, and also came second in the two years in between (1975 and 1976). Red Rum’s owner, Martyn McEnery, gave the great thoroughbred his name by taking the last three letters of the names of his dam (Mared) and sire (Quorum) respectively.

But it wasn’t all smooth sailing for Red Rum, with the gelding suffering from pedal osteitis, a debilitating incurable bone disease in his hoof. It wasn’t until he went to the training yard of Ginger McCain that he found his footing. McCain reportedly took Red Rum for a therapeutic swim in the sea off Southport before his first Grand National appearance – the seawater is thought to have helped treat his hoof condition. 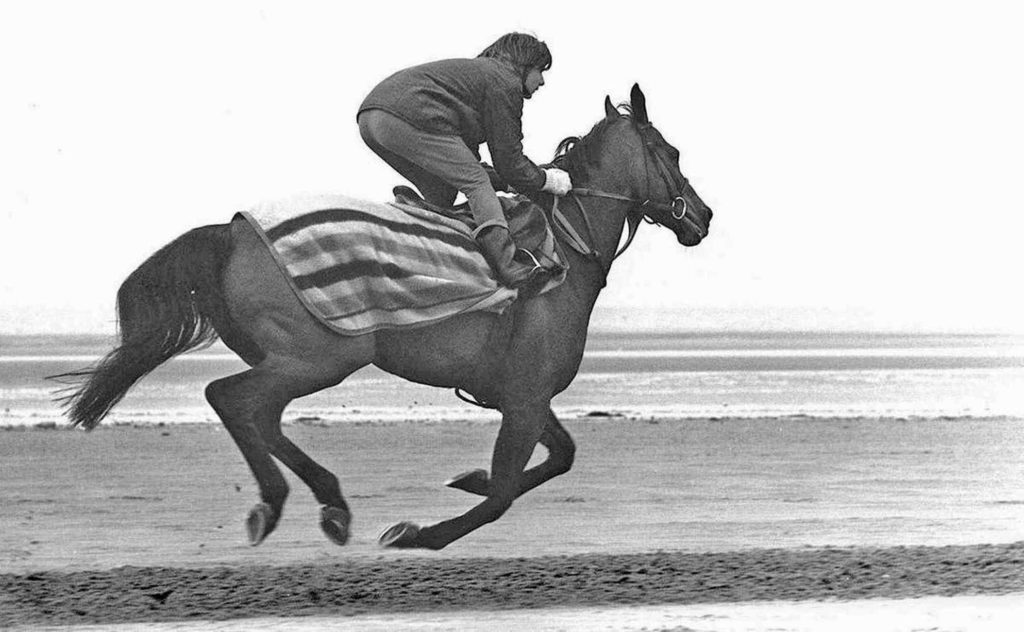 Red Rum’s 1973 victory is often considered one of the greatest in the Grand National’s history, coming from 30 lengths behind to win the race! He beat the Australian chaser Crisp, in a record time of nine minutes, 1.9 seconds. Crisp led the field virtually the whole way and at the last fence was still 15 lengths clear of Red Rum. However, Red Rum and his jockey, Brian Fletcher, made up the ground on the final stretch and, two strides from the finishing post, pipped the tiring Crisp to win by three-quarters of a length. Crisp’s jockey Richard Pitman later said, “I still dream about that race, of Crisp running so strongly and jumping so fearlessly, and then the sound of Red Rum’s hooves as he got closer and closer at the end.” He added, “I felt as though I was tied to a railway line with an express train thundering up and being unable to jump out of the way.” 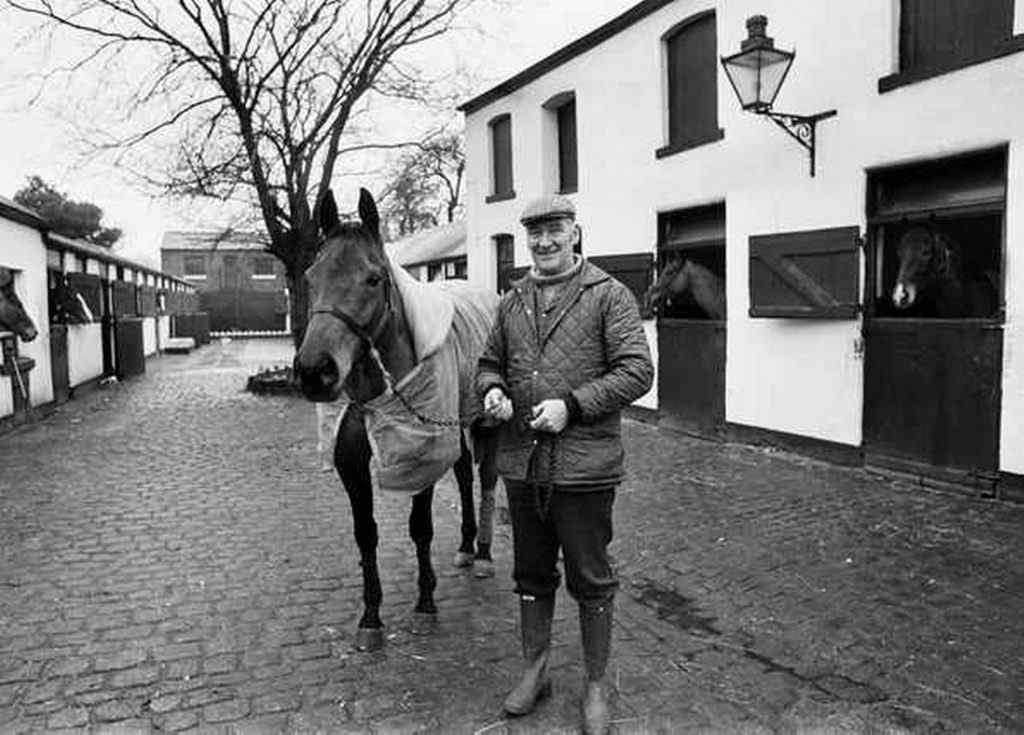 A little known fact about Red Rum is that he was actually prepared for a sixth attempt at the Grand National the season following his 1977 win, but unfortunately suffered a hairline fracture the day before the 1978 race and was subsequently retired. However, he had become a national celebrity and lead the Grand National opening parade for many years to come.

Red Rum died in 1995 at the ripe old age of thirty. His death made the front pages of national newspapers. He was buried at the winning post of the Aintree Racecourse, a destination many of his fans still visit to pay their respects. The epitaph reads, “Respect this place, this hallowed ground, a legend here, his rest has found, his feet would fly, our spirits soar, he earned our love for evermore.”