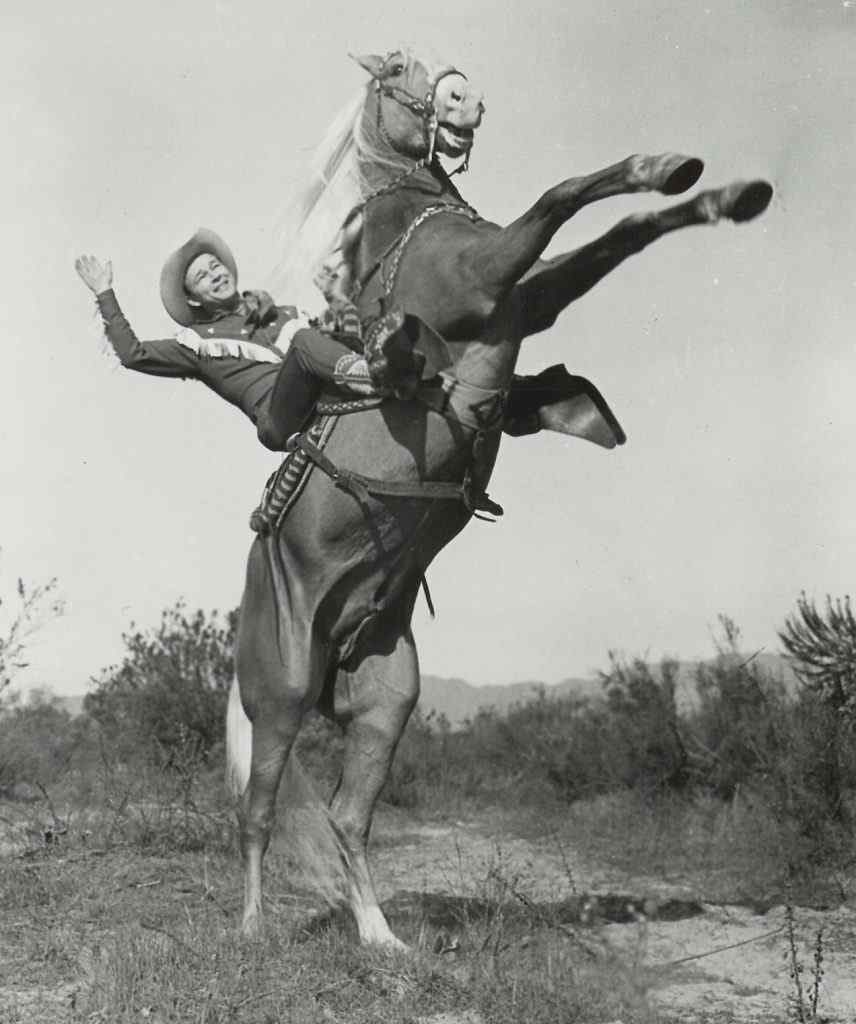 Roy Rogers was an American singer and cowboy actor who was one of the most popular Western stars of his era. He appeared in over 100 films and numerous radio and television episodes of The Roy Rogers Show, which ran on radio for nine years before moving to television from 1951 to 1957. His productions usually featured a sidekick, and many times he appeared with his wife, Dale Evans and his German Shepherd, Bullet. Yet it was his golden palomino horse, Trigger, who completed the ‘cowboy’ image and became famous in his own right.

Trigger was a beautiful 15.3hh palomino Thoroughbred-cross. Originally called Golden Cloud, Roy Rogers decided to rename the stallion Trigger when Smiley Burnett (Roy’s sidekick in his first two films) commented that the horse was sure ‘quick on the trigger’. Smiley was right – Trigger could stop on a dime, and could cut and spin so fast that a less experienced rider could be left in mid-air! And yet his personality and disposition was gentle enough that Roy could put three or four kids up on his back at the same time without any concern for their safety. 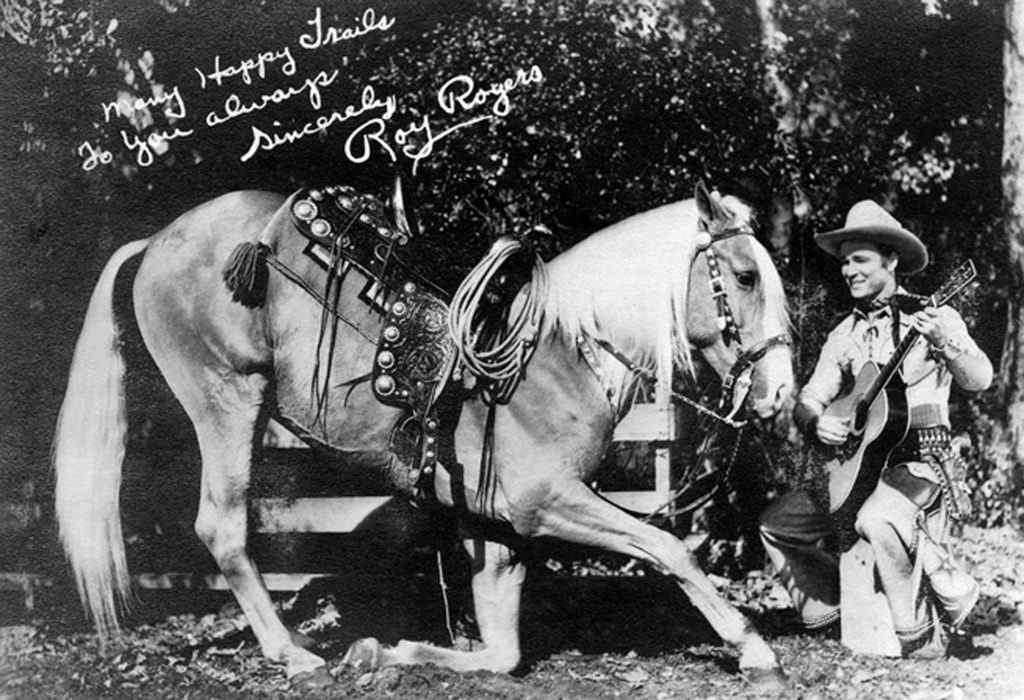 Trigger was just four years old when Roy began using him in his films, and over almost 20 years, he appeared in each of Roy’s 81 starring films and all 100 of his television episodes. This record is unmatched by any other motion picture animal! Together, Trigger and Roy became household names. Trigger was a star performer and he quickly learned the movie business. When he heard the words, ‘Quiet on set,’ he would perk up, and when he heard ‘Cut!’ he would relax. Trigger learned over one hundred trick cues and is said to have been able to walk 50 feet (about 15 metres) on his hind legs. He could sit in a chair, bow, sign his name “X” with a pencil, lie down for a nap and cover himself with a blanket. He was also extremely well house-broken, often visiting hotels, theatres and hospitals. Trigger became so famous he even had his own Dell comic book, which recounted his various exploits with his Roy Rogers. Trigger’s hoof prints even appear next to Roy’s handprints outside the famous TCL Chinese Theatre in Hollywood.

Roy Rogers also made many personal appearances with Trigger in tow. On a number of occasions Roy, who loved children and supported many children’s charities, escorted Trigger up three or four flights of stairs at hospitals to visit sick children. The demand from fans to see Trigger at Roy’s personal appearances grew so great that the horse couldn’t keep up with his busy publicity and movie-making schedule! Realising this, Roy bought another palomino called Little Trigger to bring on tour. Little Trigger was a bit smaller than Trigger and had four white stockings. A few other palominos were also used as stunt doubles to ease Trigger’s work load, and a horse called Trigger Jr. took over most of the publicity work in the late 50s and 60s. Trigger Jr could perform a huge range of tricks and stunts, even dancing, but no horse could match the original Trigger’s unique combination of fierce intelligence, trainability, fearlessness, gentleness and athleticism.

Trigger lived out his days on the Rogers’ ranch in Apple Valley, California, dying in 1965 at the ripe old age of 30. His hide was mounted at Roy’s request and remained on display until 2009. In 2010 it was bought by television channel RFD-TV, which plans to display it in a Western museum.

Trigger is undoubtedly one of the greatest equine performers in motion picture history. Have any of you globetrotters been lucky enough to visit the TCL Chinese Theatre in Hollywood and see Roy Rogers and Trigger’s prints in the concrete out the front?