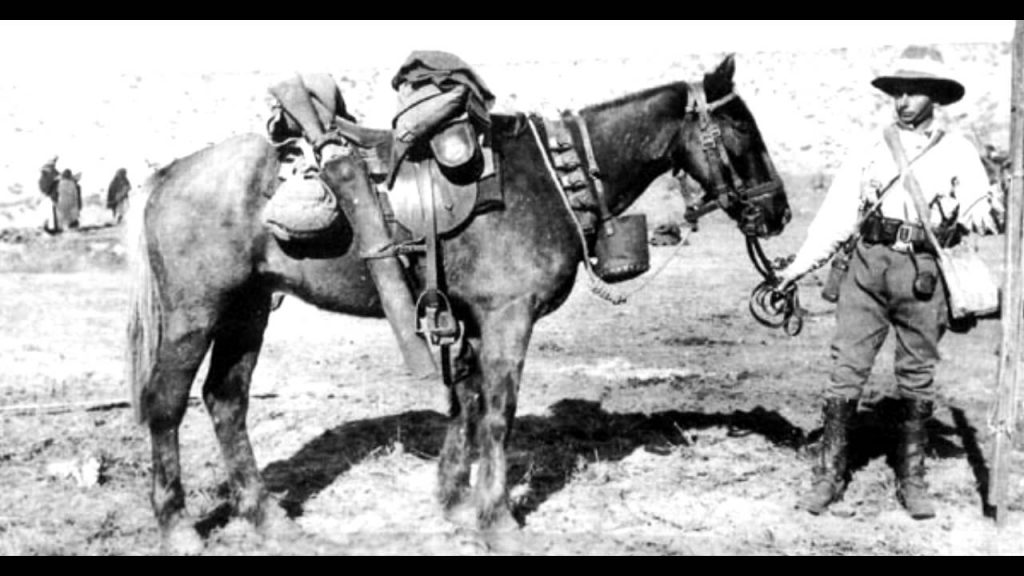 Ten million fighting men died in World War One. But what is less remembered is that at least eight million horses died too, a number that is absolutely inconceivable to me. According to the Australian War Memorial, during WWI Australia sent 136,000 horses overseas to be used by used by the Australian, British and Indian armed forces. Tragically, only ONE horse from the 136,000 made it back home to Australian soil. This heroic horse was Sandy, a Waler who belonged to Major General Sir William Bridges, who was killed in battle at Gallipoli.

A gentle bay standing 16 hands high, he was the Major’s favourite charger and it was his dying wish to have his beloved horse returned home to Australia to enjoy a long and happy retirement.

When the Major died, Sandy was put into the care of Captain Leslie Whitfield and was transported to Egypt then onto France in March 1916. It wasn’t until the following year that the Australian authorities were able to honour the Major’s dying wish and granted Sandy a safe passage to return home to Australia.

The big bay lived out his days munching on green grass at Maribyrnong in Melbourne’s west, around the place named Remount Hill, where many thousands of horses bound for war, Sandy included, had earlier begun their long one-way journey. In 1923, Sandy had to be put down due to ill health.

It’s tragic to think Sandy was the only horse to return home once the war was over. While some of the horses that survived were sold to the British Army and others were given to locals, many soldiers chose to go against the army’s orders and destroy their horses rather than leave them on foreign soil. I can’t begin to imagine how devastating and heart-wrenching this would have been for these soldiers, but here’s a poem from Major Oliver Hogue which sheds some light on the gut-wrenching situation:

Just crawling round old Cairo with a ’Gyppo on his back

No, I think I’d better shoot him and tell a little lie:

Maybe I’ll get court-martialled; but I’m damned if I’m inclined