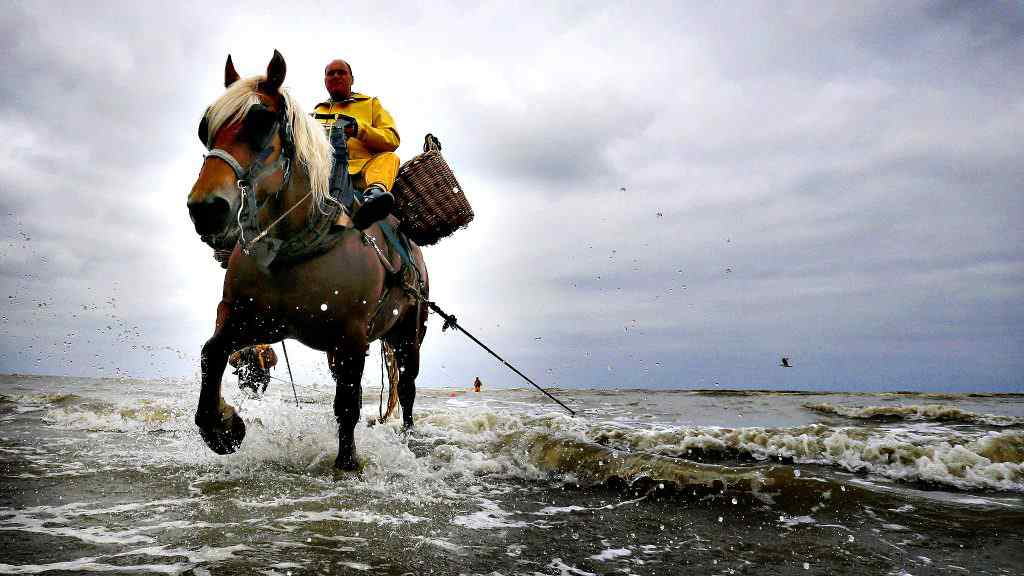 On the northwest coast of Belgium, there is a little known tradition called shrimp fishing on horseback. The activity is exactly what the name suggests. Belgian Draught Horses specifically trained for this activity are used, walking breast-deep in the surf, parallel to the coastline, pulling funnel-shaped nets held open by two wooden boards. A chain dragged over the sand creates vibrations, causing the shrimp to jump into the net. The fishermen place the catch in baskets hanging at the horses’ sides.

The time of day for this activity to take place is important, exactly one and a half hours before and after the low tide times. The fishermen fish in one hour time frames and eventually go out of the sea for the horse to rest and to gather the shrimp caught in baskets on each side of the horse’s back. The most productive time for this activity is during the warmer months (April to October), however fishermen can go at any time of the year as long as there is no ice cover. 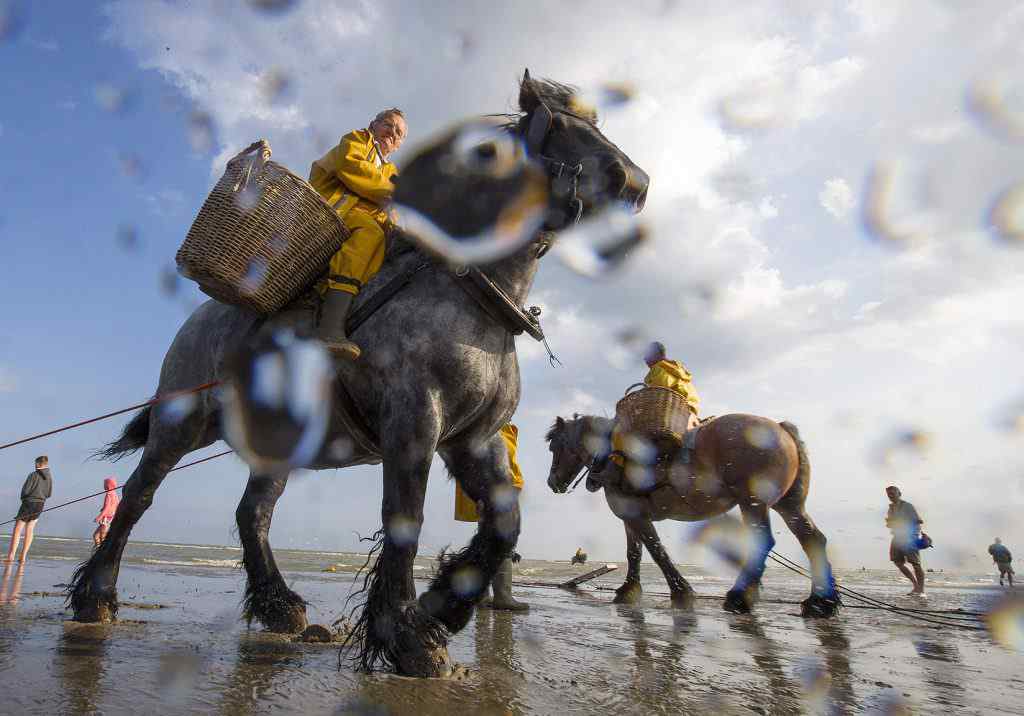 In December 2013, shrimp fishing on horseback was listed on the UNESCO Representative List of the Intangible Cultural Heritage of Humanity. This was due to the activity’s respect for the marine environment and the cultural heritage and promotion it provides to the local community.

The activity is currently only practiced by 15 fishermen but it does not constitute the fishermen’s main source of revenue, they merely do it as a sideline activity. However for one to become a shrimp fisherman on horseback, one must take a theoretical course at the Oostduinkerke’s National Fisheries Museum, and trainee fishermen must undergo two years of practical training and complete a final exam.

Did you know that during certain months of the year (April to October to be precise) you can actually go to Oostduinkerke to view this activity? Yes, shrimp fishing on horseback is open to the public during these months and on specific dates, the fishing is followed by a shrimp cooking masterclass and a tasting! My mouth is salivating already just thinking about it, I can almost smell the delicious aromas from here! The official Shrimp Festival takes place each year in Oostduinkerke across two days at the end of June and attracts over 10,000 visitors from around the world.

I know I would love to see the fishermen in action, how about you globetrotters?