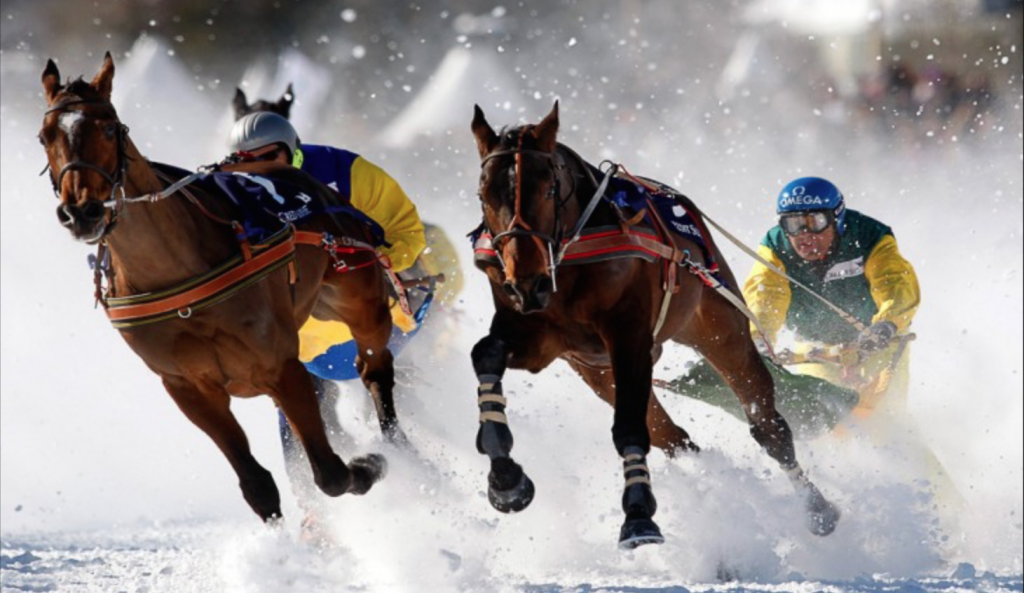 Skijoring is the extreme winter equestrian sport that combines the thrill of skiing with the enjoyment of equestrian. Originally devised as a mode of winter transportation, skijoring began in Scandinavia and is now a recreational sport around the world. How is it done? Similar to dog-sledding, with equine skijoring the human wears skis and holds tug lines attached to the horse’s harness. Think ground driving but on skis.

Skijoring races are important events in some parts of Europe, where horses wearing special winter shoes gallop around a snow track, pulling their drivers at breakneck speeds. North America has taken this sport one step further and have a rider on the horse while the skijorer holds a line attached to the saddle horn. They then compete over sizable jumps. 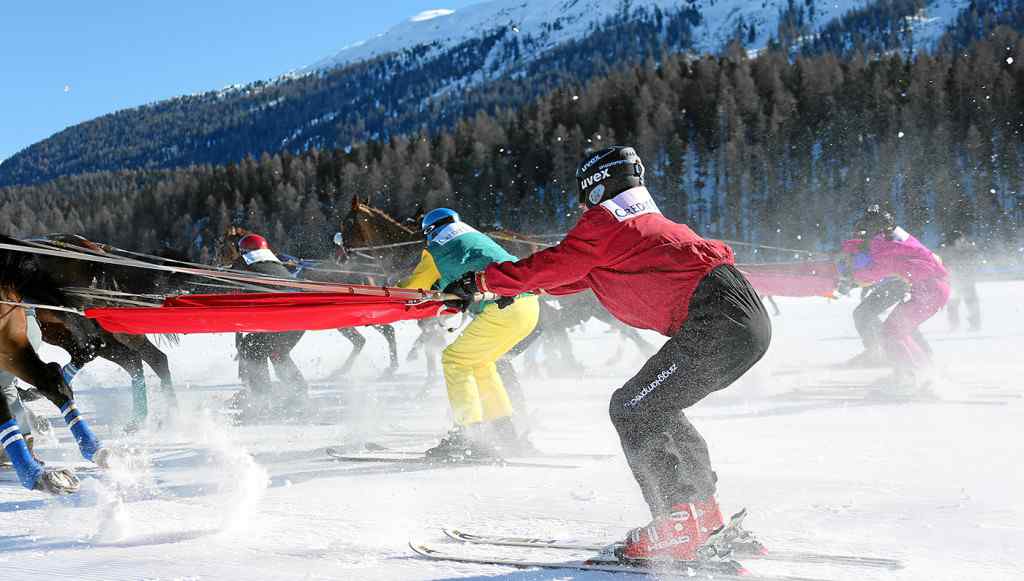 For those of you who aren’t extreme adrenaline junkies don’t worry, you can still enjoy skijoring at a slower pace. It’s a good way to provide your horse with some winter activity while giving you a chance to get outside the enclosed arena.

So who is willing to give this sport a go come winter time globetrotters?