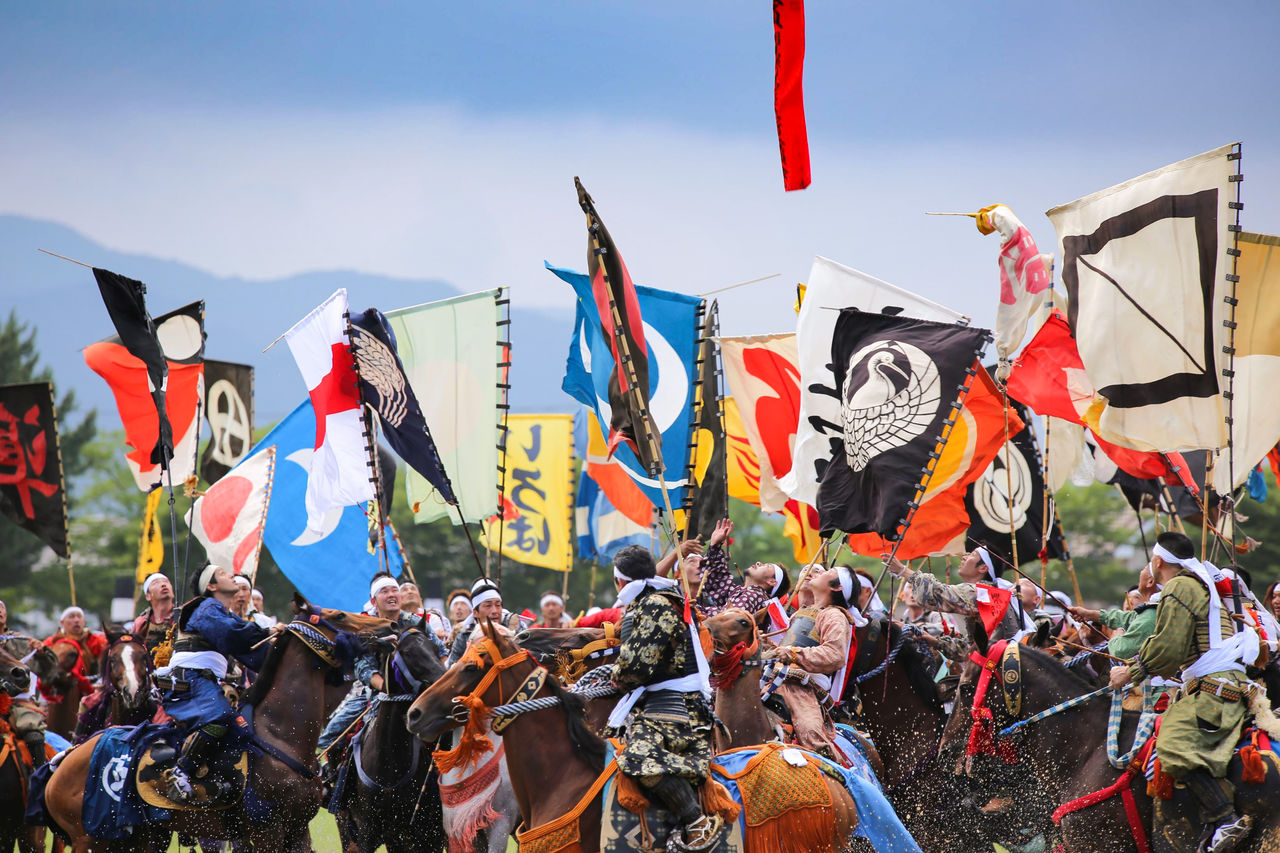 In the Soma district of Fukushima Prefecture, a famous horse breeding region in Japan, a festival called Soma Nomaoi has been celebrated since ancient times. It’s said to have originated in the early 10th century as a series of military exercises undertaken by the samurai of the Soma Clan. Even today, the role of ‘Supreme Commander’ of the festival is assumed by a direct descendant of the clan’s founder.

Nomaoi literally means ‘wild horse chase’, and legend has it that the founder of the clan used to test his cavalry by releasing wild horses onto the plains and challenging them to catch the horses with their bare hands. The captured horses were then presented as an offering at a nearby shrine. This tradition is still honoured as part of Soma Nomaoi, although these days the horses aren’t wild, just a bit unruly! 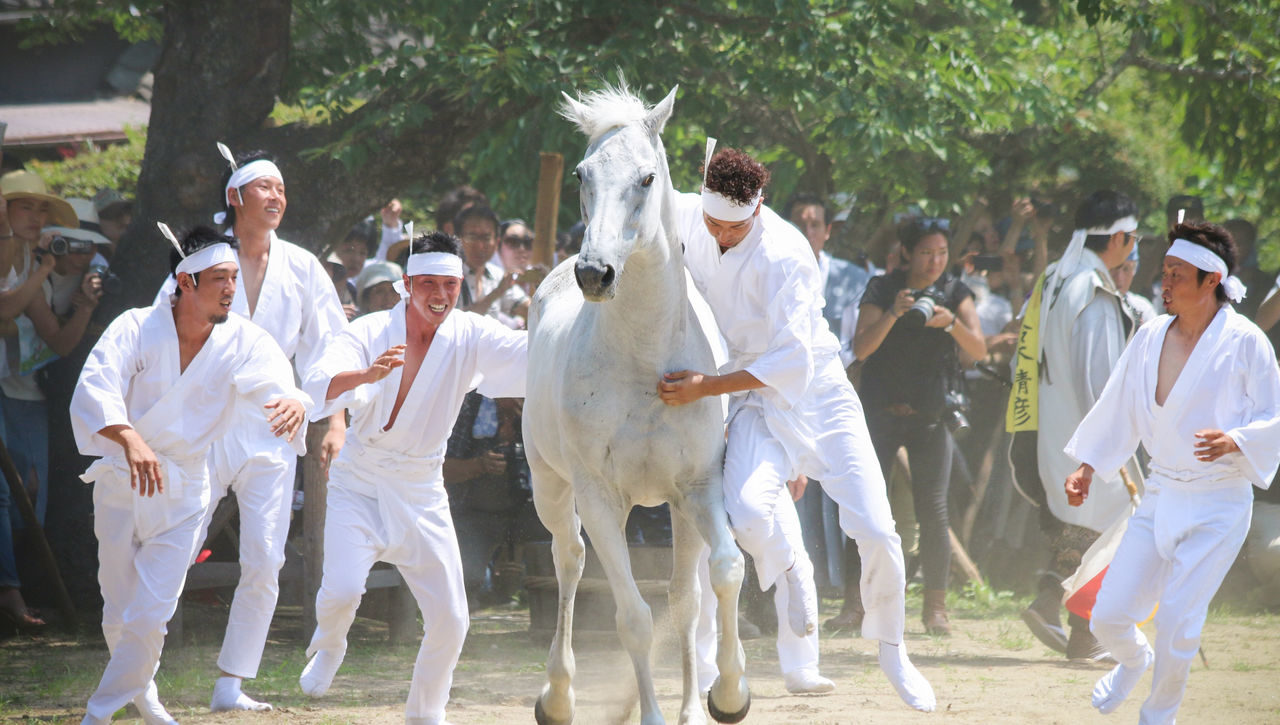 Soma Nomaoi occurs in July and begins with a ceremony at each of the three shrines that represent the guardian deity of the Soma Clan. The samurai pray for success in battle, drink ceremonial saké and kneel before their commanders to signal their fealty. At the blowing of a conch shell, the warriors mount their horses and depart for the main hippodrome with much pomp and flag-waving. This procession pales in comparison to the following day’s parade, though: think over 400 horsemen (and women, and even the occasional child!) riding through the city in full battle gear! Around 60,000 spectators watch the main parade each year. Banners, conch horns and battle drums create a chaotic, celebratory atmosphere quite at odds with the widely-held idea that Japanese culture is always quiet and subtle. 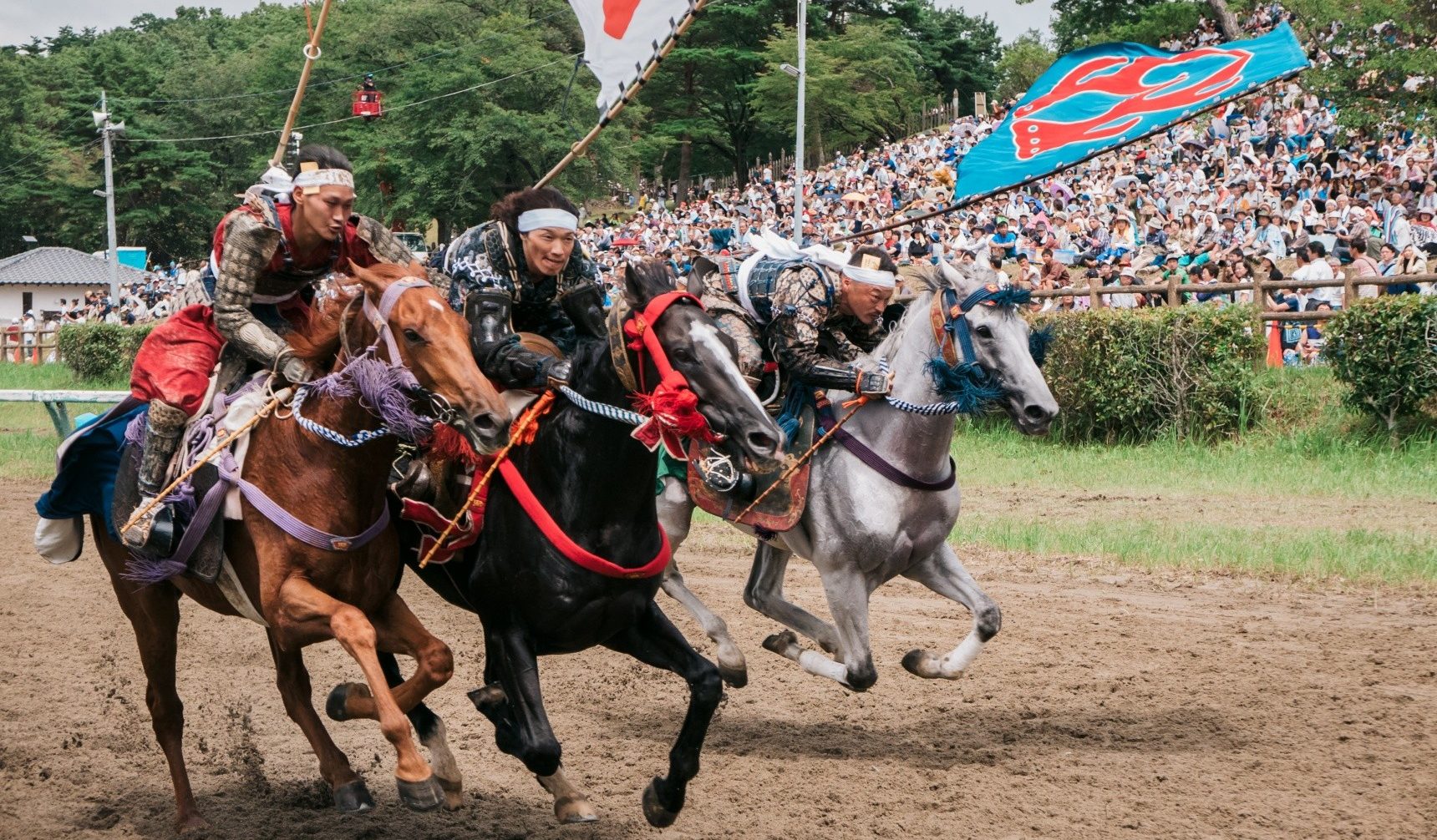 Another highlight of this three-day equestrian extravaganza is the Kachu Keiba, a kilometre-long horse race in which the competing samurai are clad in armour and carrying swords. It’s a spectacular image of days gone by when the clan’s cavalry would have charged into battle – minus the risk of death, of course! Each race begins with the beating of battle drums and the blowing of a ceremonial conch shell.

But the main event is undoubtedly the Shinki Sodatsusen, in which hundreds of samurai horsemen compete to catch 40 sacred flags shot high into the air with fireworks. Again, you can’t help but imagine battle scenes, especially with the horses and riders in their full combat regalia. 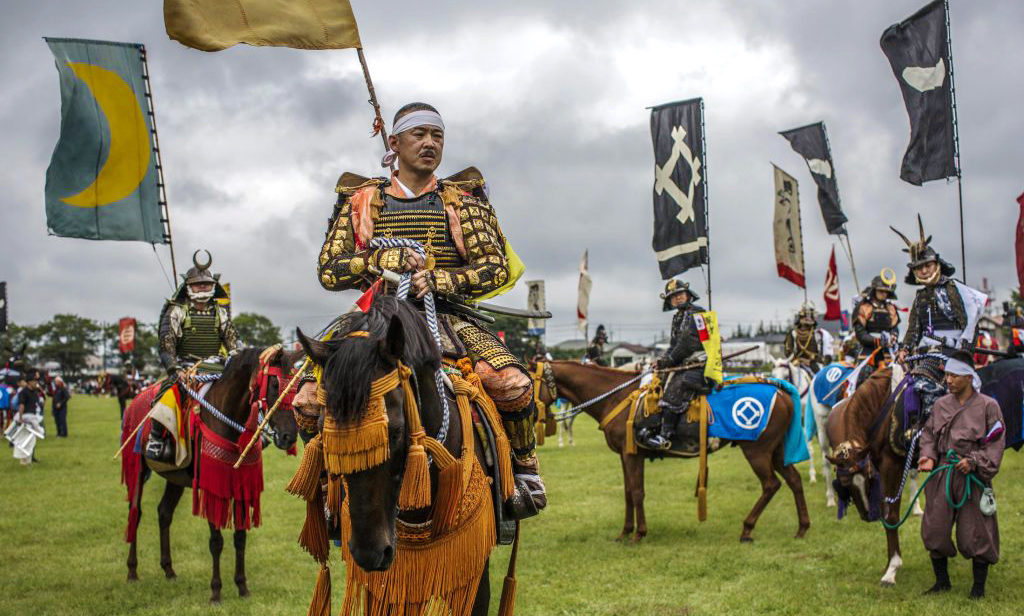 The earthquake and tsunami that hit Japan in 2011 was especially catastrophic for the Fukushima Prefecture because it triggered the Fukushima Daiichi nuclear disaster. This reaped untold tragedy in the region, as well as more widely across all of Japan, and Soma Nomaoi was considerably downsized for several years. However, it has since re-emerged as a symbol of the Soma community’s resilient, fighting spirit – a sign of hope and recovery.

So what do you think, globetrotters? Does this festival sound like your cup of tea?