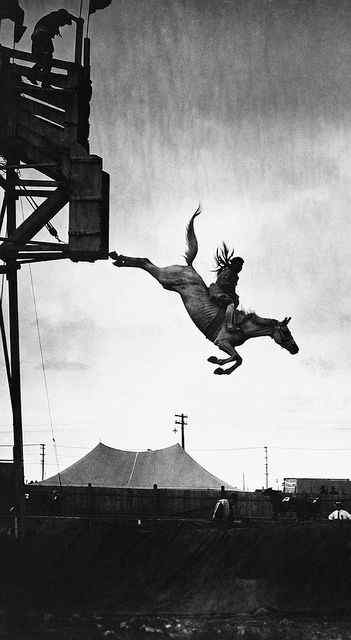 This beguiling image shows Sonora Carver with the West’s first diving horse, trained in the United States and shown at the Calgary Exhibition and Stampede in 1925.

The horse dove from a height of around 50 feet into a tank of water roughly 10 feet deep and Miss Carver stayed on the horse for the duration of the jump. 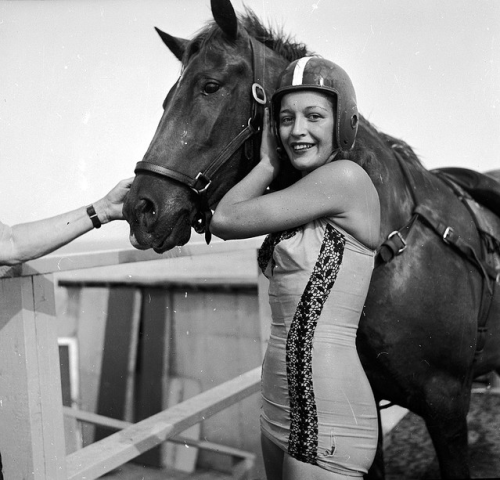 Sonora Carver began horse diving at age 15 and performed in the same circus throughout her career. She lost her eyesight in 1931 when her horse landed in the water badly, but by 1932 was again diving horses. She retired in 1942 and passed away in 2003 at the ripe old age of 99. Her story can be read in her autobiography, A Girl and Five Brave Horses, first published in 1961. A film based on her life as a diver was also produced in 1991.