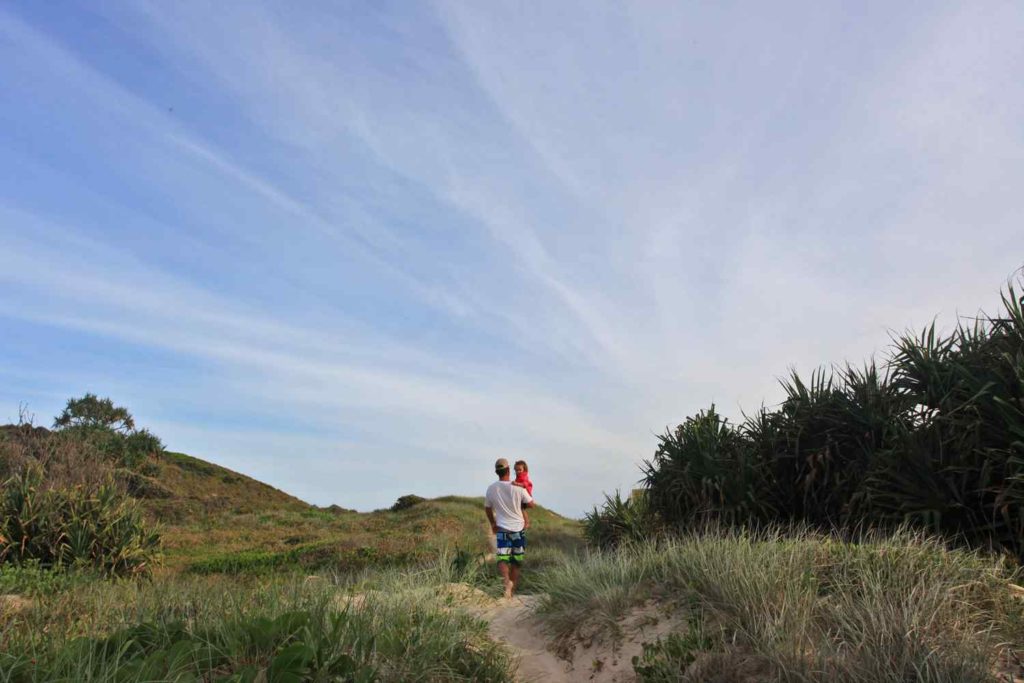 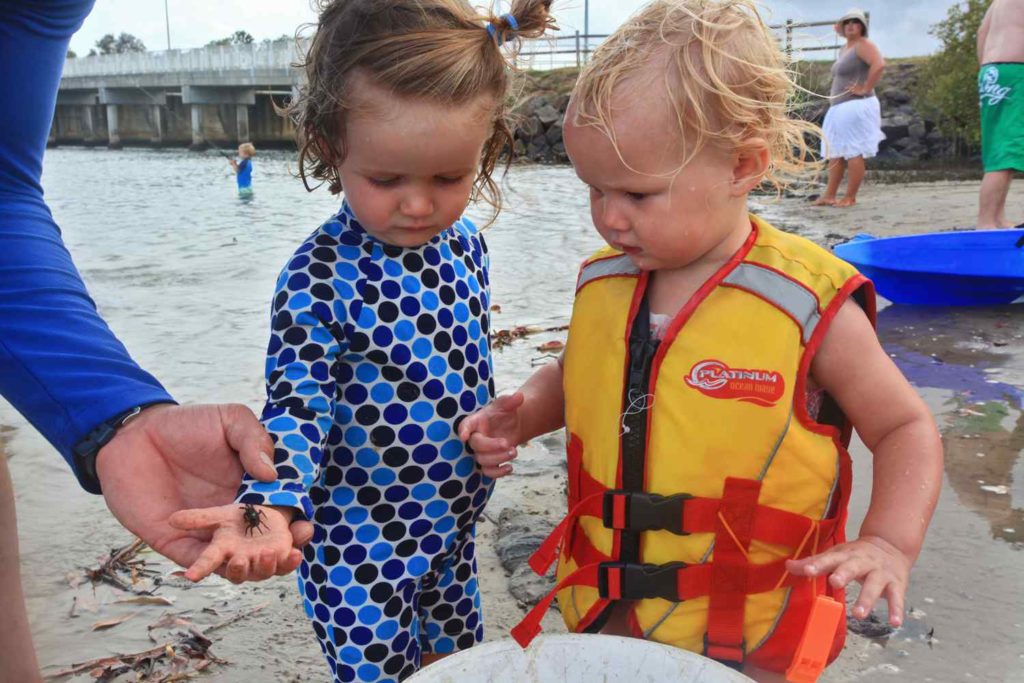 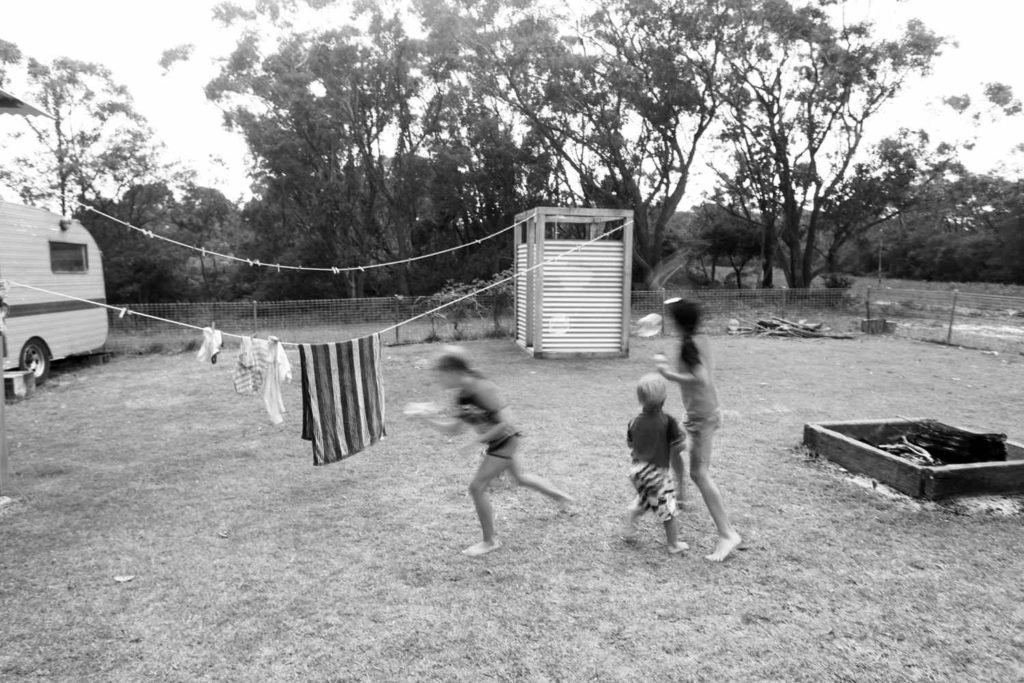 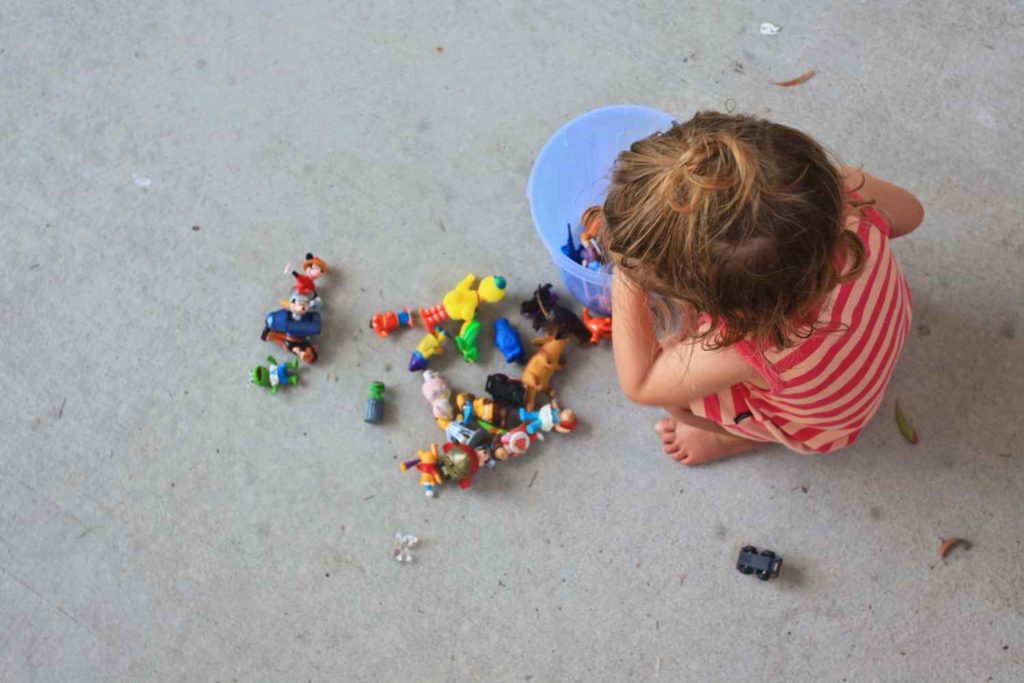 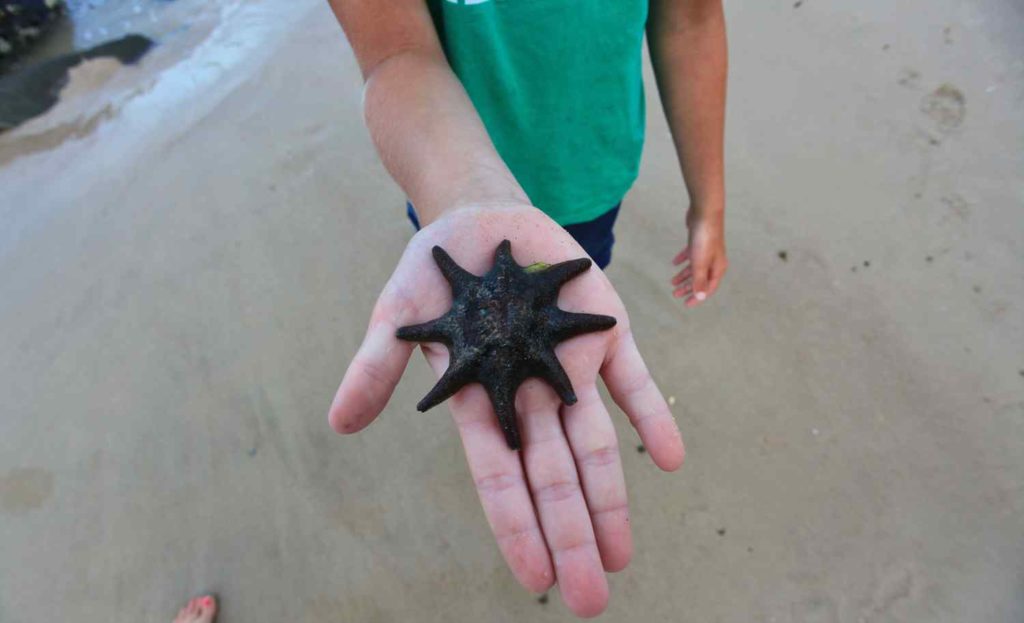 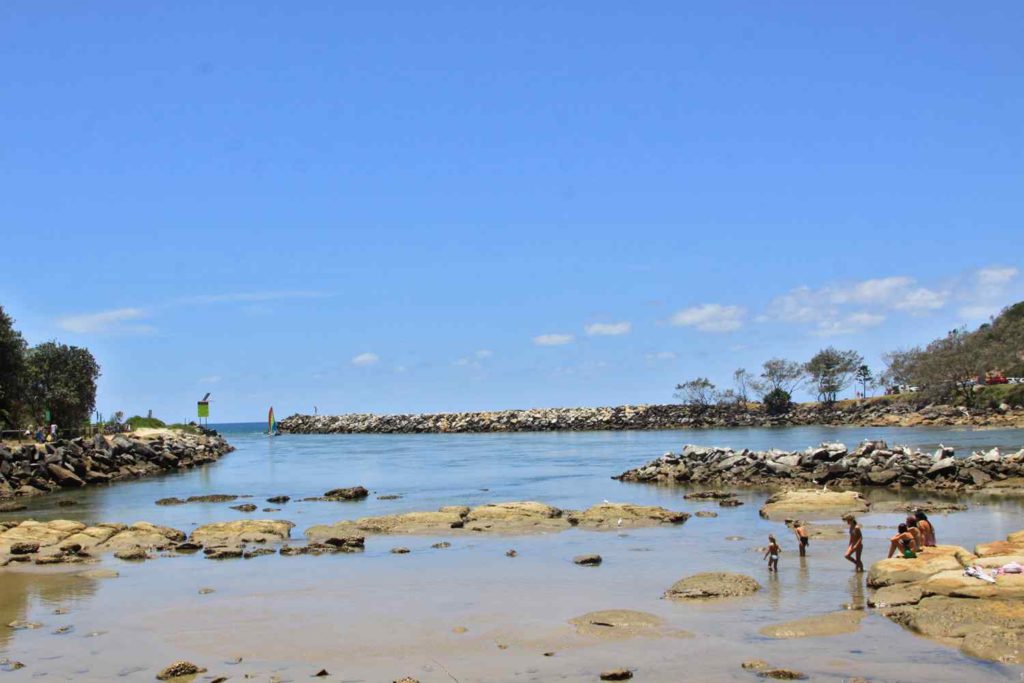 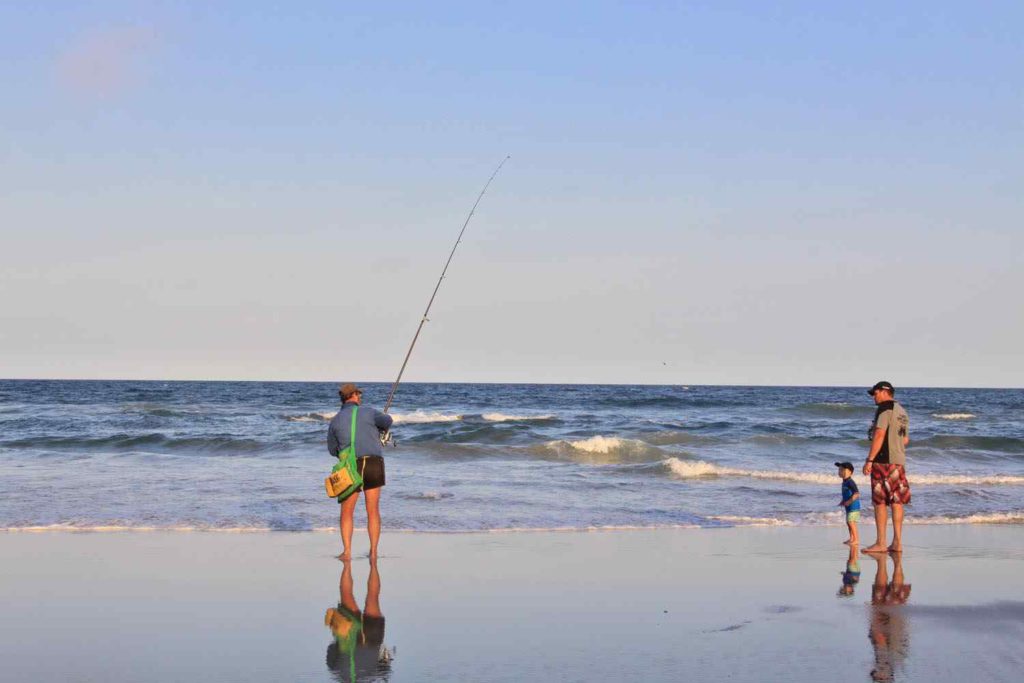 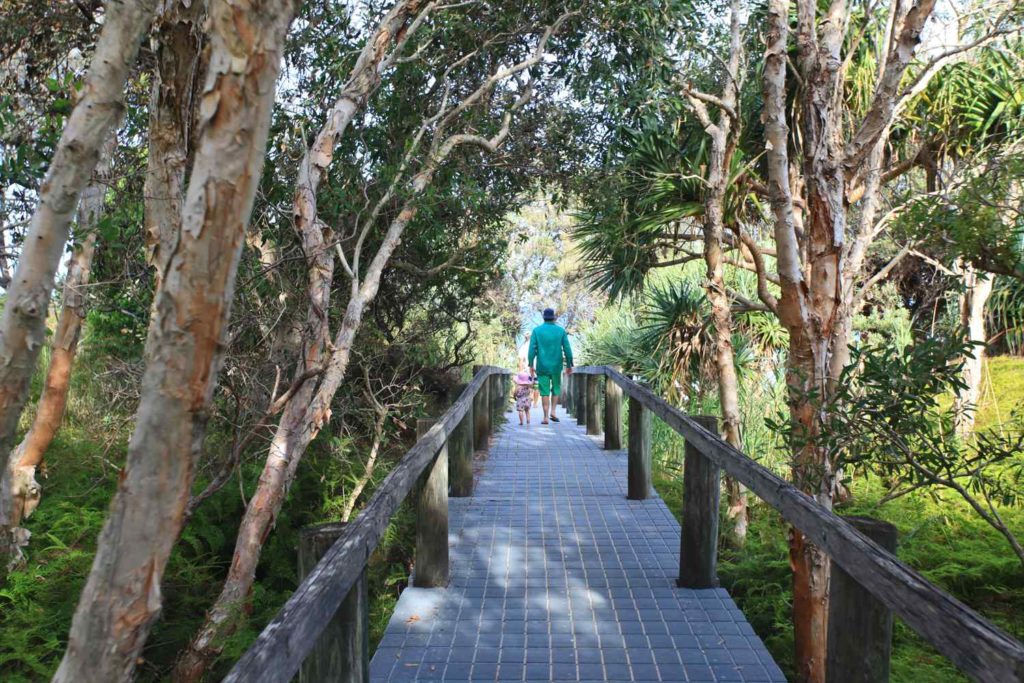 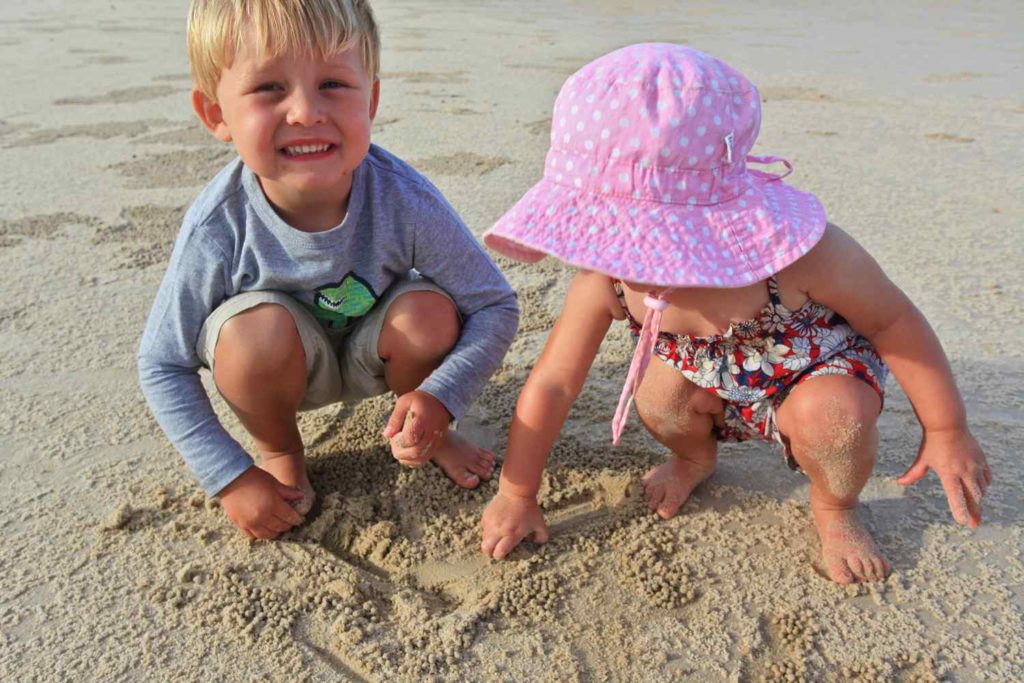 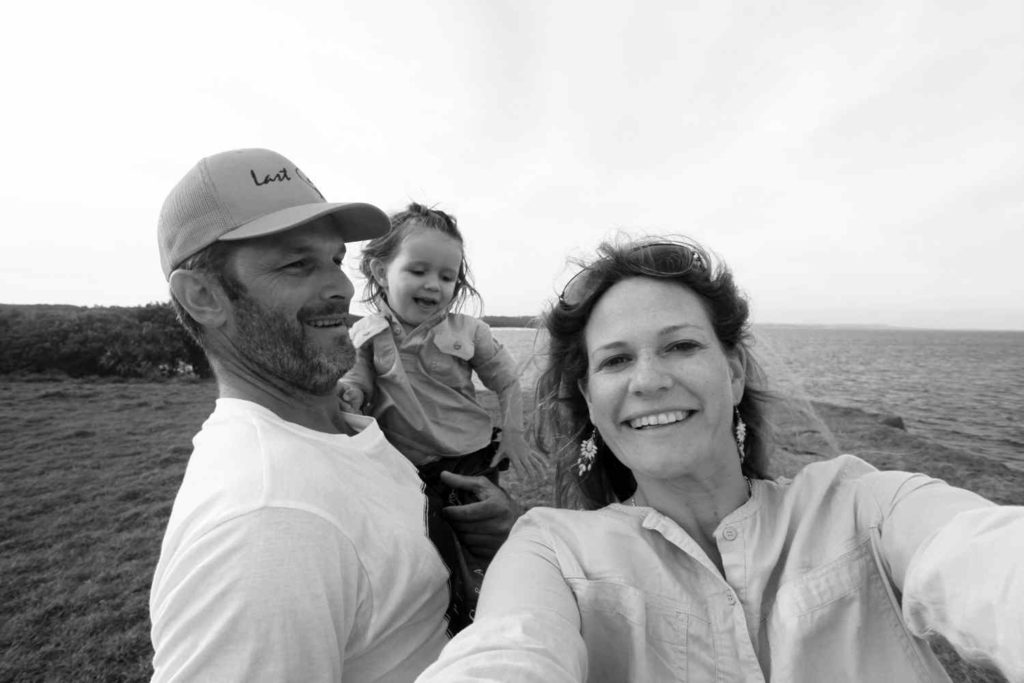 We’ve just returned to our hinterland home after spending seven days at Evans Head on the northern New South Wales coast. Our tripod family are sun-kissed from sultry summer days spent beachside constructing sandcastles, riding the waves that licked the shoreline and dive-bombing kites when the wind raced across the ocean. We shared a four-bedroom cottage with two of my best school friends and their tribe of kids.

It was the perfect abode where the older kids were packed like sardines in a bunk-bed room under a rattling ceiling fan, a backyard with an outdoor shower to wash away the brine from the sea and plenty of space to sprawl.

It was our first time to Evans Head and we were excited about exploring the beach-side village that has a population of just under 3000 and is split in two by the Evans River. It’s our dream to own a modest-sized cottage in a coastal village where we can migrate to every summer and spend six weeks falling into a gentle routine of surfing, eating mangoes, hammock sleeping and paddling in the river. The holiday home was owned by my friend’s sister and was perfectly positioned at the end of Evans Road fringed by the Dirrawong Resvere.

The house was a one minute drive from Chinaman’s Beach an unpatrolled beach that isn’t as popular as Main Beach. At Chinaman’s there is only a carpark, a surf look-out and long drop toilets. It’s a pristine beach squished between two headlands. What I loved is the virgin landscape where no sign of development pockmarked the dunes just coastal scrub and the native wildlife that calls it home. While straddling my surfboard, waiting for the next wave, I loved peering back at the shoreline that was sparsely occupied with beach goers with every family, couple, single having their own sandpit of space. I would smile at Finn scurrying like a crab on the wet sand with a bucket  of water in hand, Buster watching on.

Over the seven days we spotted dolphins slipping between the waves. We would all stop what we were doing, sling toddlers onto our shoulders to point at the dolphins, their dorsal finns glistening in the sun. There is something magical about watching dolphins swim, the whole entire beach would stand to attention as they cruised through the salt water.

Finn’s water confidence sky rocketed over the seven days thanks to morning’s spent rolling around in the frothy residue of the waves and a handful of afternoons at the Aquatic Centre.  It had a great kid’s water playground which was knee deep equipped with turtle shaped mats, fountains and buckets of water empyting on a timer.

A plus to Evans Head is the river. It offers another gentle water playground for kids who aren’t so confident with the crashing waves. Once the kids had their midday sleep (there is nothing quite like a siesta after spending a morning at the beach!) and were recharged we would head to the river on low tide. The older kids would pump for yabbies, kick around on the kayaks or throw a line in. Finn loved standing over the bait bucket inspecting the catch. She would squeal in delight when ghost crabs were placed in the palm of her hand only to scurry up her arm.

It was a blissful seven days of back yard cricket, prawn feasts, playing 500 (card game) while bringing in the New Year, icy glasses of Pimms on dusk listening to the chorus of screaming cicadas, tyre tree swing escapades and rock pool fossicking. A wonderfully iconic Aussie beach holiday.

photo captions from top to bottom: walking to goanna headland from chinaman’s beach; finn and grace checking out the bait bucket; playing with the bubble machine in the backyard; finn loved these old-school toys that were a fixture at the cottage; a star fish that was inspected and then returned to its rock pool home; evans river on low tide; fisherman at chinaman’s beach; the entrance to chinaman’s beach; searching for ghost crabs; happy new year from us to you, we can’t wait to share more globetrotting adventures in 2014.