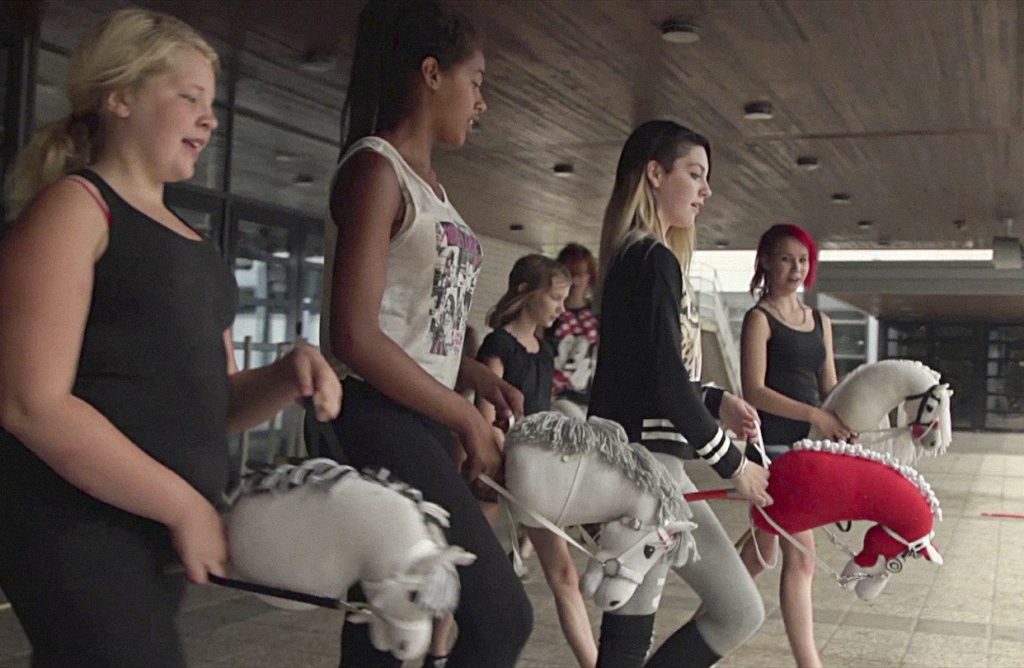 Hobbyhorsing is the bizarre trend sweeping across Scandinavia. I’ll just pause and let that sentence sink in for a moment. No you didn’t read it wrong. Imagine hundreds of girls lined up in formation ready to tackle a showjumping course or even a dressage test…except instead of an animal of the equine variety underneath them, they have a stick with a stuffed-toy head between their legs. Turns out a career in the equestrian world doesn’t actually take a huge investment in time and money, you just need a stick and some athletic ambitions.

Ok, full disclaimer here (and somewhat embarrassing confession), I was that crazy gal in primary school who pranced around jumping fallen logs and timber, pretending I was a horse. I even mastered the piaffe and passage in the dressage arena – my toe points were, excuse the pun, en pointe! But I by about Year 2 I realised it wasn’t as fun or as exciting as riding a real horse. So I guess what I’m saying is, I can understand that for those who don’t have the opportunity to ride a real horse, this might be the next best thing. That’s cool, I love it and I get it. But WOW, these competitions for hobbyhorse enthusiasts are out of this world! 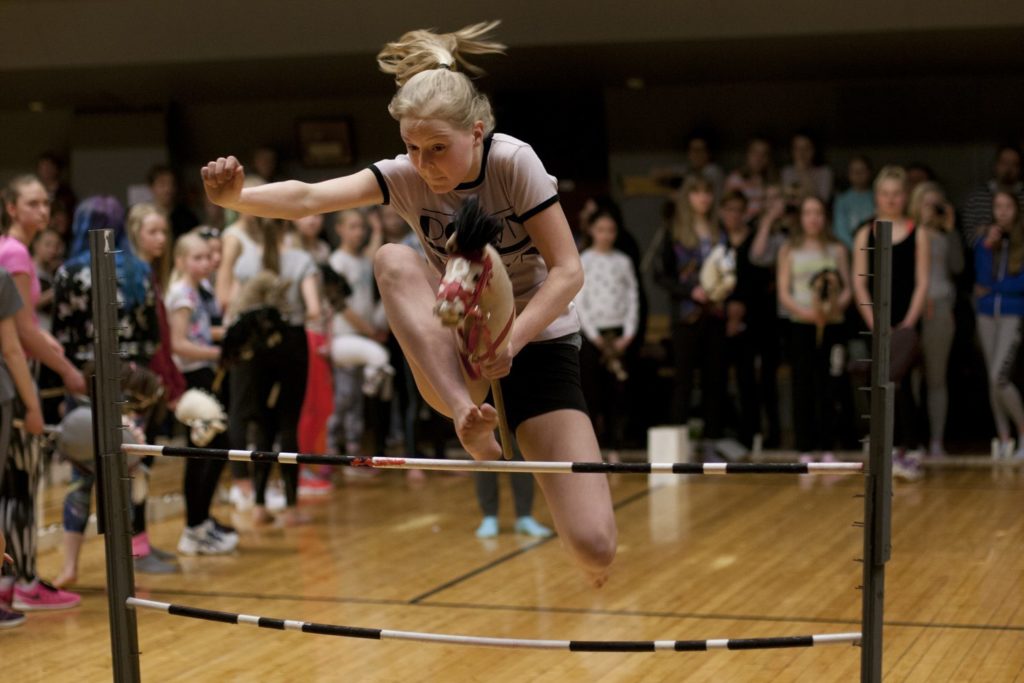 For as many as 10,000 (!!!) girls, hobbyhorsing is EVERYTHING! They not only gather for competitions, but make, buy and sell hobbyhorses. There’s even a serious documentary directed by Selma Vilhunen, who might I add is an Oscar-nominated director, detailing what’s called the ‘hobbyhorse revolution’ (you can watch the trailer here). And the phenomenon is going CRAZY over social media. Follow the hobbyhorsing hashtag on Instagram and you’re met with photos of friends horsing around together, loving close-ups of the hobbyhorses themselves and awesome action shots of girls flying over jumps, their stick horses in hand. Young enthusiasts sometimes treat is like play, grooming their horses and ‘feeding’ them daily, but even the older girls give their horses names, personalities and backstories.

I must say, when I first saw a video of a hobbyhorse competition doing the rounds on social media, I rolled my eyes and kept scrolling through my Facebook feed. But now that I’ve read a bit more about it, I actually kind of understand it. For individuals without the economic means, geographic location or ability to learn to ride, competitive hobbyhorsing allows them to live out their equestrian dreams. Much like horse riding, hobbyhorsing is helping young girls (and boys) build their confidence, find their niche and a sense of community, and experience important life skills like goal-setting and teamwork. It gets them off their phones and out and about doing physical exercise.

What’s not to love about that?