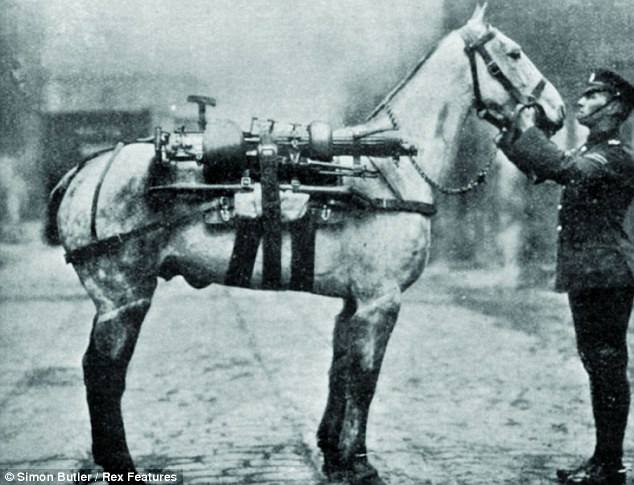 Sir Winston Churchill was an animal lover, there’s no doubt about it! When it came to the end of World War One he couldn’t stomach the idea of leaving the trusty steeds of the British cavalry behind, so he intervened and secured the safe return of tens of thousands of warhorses stranded in Europe.

During the war, the British military was heavily dependent on horsepower to carry men, supplies and artillery. They spent more than £36 million during the war to purchase 1.1 million horses from Britain, Canada and the United States to transport everything.

Historians have found documents in the National Archives at Kew from the War Office which reveal that tens of thousands of the horses were at risk of disease, hunger and even death at the hands of French and Belgian butchers as they couldn’t get them back to British soil. Churchill was aged 44 at the end of the war and was the Secretary of State for War and reacted with horror and anger as he was informed of the horses’ treatment and took a personal interest in their plight.

On 13 February 1919, Churchill wrote to Lieutenant General Sir Travers Clarke, then Quartermaster-General: ‘If it is so serious, what have you been doing about it? The letter of the Commander-In-Chief discloses a complete failure on the part of the Ministry of Shipping to meet its obligations and scores of thousands of horses will be left in France under extremely disadvantageous conditions.’

Thanks to Sir Winston Churchill’s intervention, extra vessels were sent to collect the horses and the number of them returning to English soil rose to 9,000 a week. In the end, close to 62,000 horses were returned home to England.

So if it weren’t for Churchill, Britain would have lost thousands and thousands of horses simply because they were going to be left behind. I don’t know about you, but I would have helped in any way I could to get my horse back from that dreadful war. Would you have too?