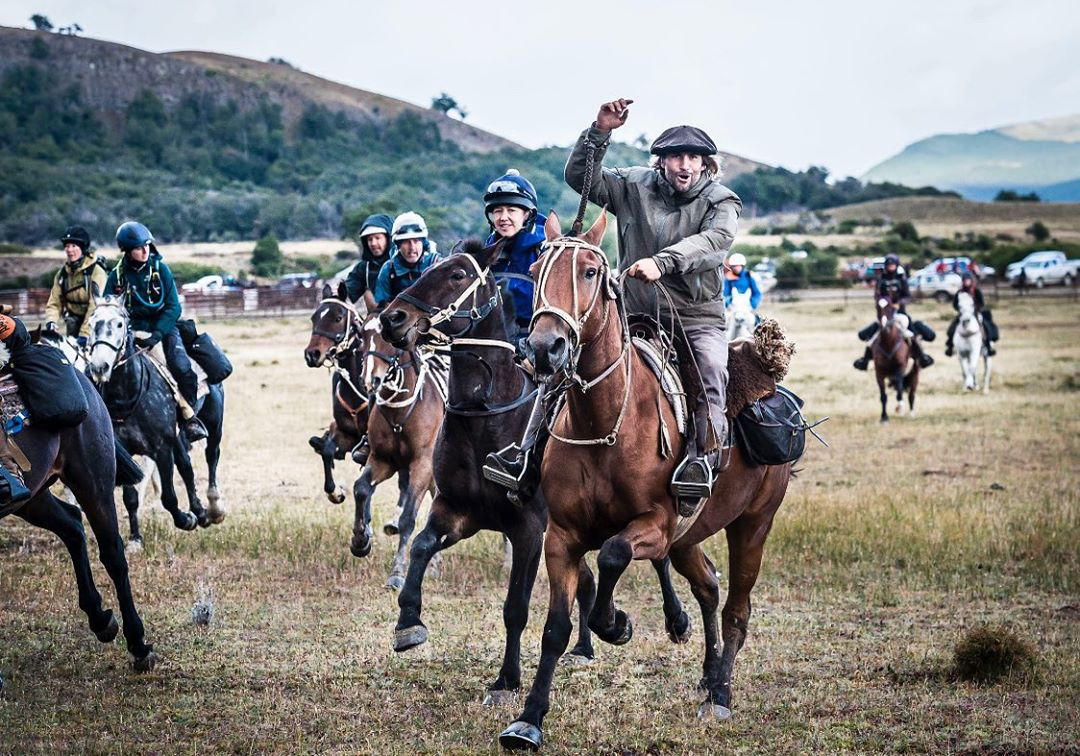 For globetrotters who have ridden The Patagonia Trail in Argentina or our safari ride in Kenya’s Maasai Mara, it’s common knowledge that guide Jakob von Plessen is a force of nature – a human whirlwind of charisma and courage with a penchant for sniffing out adventure. So it will come as no surprise to hear that Jakob played a big part in the debut run of the Gaucho Derby, a 10 day, 500 kilometre horseback race across the Patagonian wilderness!

The Gaucho Derby is the second long-distance horse race created by The Adventurists, a group who describe themselves as ‘generators of odysseys and chaos’. You know you’re in for a hell of a ride when the organisers say getting lost and in trouble is ‘an art-form. One we strive to perfect.’

The Adventurists run a number of competitions in far-flung corners of the world, from transnational rickshaw runs to paramotoring endurance races (yes, really!). Competitors raise money for charities, with half going to a charity of their choice and half going to Cool Earth, an organisation that keeps carbon dioxide out of the atmosphere by working with Indigenous communities to protect rainforests from deforestation. So far, The Adventurists have raised over £8 million through their epic, thrillseeking races.

The Adventurists’ first horse race, the illustrious Mongol Derby, has been running since 2009, and in 2020 they decided it was high time that ‘the world’s toughest horse race’ had a sister. That’s when Adventurist Tom Morgan had the good sense to reach out to our very own Adventurist extraordinaire, Jakob, and the Gaucho Derby was born!

What happened next? Read on to find out. 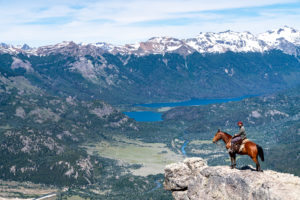 What was your role/job in the 2020 Gaucho Derby?
I knew the landowners along the route and I connected everyone. The three days before the race were a bit of a crash course in navigation, tacking up, gaucho gear and all that, and I was willing to give a hand with whatever needed doing. Then during the race my role was to compete, but unofficially, since I rode the course on the test run. I also wanted to race with a slightly different format: I didn’t want to change horses along the route, I wanted to ride the whole thing with just two horses. 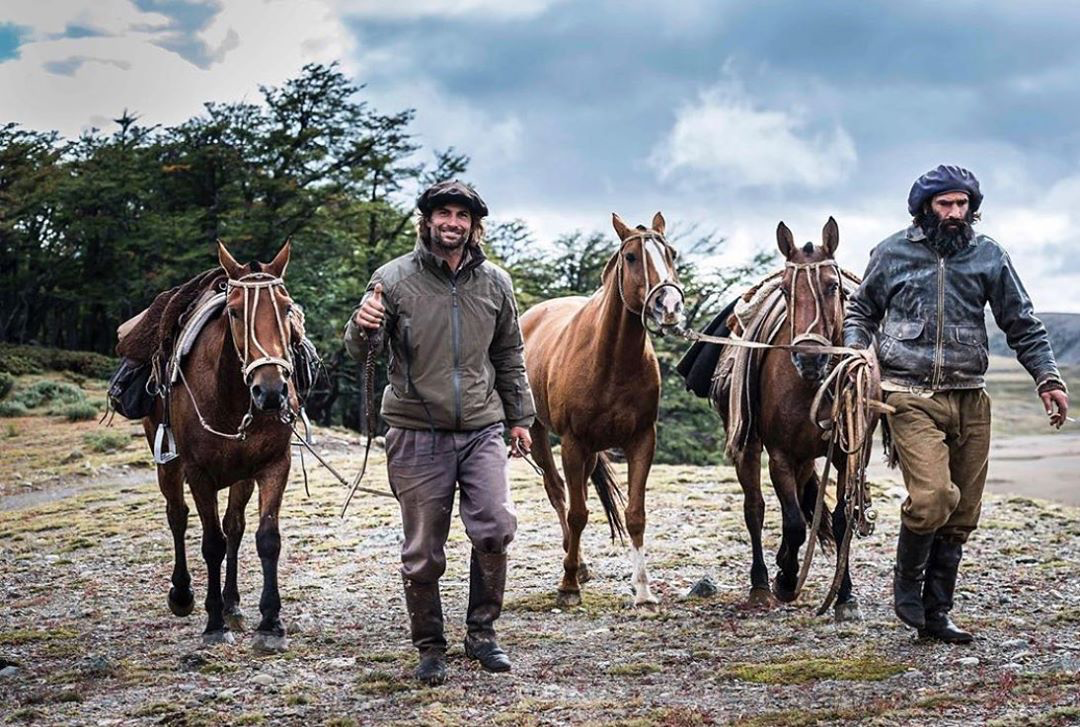 Which horses did you choose for this trek, and why?
I took down my two best horses, the two horses I thought would be the best for this race: a Criollo-Arab cross called Domino and a Criollo-Percheron cross called Toro [pictured above with Jakob on the left]. Toro is like a tractor, he’s a big horse with very good stamina. Domino came because the Gaucho Derby had organised two fast legs of the race and they were going to use purebred Arabs for those sections. I knew that even though I had a navigational advantage because I had pretty much designed the race, the others could catch up with me easily there. That’s also why I chose to handicap myself by racing with only two horses, because I had other advantages over everyone else.

What was the highlight of the experience for you?
The highlight of the race was pretty much every moment out there! I chose to start fast because everyone knew that I would know better than anyone else where to go, and I didn’t want them to follow me. So I thought the best thing would be for me to start flat out, get ahead and try to get away from the crowd. I knew a lot of people would want to stick up the front with me to avoid navigation. But after about four hours I ended up at the front on my own, and I’d never been completely alone up there – you’re always with someone else. That was definitely a highlight. 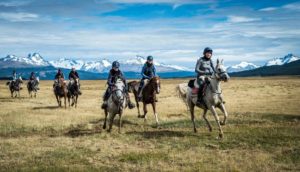 What was the most challenging part?
The most challenging part was the rescue. We had to rescue about 12 people who got stuck up on the mountain in a snowstorm. I also got bogged really badly twice. One of those times, you couldn’t see it through the bog, but the horse had wedged its leg in a log that was about a metre under the surface. I was on my own, but luckily I had a machete with me, so I dug out the mud and then chopped that branch so the horse could get out. It was quite nerve-racking. For a second there, I thought I wouldn’t be able to get him out.

Well, we haven’t felt this grateful to have Jakob guiding our globetrotters through the Patagonian wilderness since we were clambering over the Pass of Tears ourselves! A HUGE congratulations are in order for Jakob and his trusty horses. To not only map out the route but also help plan the event, train the contestants and ride the race with just two trusty steeds is a feat worthy of a true gaucho!

P.S. if you’re after a slightly less extreme Patagonian adventure, you MUST take a look at The Patagonia Trail.

OH, and to see the video that Dior {yes, the luxury fashion house!} created of Jakob living the gaucho life in Patagonia, click here! 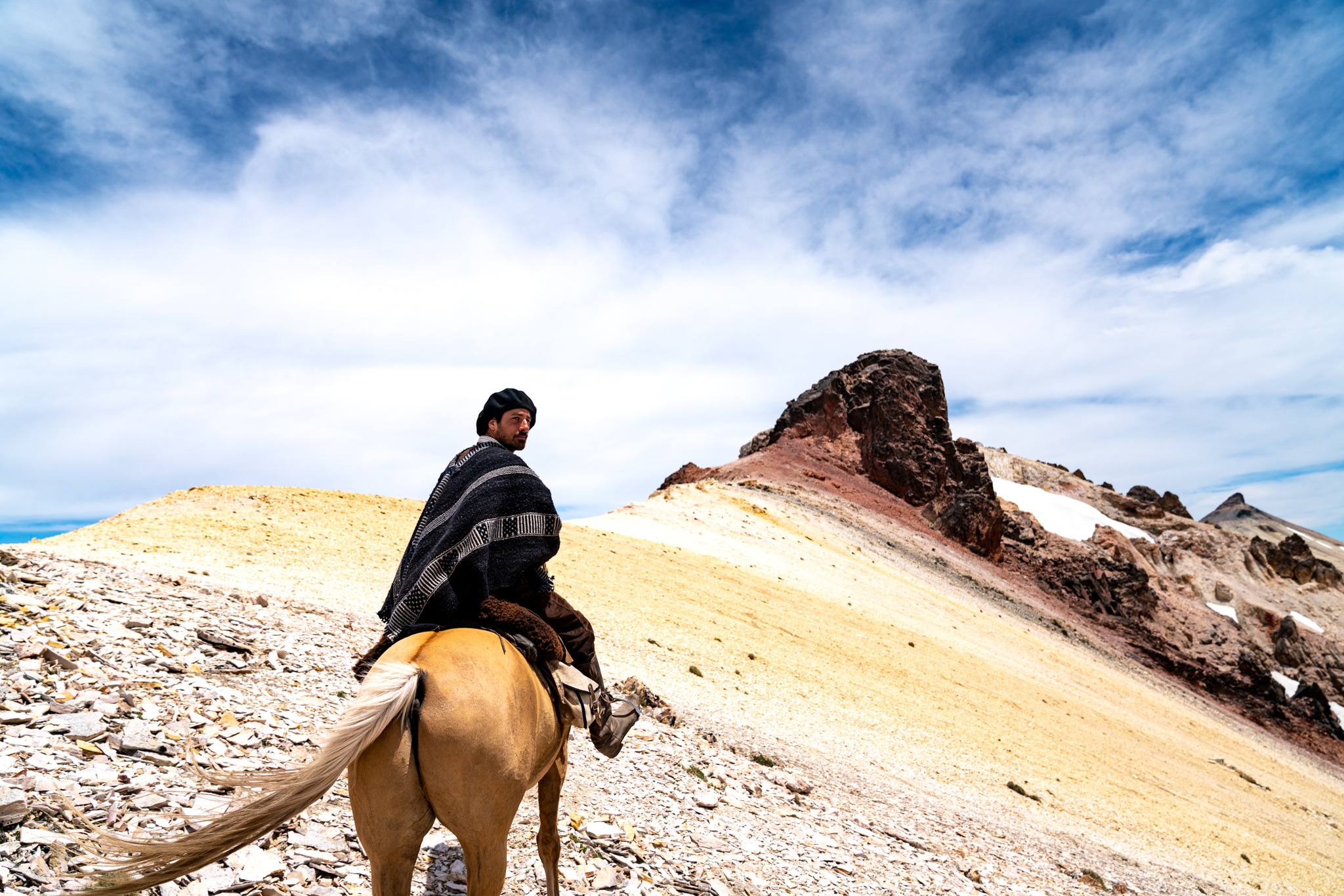