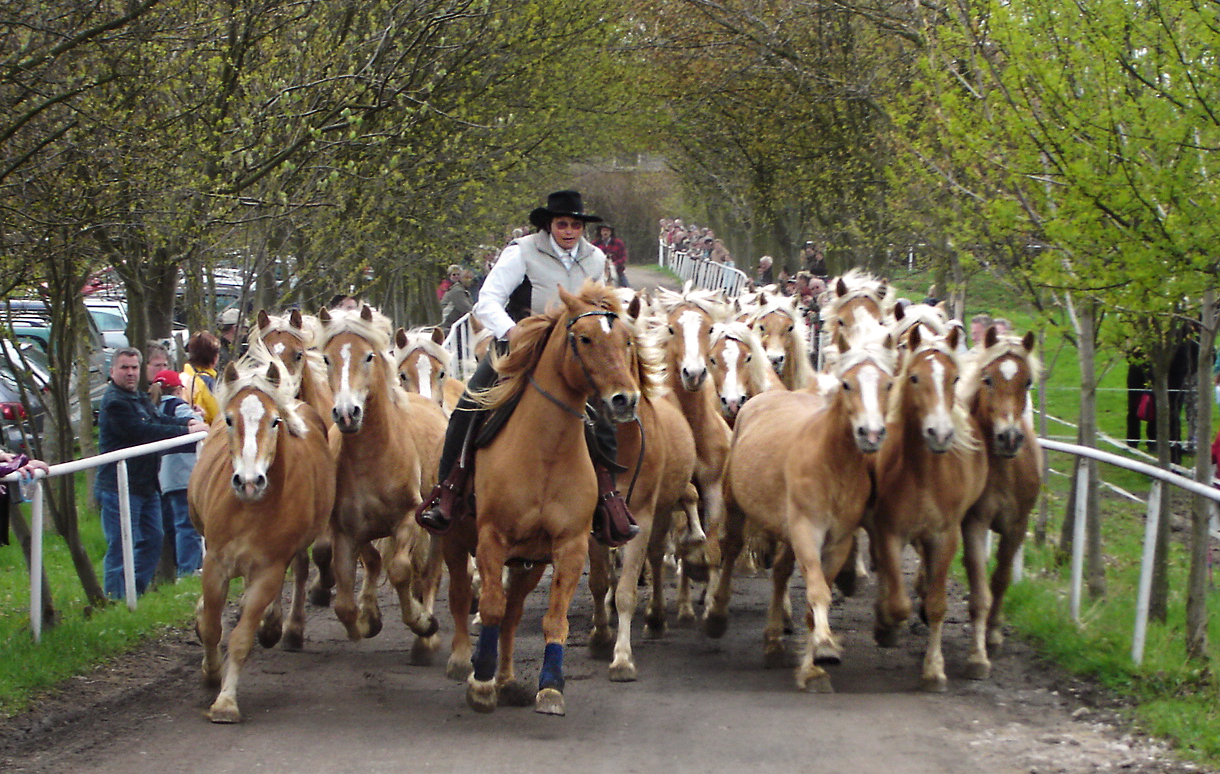 This may just be the cutest horse event you’ve never heard of, globetrotters!

Nestled among the mountains of central Germany is Meura Stud Farm, the biggest Haflinger stud farm in Europe. Winters in Germany are harsh, and the stud keeps its herd safe and comfortable in barns throughout the coldest months. Then, when spring finally turns the pastures green again, the horses are set loose in a free-running parade that attracts thousands of spectators! A single line of fencing separates the joyous mares and foals from the people who have come to revel in their freedom. The Haflingers’ return to pasture truly marks the start of spring in this region, and everyone is ready to celebrate!

Are you ready to see it for yourself? Check it out:

Want to ride a Haflinger? Check out our ride in the Dolomites, Italy!