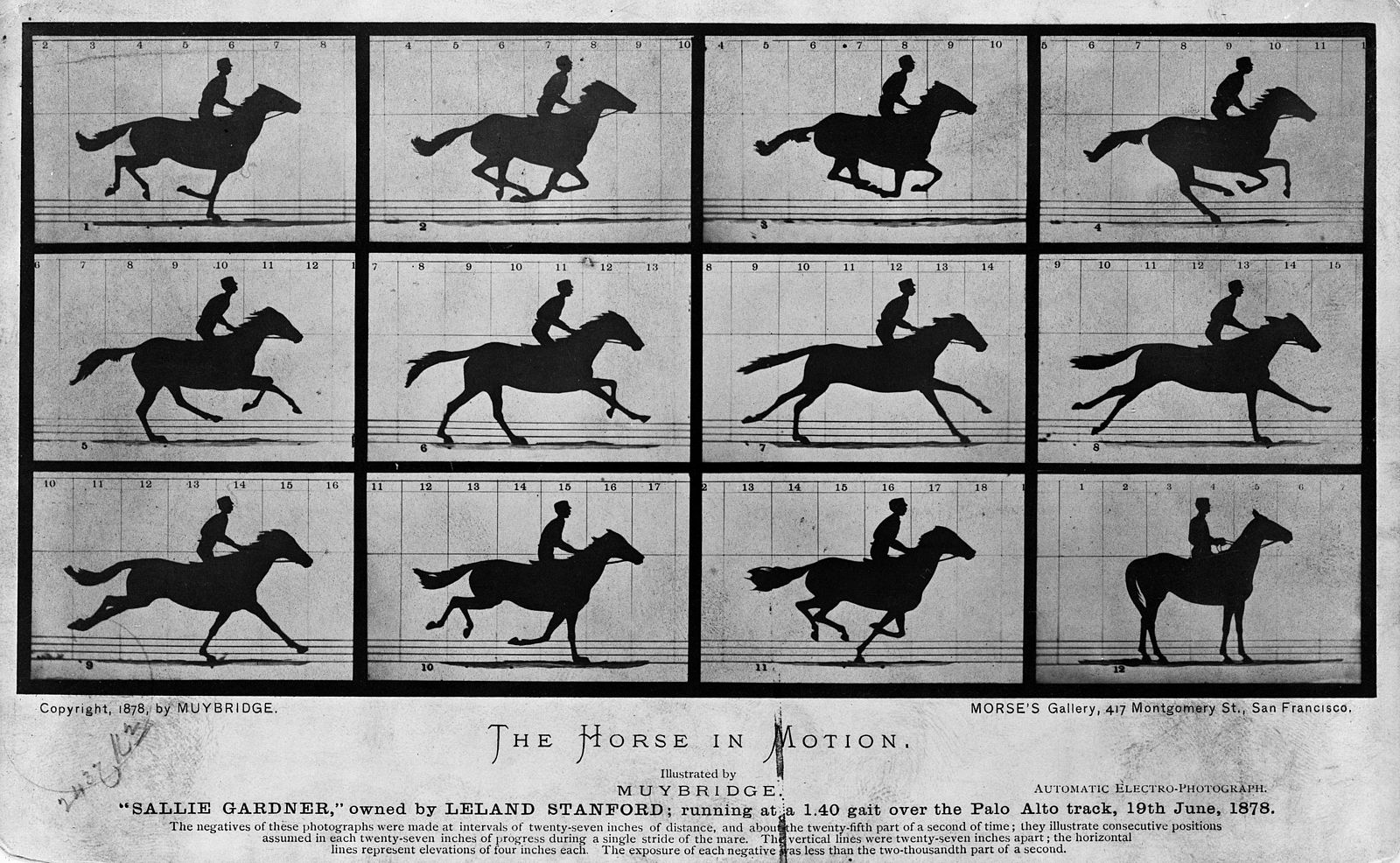 Did you know that the first ever motion picture featured a horse and rider?

In 1873, Leland Stanford, horse breeder and founder of Stanford University, commissioned Eadweard Muybridge to photograph his prized trotter, Occident. In doing so, Stanford wanted to settle a long-disputed question: does a horse have all four hooves off the ground at once while running? Muybridge’s photography of Occident at a racing trot proved that this was the case, although it was dark and blurry and never published.

Determined to produce better results, Muybridge spent five years developing his photography and in 1878, a second attempt was made. This time, he set up 24 cameras alongside each other to record consecutive milliseconds, essentially creating a stop-motion film. The shutter of each camera was set off by a thread as Stanford’s racehorse mare, Sallie Gardner, galloped past.

And this time, it worked. The photographs showed the mare’s movement with great clarity and proved Stanford’s theory that all four hooves leave the ground when a horse runs. Many people thought this was impossible, while others believed it was likely – although they imagined the horse would have all four legs extended outwards, rather than tucked underneath, when airborne.

In order to view these photographs, Muybridge invented the ‘zoopraxiscope’, which is now considered an early film projector, and the footage is now recognised as the first-ever motion picture. You can check it out on YouTube.

Muybridge went on to photograph many more horses in motion, including the racehorse Annie G., pictured above. He also expanded his studies into the movement of humans and other animals. His photography greatly increased our understanding of locomotion and aided in the development of many fields, from horse training to riding to the arts, and not least cinematography. It even helped to justify and develop the modern ‘forward’ jumping seat!

If you’d like to learn more about Muybridge’s life and photography, watch this great video by the San Francisco Museum of Modern Art.